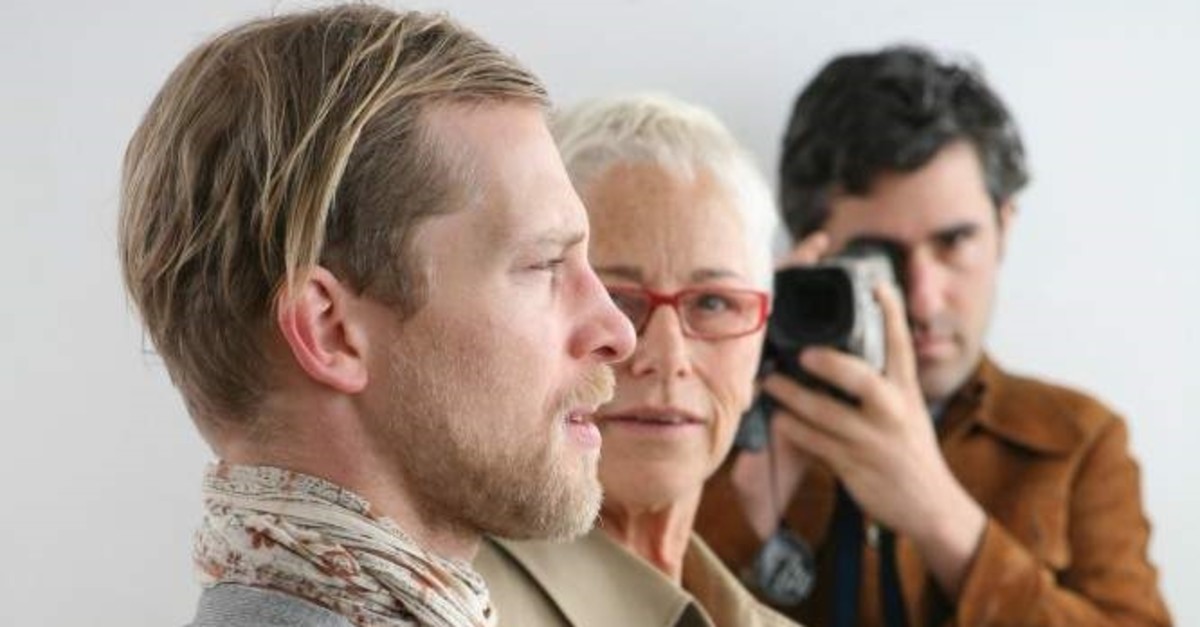 Pera Museum Movie Programs is preparing to offer the “Chosen Families: Tomer Heymann” selection to moviegoers. The retrospective selection focuses on six films, which question the concept of family, by veteran documentary filmmaker and director Tomer Heymann who continues to focus on humans while pursuing reality. The selection, which will be screened free of charge at Pera Museum from Nov. 13 to Nov. 19, consists of six documentary films that explore with an honest and sensitive perspective the concept of family, the ones we are born in and the ones we choose, and the feelings that arise from being together.

The program includes “It Kinda Scares Me,” which strives to reveal the power of gender and mutual understanding through the story of an acting coach and the “delinquent” students he trains; “Paper Dolls,” which explores the changing models of global migration and the expanding concept of family through the perspective of Filipino trans sex workers living illegally in Israel; “I Shot My Love,” an intimate portrait of love and roots based against the backdrop of Heymann’s meeting with Andreas Merk; “The Queen Has No Crown,” a poignant combination of the mental maps of family, loss and homelessness; “Mr. Gaga,” a film shot over the course of eight years, portraying a combination of rehearsal footage, never-before-seen collection of archival material, and breathtaking sequences of dance; and finally, “Who’s Gonna Love Me Now?,” the story of Saar Maoz who tries to preserve his true self as he tries to find his way in two very different worlds.

After the screening of the film “The Queen Has No Crown” at 3 p.m., Sunday, Nov. 24, the audience will have the opportunity to participate in movie critic Nil Kural’s interview with director Tomer Heymann.

‘It Kinda Scares Me’

“It Kind Scares Me” is about an acting coach and the “delinquent” children he trains. In their world, challenge is everything, and Friday nights are fight nights. Tomer Heymann, both a director and an acting coach, encourages children to create something by using their inner pain and the marginalization they experience, while they try not to compromise on their precious machismo unique to Israel. The boys are shocked when Tomer announces to the group that he is gay, but the director's dedication to the play is enough to win their heart, and they continue to prepare for their performance, which will be the voice of Israel's outlier youth.

“Paper Dolls” is a documentary film that deals with the evolving models of global migration and the expanding concept of family through the perspective of Filipino trans sex workers living illegally in Israel. Kicked out of the house by their families for their sexual orientation, these individuals offer daily care to elderly Orthodox Jewish men, 24 hours a day and six days a week as boarders, striving to earn money and send it to their families in the Philippines who have rejected them. On their once-a-week night off, they strive to live out their personal dreams as drag queens in a group called The Paper Dolls, within the confines of the relative freedom that cosmopolitan Tel Aviv offers. The Paper Dolls, who often has to deal with hard working conditions, the threats of street criminals, the fear of terrorist bomb attacks and the constant threat of deportation, manages to bring a rare spiritual richness, humanity and the desire to live into the film frame.

Tomer Heymann comes to the country of his ancestors to present his film "Paper Dolls" at the Berlin International Film Festival, where he meets a man who will change his life. Starting at Berghain Panorama Bar, this 48-hour love affair turns into a pivotal relationship between Tomer and German dancer Andreas Merk. When Andreas decides to move to Tel Aviv, he not only has to deal with a new partner, but also has to overcome the complex realities of life in Israel and his personal connection with those realities as a German national. Tomer's mother, a descendant of German immigrants, was born in a small Israeli village where she raised her five sons and lived there all her life. Seeing that her children one by one are leaving the country that she and her family built, the mother now has no choice but to influence the life of Tomer, the only child of her who is now with her.

‘The Queen Has No Crown’

A striking intellectual experience on the mental map of family, loss and homelessness. The film looks at the decade of the five brothers and their mothers' intertwined lives through the window opened by the joy that is created by the pain of exile and family ties. Examining the political framework of belonging, displacement and homosexuality, the film explores the difficult decisions an Israeli family has to make, and the strong bonds that unite them in the face of complicated life choices.

Ohad Naharin, considered one of the most important choreographers in the world, is the artistic director of the Batsheva Dance Troupe. This emotional documentary, which bears significant insight into the life, introduces the audience to a man with a strong artistic vision and an extraordinary vision at a critical turning point in his life. In this documentary film, which was filmed over the course of eight years, director Tomer Heymann offers a combination of rehearsal footage, never-before-seen collection of archival material, and breathtaking sequences of dance. The result is an art genius that you can watch with bated breath.

Directed by Barak Heymann and Tomer Heymann, the documentary film centers on Saar Maoz, a gay and HIV-positive man, torn in between his “open” life as a member of the London Gay Men’s Chorus and his desire to reconnect with his Jewish Orthodox family in Israel. The film delves deeply into issues of masculinity, religion, family and gender. The film portrays the journey of Maoz who tries to preserve his true self as he tries to find his way in two very different worlds.