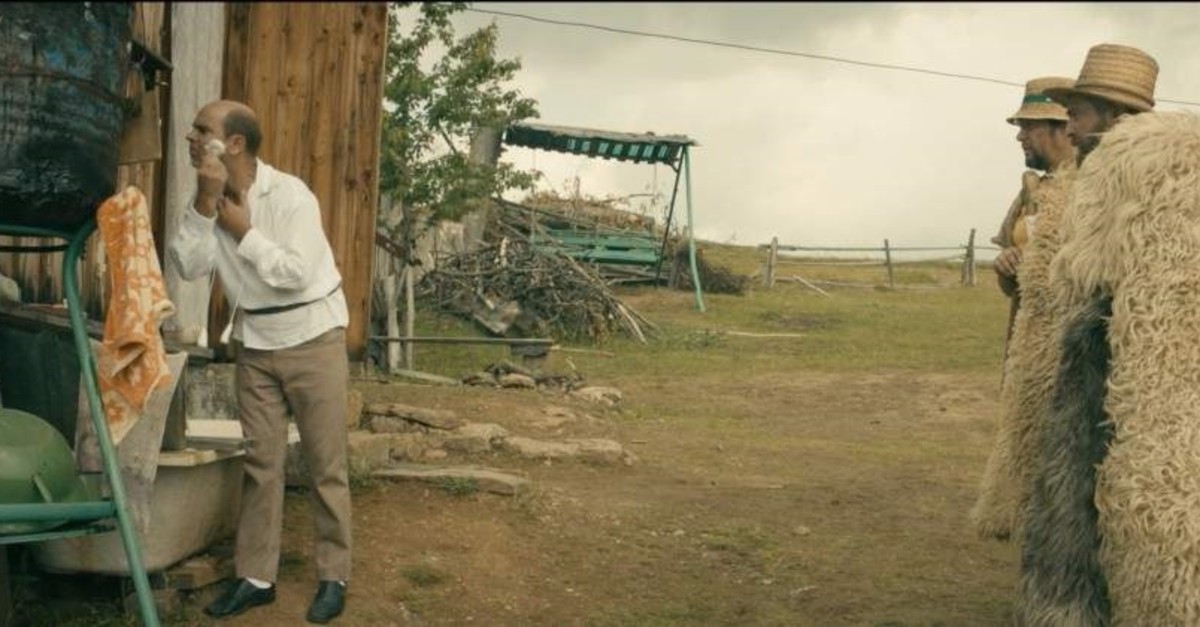 Akbank Sanat is hosting five outstanding films from contemporary Romanian cinema Nov. 9-26. At the event, which will be held with the contribution of Istanbul Dimitrie Cantemir Romanian Cultural Center, cinema lovers will have the opportunity to watch the films “Le Concert,” “Morometeii 2,” “Thou Shalt Not Kill,” “PUP-O, MA!,” and “Coboram La Prima.” “Le Concert” was presented to the audience on Nov. 9 in French and Russian with Turkish subtitles, and “Morometeii 2” was screened at 7 p.m. on Nov. 14. Other films will be screened in Romanian with Turkish subtitles. Tickets are available on Biletix and at Akbank Sanat’s Information Desk.
“Thou Shalt Not Kill” will be screened at 3 p.m. on Nov. 16. Directed by Gabi Virginia Sarga and Catalin Rotaru, and starring Codin Maticiuc, Cristina Flutur and Alexandru Suciu, the film tells the story of Cristian, a young, idealistic surgeon working in a Bucharest hospital. Cristian is the only one bothered by unexpected patient deaths after successful operations. He discovers that this is caused by the ineffective biocides the hospital has been using for years and tries to make it public; despite his efforts, the issue receives little attention.
“PUP-O, MA!” will be screened at 7 p.m. on Nov. 21. Directed by Camelia Popa and starring Alexandru Pop, Cosmin Selesi and Alin Panc, “PUP-O, MA!” focuses on the belief in Rachitele village that if you kiss a girl on “Wool Day,” she will be your wife. Three shepherds try every possible way to kiss one.
“Coboram La Prima” will be screened at 7 p.m. on Nov. 26. Directed by Camelia Popa and starring Contantin Cotimanis, Victoria Cociaş and Iulian Burciu, the film is about that an underground train that stops between stations in the morning after the fire at the Collective Club. Passengers have to contact and assist each other. This is a film about how much there can be much to share with strangers.
Last Update: Dec 20, 2019 1:41 am
RELATED TOPICS