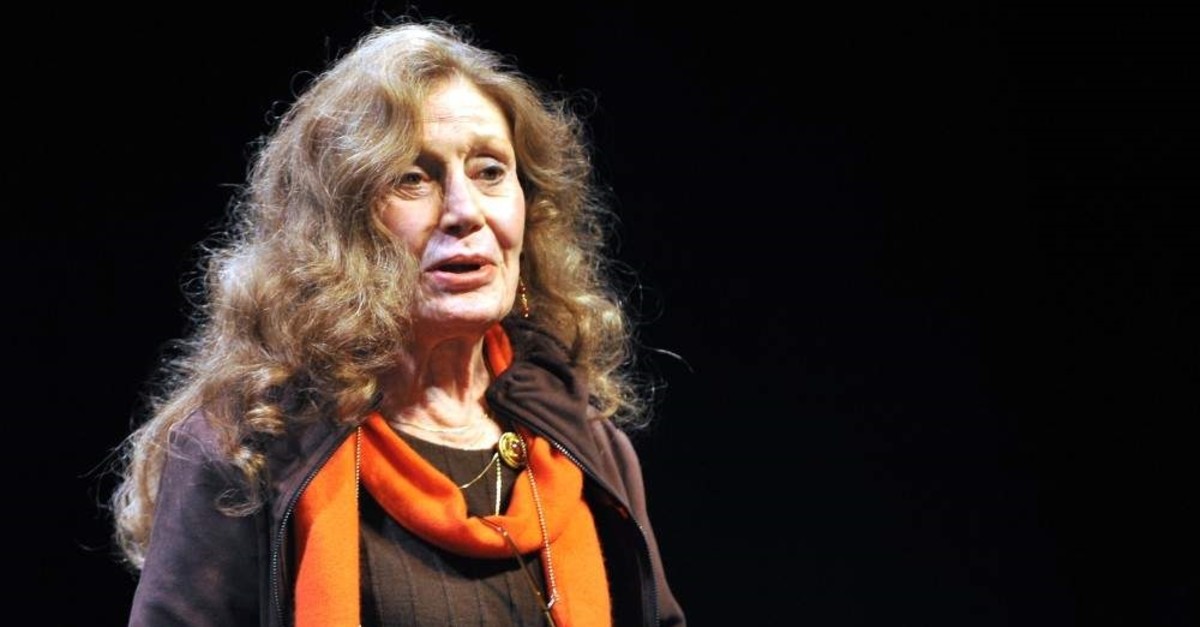 Veteran actress of Turkish cinema and theater Yıldız Kenter passed away in Istanbul on Nov. 17, leaving behind a rich acting legacy spanning 60 years

Since the pioneers of Turkish cinema were also the doyens of theater in Turkey, the history of cinema in the country was written by stage artists. Muhsin Ertuğrul, who acted and directed for both the stage and the big screen, was a huge figure in the cinema era influenced by theater, a period considered an obstacle for authentic cinema. It’s also an interesting point that Muhsin Ertuğrul's era of cinema lasted throughout Turkey's time of single-party rule; once democratic elections took over, Ertuğrul cinema was history.

After the successful movies of the early 1950s, stage artists lost their favorability on the big screen. Many good-looking, talented but inexperienced young people became cinema artists, and the audience, which was much bigger than the audience of the stage artists’ cinema, loved them. Therefore, the stage and cinema parted ways in the 1980s, when Turkish cinema experienced a crisis and lost its audience.

There are of course some exceptions to the stage-cinema separation. Hulusi Kentmen was a movie star who balanced cinema with the stage. Kentmen played in hundreds of movies; however, he continued his stage career and even had a private theater company of his own.

Yıldız Kenter was another exception of the stage-cinema dichotomy. Raised by Muhsin Ertuğrul, the doyen of the Turkish stage-theater and theater-like cinema, Kenter remained a stage actress until the end of her long life. Yet, she also starred in various movies, some of which were highly praised by the audience and the critics.

Yıldız Kenter was born Ayşe Yıldız Kenter on Oct. 11, 1928, in Istanbul to a Turkish-British couple. Her father, Ahmet Naci Bey, was a young diplomat who acted as the chief of staff for İsmet İnönü during the negotiations of the Lausanne Treaty. Ahmet Naci Bey was from an aristocratic Ottoman family living in a classic kiosk in Çamlıca, Istanbul. Ahmet Naci’s father was a member of the Meclis-i Ayan, the Senate of the Ottoman Empire, while her grandfather was the kadi (Muslim judge) of Baghdad.

Kenter’s mother, Olga Cynthia, or “Nadide” as she was registered after she converted to Islam, was a Londoner who married a British man and had a son named Jack before her marriage with Ahmet Naci Bey. Cynthia’s first husband was killed in World War I. She met Ahmet Naci Bey at a diplomatic reception in London. They fell in love with each other and got married despite her being a foreigner with a baby from a previous marriage.

Ahmet Naci and Cynthia had children of their own, as well. Yıldız Kenter was the fourth of their children. Her youngest brother Müşfik Kenter was also a great stage actor, who was famous for reciting poetry.

Meanwhile, Ahmet Naci Bey was obliged to resign from the Ministry of Foreign Affairs because of a new code enacted saying Turkish diplomats could not marry foreigners. After his resignation, Ahmet Naci worked as a translator for some time before he found a job at a bank. However, the Kenter family fell into poverty after Ahmet Naci Bey’s obligatory resignation. They even sold their kiosk in Çamlıca. Yıldız Kenter remembered those days, saying: “We always lived in poor neighborhoods in both Ankara and Istanbul. We moved from one house to another, because the new one was cheaper than the previous one. It was funny that my mother criticized Turkish mothers’ giving birth to too many children, while she herself gave birth to six.”

Despite their poverty, the Kenter home was full of love and happiness. They loved to help others, too. “Our home was like a caravanserai since my mother took anyone to live with us,” Kenter said in an interview. “A woman kicked out of a hospital with two kids, an elder lady begging on the street, a Frenchman, who was a fugitive, a Scot named Cock, and countless stray dogs and cats. We were a bizarre family, yet a happy one.”

Born for the stage

Kenter won a Rockefeller scholarship and visited the United States to study acting and new techniques on acting at the American Theatre Wing, Neighborhood Playhouse and Actors Studio. After her return, she was assigned as a professor of acting at the State Conservatory. She also acted on stage for Ankara State Theater.

In 1959, Kenter resigned from Ankara State Theater and established the “Kenter Tiyatrosu” (Kenter Theater) with her brother Müşfik Kenter and husband Şükran Güngör. Yıldız Kenter was named “Woman of the Year” in 1962 for her service to Turkish theater. She played in more than 100 stage plays, including Shakespeare and Chekhov dramas besides Turkish dramas written by prominent playwrights. Kenter could perform both in Turkish and English. She presented plays in both languages in many cities, including Moscow, New York and London.

Kenter received her first role, a theater-like epic drama, on the big screen in 1951. On the other hand, her real debut film was "Pembe Kadın" ("Pembe the Woman") (1965), in which she acted as an older village woman who tried to run her family after her husband left her. The dramatic intensity, devotedness and passion Kenter brought to her role as an older woman in a difficult situation stuck to her name and producers knocked on her door to make more films.

Kenter played the sacrificing mother role for a decade from the mid-1960s to the mid-1970s, which brought her three Golden Oranges at the Antalya Film Festival. However, her best role was Olcay Hanım, a lonely old Istanbulite woman in “Hanım” ("The Lady") (1989), directed by Halit Refiğ. Kenter was awarded "Best Leading Actor" at the Corsica-Bastia Film Festival for her role in "Hanım."

Kenter was named a "state artist” in 1981 by the military regime of the time. In 1995, the Ministry of Culture granted her the Honor Award for her lifetime work. She also received the Presidential Culture and Arts Grand Award in 1998.