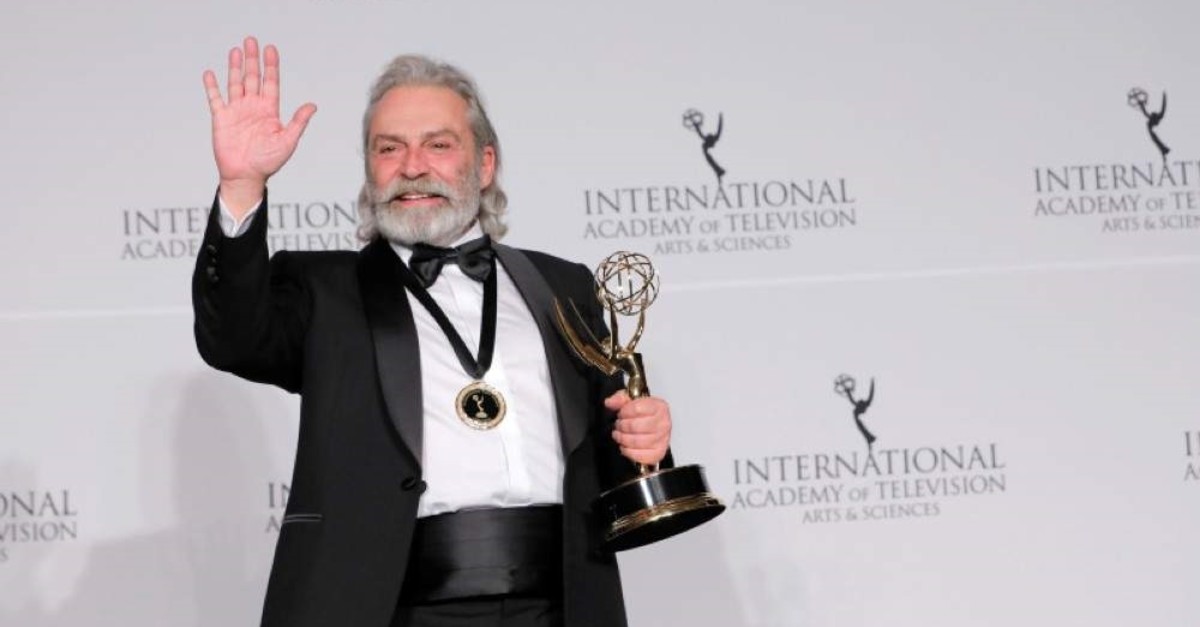 Haluk Bilginer won the Best Performance by an Actor award Monday at the 47th International Emmy Awards in New York for his performance in the TV series "Şahsiyet" ("Persona").

"I am very happy that this award went to Turkey more than myself,” the 65-year-old actor told Anadolu Agency (AA).

"It is very pleasing that work we do with love and admiration is appreciated by others on an international platform and crowned with an award.”

In the miniseries, Bilginer plays a man diagnosed with Alzheimer's who is cursed to eventually lose all his memories.

Bilginer’s character, however, turns the ailment into an opportunity in which he can execute guilty people without fear of suffering pangs of conscience.

The 12-episode series won acclaim from viewers in Turkey and abroad and is rated 9.1 out of 10 on the Internet Movie Database (IMDb).