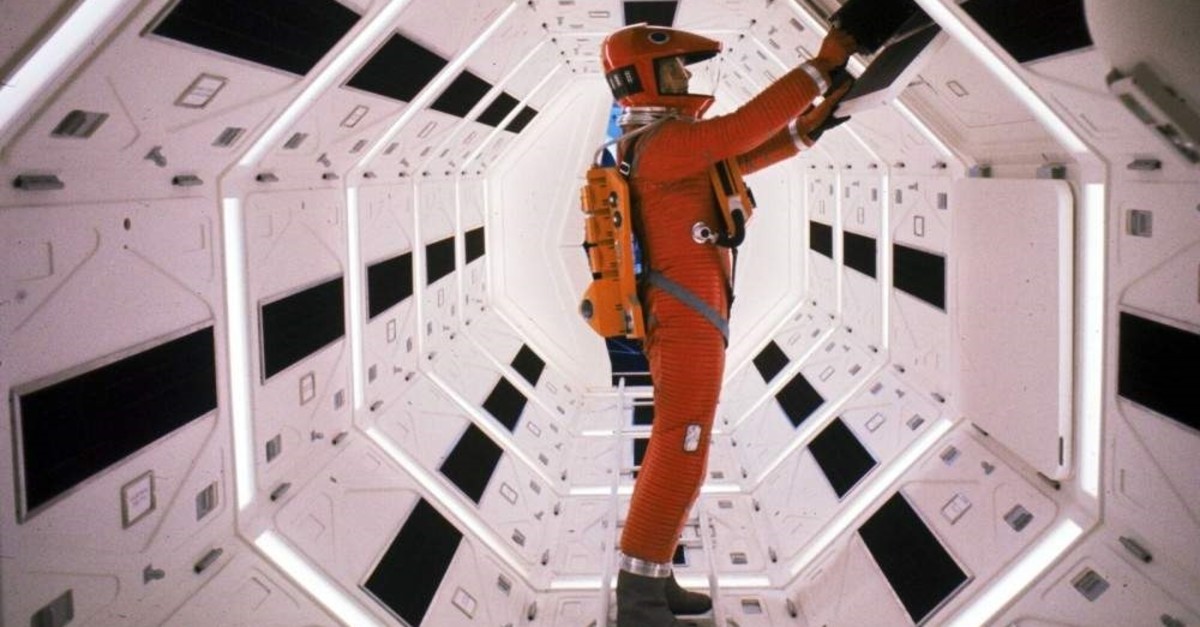 
Kundura Cinema, located in the boiler room of the old Beykoz shoe factory, continues to be the intersection of arts and culture this December with its program including Kundura Cinema Open Screen, Hollywood Classics Special Screenings, public screenings and film selections.
Austrian director Fritz Lang’s silent film “Woman in the Moon” is considered as one of the first examples of the sci-fi genre. The film will be screened as a part of the “Live Music to Silent Film” events of Kundura Cinema with a special performance of well-known pianist and composer Donald Sosin on Dec. 1 at 4 p.m. With 48 years of experience in performing at major film festivals and archives, from MoMA, Lincoln Center, Telluride, San Francisco and Seattle to Pordenone, Bologna, Berlin, Vienna, Moscow, Odessa, Bangkok and Shanghai, and many college campuses across the U.S., Donald Sosin is one of the foremost silent film composers in the world. Sosin will be performing for the first time in Turkey for Kundura Cinema guests.
Cult classics acclaimed director Stanley Kubrick’s “2001: A Space Odyssey” is a mind-bending sci-fi symphony. Based on Arthur C. Clarke's story “The Sentinel,” “2001: A Space Odyssey “pushed the limits of narrative and special effects toward a meditation on technology and humanity. The film structured in four movements became one of the most popular films of 1968. It will be screened on Dec. 8 at 4 p.m., on Dec. 14 at 4 p.m. and on Dec. 28 at 4 p.m.
Open Screen
The new project of Kundura Cinema entitled Open Screen offers a fresh platform for emerging directors to meet the audience. An open call which took place in November invited all young filmmakers to run their short films on the silver screen for the first time. The first-ever screening of Kundura Cinema Open Screen will be held on Dec. 15 at 4 p.m. Screenings will be open to the public and will be free of charge.
Hollywood Classics
Offering a second chance for those who missed in the November program; inspired by the Tennessee Williams’ Pulitzer Prize-winning play, “Cat On A Hot Tin Roof” will be screened for
the second time on Dec. 27 at 9 p.m. at Kundura Cinema. Elizabeth Taylor starring as the lead actress, the film focuses on an alcoholic ex-football player named Brick and his
reunion with his father, Big Daddy, who is dying of cancer. Save the date for the beloved Hollywood Classics program with complimentary drinks and nibbles.
The December film program also includes selected films from last month's program entitled “A Journey to the Moon." It is a second chance for those who missed this enchanting journey into space. The film selection includes; “Ticket to the Moon” by the director Veronika Janatkova reflecting on the Cold War Period, where political and economic tensions permeated daily life; Ron Howard’s “Apollo 13,” masterpiece of the acclaimed director who built a set inside NASA to create a microgravity effect; receiving numerous positive and negative criticism after its premiere at the 2016 Tribeca Film Festival the documentary “Houston, We Have A Problem!” by the Slovenian director Ziga Virc; portraying hope for better and morally more advanced humankind “Voyage to the End of the Universe Ikarie XB 1” by Jindrich Polák and the silent film “Woman in the Moon” by Fritz Lang.
Public screening
The public screening program “Even If Didn’t Happen, It’s True” running parallel to the film program of the celebration of the 50th anniversary of the historic moon landing includes mid and short length: “Firmamentum Continuitas,” “Genghis Khan Conquers the Moon” and “Dark Side of the Moon” which will meet audiences in Kundura Cinema’s enchanting atmosphere.
Last Update: Dec 20, 2019 2:01 am
RELATED TOPICS