In memory of Aşık Veysel: The International Amity Short Film Festival ready to kick off 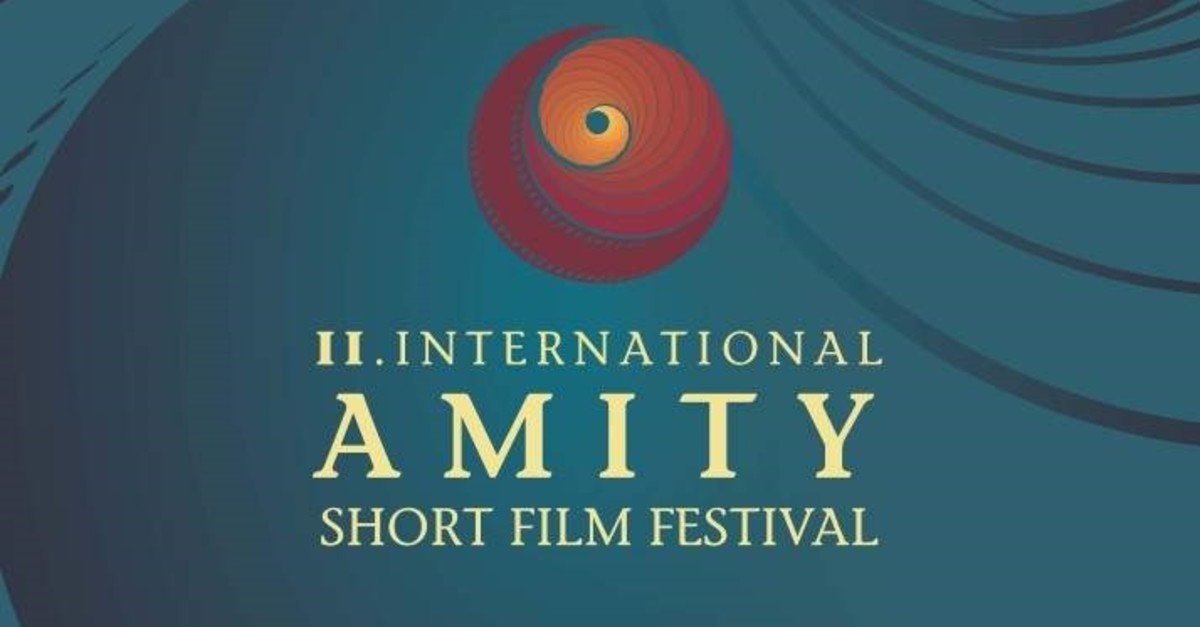 The 2nd International Amity Short Film Festival, to be held from Dec. 13 to Dec. 15, will commemorate late minstrel Aşık Veysel.
This event will feature 50 short films and four feature films for moviegoers. This year's festival received submissions of over 750 films from 62 countries. The films will be screened at Fitaş Cinema, SALT Galata and Zeytinburnu Cultural Center.
Alongside the film screenings, a talk titled, “Experiences in transition to feature-length” will take place at SALT Galata on Dec. 14. The panel will be moderated by festival Director Faysal Soysal and include jury chair Reis Çelik, Nima Javidi and Ado Hasanovic.
Soysal announced the program for the Festival at an introductory meeting held in Akademi Beyoğlu on İstiklal Avenue on Dec. 4. “This year, we are holding our festival in memory of our precious minstrel Aşık Veysel, who has all the definitions of friendship we desire, who, despite his own dark world due to his blindness, shed light on his time and the present. He created immortal notes with his instrument not only on his own homeland but also in regions of the world hungry for friendship and love.”
According to Soysal, from the 750 submissions, 16 special short films from 11 different countries will compete for the awards. This selection, consisting of everything from animated movies and fiction films, includes three films from Turkey, four from Iran and one each from the Netherlands, the U.S., Italy, China, Taiwan, Iraq, France, Kosovo and Russia. In addition to the competition selection, the festival is divided into three other sections: 40 Years of Gratitude, Special Screening and Panorama.
A look into sections
Faysal Soysal stated that 40 Years of Gratitude was named directly after the concept of amity which is the name and theme of the festival. “We attach special importance to this section as it brings identity and memory to the festival. Everyone living in this region knows the idiom that "a single cup of coffee is remembered for 40 years’ and it is known to the world that this coffee is Turkish coffee. Based on local identity and unique values, we prefer to use our own special selection name.” Soysal iterated that they invite everyone to “friendship,” a universal theme based on locality, noting that they offer the audience all kinds of short films that point directly or indirectly to the theme of friendship.
The festival's General Coordinator Lütfi Şen said honorary awards will also be presented during the festival. “We are delighted to present the ‘Amity Honorary Award’ to the two masters, Mevlüt Koçak and Gülsen Tuncer, who inspired us with their friendship and sincere work.” The honorary awards will be handed over at a ceremony at the Grand Pera on Dec. 15 at 7 p.m.
The majority of the films in the Panorama section will be screened in Turkey for the first time. The festival also includes a special section where some of the short films that have been screened at important festivals around the world and won many awards will be presented to Turkish audiences. While there are no limits to the kinds of films to be screened in this section, works that capture current issues and have the potential to open new horizons for both cinema lovers and followers, who are interested in other branches of art have been invited to the festival. In this selection, the majority of the 17 films will be screened in Turkey for the first time.
In the Special Screening section of the festival, two feature films and two documentary films will meet the audience. Stephan Talneau's film "SAZ– the Key of Trust” will be shown this year in memory of Aşık Veysel, who inspired the festival. Moviegoers will witness the journey of Petra, who sets out with the friendship of saz and music, through the Balkans, Anatolia, the Caucasus and Iran in search of what is "clean, clear and humane."
Speaking on the films at the festival, Soysal said: “Our jury chair Reis Çelik's film ‘İnat Hikayeleri’ [‘Tales of Intransigence’], which includes stories connected to each other, and its behind-the-scene documentary ‘İnadına Film Çekmek’ [‘Film Against All Odds’] include great stories in the context of friendship in cinema.”
According to Soysal, these two films, which emerged through the friendship between director Reis Çelik and Tuncel Kurtiz, one of the doyen actors of Turkish cinema, will be featured in the Special Screening section.
"Melbourne,” the first feature film by Nima Javidi, one of Iran's new talents and one of the jury members, is another film included in the same selection. “We welcome all moviegoers to the second International Amity Short Film Festival to watch these valuable films on Dec. 13, 14, 15,” he said.
Danish production “Walking Fish” by Thessa Meijer, “Brooklyn Park” by Nikola Duravcevic, “Alien” by Korean Jegwang Yeon and “Fish Broth” by Alisher Zhadigerov are among the films to be screened at the "40 Years of Gratitude" section.
The Panorama Section will host productions such as “Brothers” by Angelina Debor, “Nemesis” by Behzad Jafarimazhab, “The Sound Of Falling” by Chien Yu Lin, “The Keeper” by Rodrigo Areias, “Loved Ones” by Zofia Kowalewska, “Online Shopping” by Ghasideh Golmakani and “Story” by Jola Bańkowska.
The Special Screening section will show “SAZ- the Key of Trust” by Stephan Talneau, “Melbourne” by Nima Javidi, “İnat Hikayeleri” and “İnadına Film Çekmek.” Besides, 16 short films from 11 different countries will compete for the competition section.