'The Aeronauts': Enjoyable balloon adventure in the sky 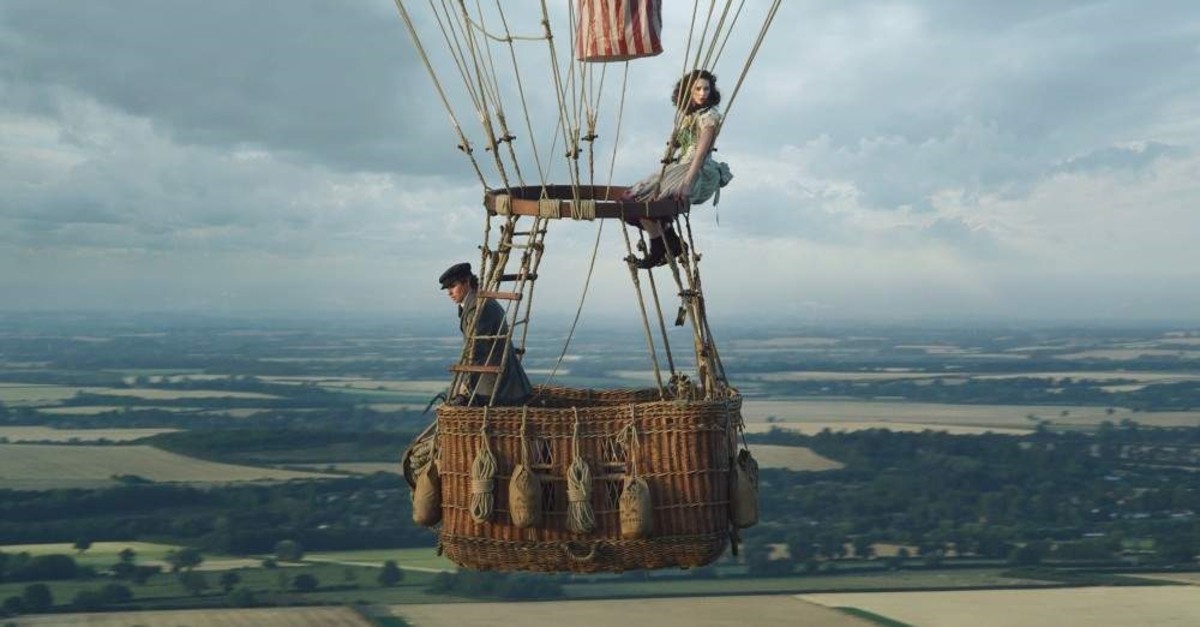 “Look up, the sky lies open,” Amelia Wren says in the final scene of "The Aeronauts," while their balloon ascends to the sky. Directed by Tom Harper, this exciting adventure movie, which brings together the stars of “The Theory of Everything,” Eddie Redmayne and Felicity Jones, on the big screen one more time, comes to the theaters to create a sense of wonder.

We can enjoy balloon tours in many places – especially in tourist destinations like Turkey’s Cappadocia. However, flying through the sky was not easy and riskless in the 1850s. “The Aeronauts” follows the air expedition of scientist James Glaisher, played by Redmayne, and pilot Amelia Wren, played by Jones. Glaisher is a man of science who believes that they can predict the weather and thus save many lives. He needs funding for an air balloon and a pilot to accompany him while he carries out some measurements for realizing this dream. However, his colleagues disagree and mock him by saying, “we are scientists, not fortune-tellers.”

As a devoted and diligent man who trusts in the power of science, he never gives in. All he wants to do is to establish the science of meteorology with measurements that he will take using thermometers, barometers and hygrometers. Then, he convinces Wren to pilot his balloon. She is a widowed pilot who has lost her husband because of an air accident. The thing about her is that she is fearless and willing to travel to heights no one has ever reached before. At this point, Harper turns all gender expectations upside down.

Wren is also ready to give what the people want from them; entertainment. At the beginning of the movie, she arrives in a rush to the site where they will rise to the sky to break a world record. She salutes the people coming to watch them like a cheerful, excited little girl and turns their flight into a show. However, viewers witness her transformation into a responsible, knowledgeable and wise pilot who knows what to do and is courageous enough to take action in challenging situations after they begin floating across the sky.

Based on a true story, the film reveals a historical record-breaking. However, Glaisher, who made more than 20 ascents, broke the record together with Henry Tracy Coxwell on Sept. 5, 1862. Instead of presenting this adventure by remaining completely faithful to the original story, the film replaces poor Coxwell with a very attractive and passionate queen Wren. Indeed, this was a good choice to make the production more gripping. Who wants to watch an unexciting expedition revolving around boring measurements? Surely, Wren colors both Glaisher’s life and this adventure.

In the movie, Wren and Glaisher fight against thunderstorms, winds and rain while rising. They even see some butterflies at a certain height and experience acoustical transmission above. While the pair try to achieve something phenomenal, the viewers learn more about their heartbreaks and how the pair met. They also discover one thing about the pair – they are in love with the sky.

“The Aeronauts” is certainly successful in reflecting the period of balloon flights. The outfits, ballroom dances and manners bring back Victorian times. Besides, the film makes you feel like you are up in the air with Glaisher and Wren thanks to the enjoyable performances of the talented actors and the special effects accompanied by the great visuals. You feel the anxiety and nervousness of Wren while she tries to open the parachute vent on top of the balloon envelope to descend. If you have a fear of heights (acrophobia) like me, I guarantee that you will feel suffocated in every acrobatic scene.

Spare some time to see this family-friendly movie and remember to look up at the sky, setting your phones aside sometimes.