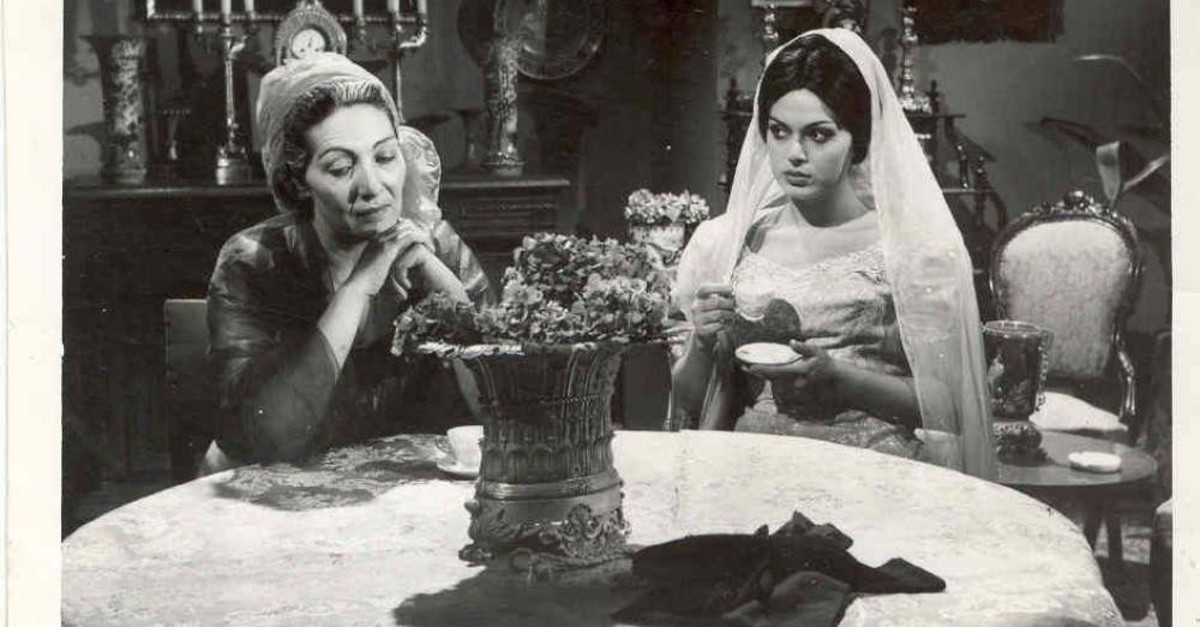 by Daily Sabah Dec 20, 2019 6:18 pm
Accompanying the final week of Nur Koçak's "Our Blissful Souvenirs" exhibition, a new screening program will take place at SALT Beyoğlu in Istanbul. The "6 Films 6 Women" program presents 20th century cinema classics in which women are regarded as objects of desire for the male gaze, as described by Laura Mulvey in the 1975 article "Visual Pleasure and Narrative Cinema." The screening program – which includes five Hollywood films and "El Kızı" ("The Stranger's Daughter"), a 1966 Turkish film adapted from Orhan Kemal's same-titled novel –is free and open to all.

Directed by Clarence G. Badger and Josef von Sternberg, the 72-minute, silent movie "It" is based on a novella by Elinor Glyn, whose romantic fictions were considered scandalous for their time. The production features Clara Bow as the young shop assistant Betty Lou, who is determined to marry her boss. The film will be screened on Dec. 21 at 4 p.m.

Directed by Charles Vidor, the 110-minute production "Gilda" will be screened on Dec. 24 at 7 p.m. with Turkish and English subtitles. Gilda, one of Rita Hayworth's most memorable femme fatale characters in the history of cinema, embarks on a game of love, power and revenge between her new husband and her former boyfriend.

"A Streetcar Named Desire," directed by Elia Kazan, is a 122-minute production. The movie will meet cinemagoers on Dec. 25 at 7 p.m. with Turkish and English subtitles. Adapted from Tennessee Williams's Pulitzer award-winning namesake play, the film portrays a woman on the verge of a breakdown. After being exiled from her hometown due to her drinking problem and scandalous liaisons, widow Blanche DuBois, played by Vivien Leigh, takes refuge with her sister and brother-in-law.

'Singin' in the Rain'

On Dec. 26, "Singin' in the Rain," directed by Stanley Donen and Gene Kelly, will be screened at 7 p.m. with Turkish and English subtitles. In the 130-minute film, Don Lockwood cannot stand the high-pitched voice of his co-star Lina Lamont. As the so-called "romantic couple" attempts to shine during their first scene, Don comes across a chorus girl named Kathy Selden, performed by Debbie Reynolds, changing all of their plans.

Directed by Billy Wilder, "Some Like it Hot" will be screened on Dec. 27 at 7 p.m. with Turkish and English subtitles. Two jazz musicians who are running away from the police join an all-female band disguised as women. The duo falls in love with Marilyn Monroe's character, Sugar Kane, the lead singer of the band, but to their dismay, she is set to marry a millionaire.

Directed by Nejat Saydam, "El Kızı" ("The Stranger's Daughter") will be presented on Dec. 28 at 3 p.m. with Turkish and English subtitles. In the 80-minute production, Nazan is kicked out of her aunt's house when she reveals her unplanned pregnancy. She must now endure life with her mother-in-law, who humiliates her constantly. Adapted from the same-titled novel by Kemal, the film features Türkan Şoray as the desperate woman and Cahide Sonku as her mother-in-law.
RELATED TOPICS