Youngsters return to 'Jumanji' to save their friend 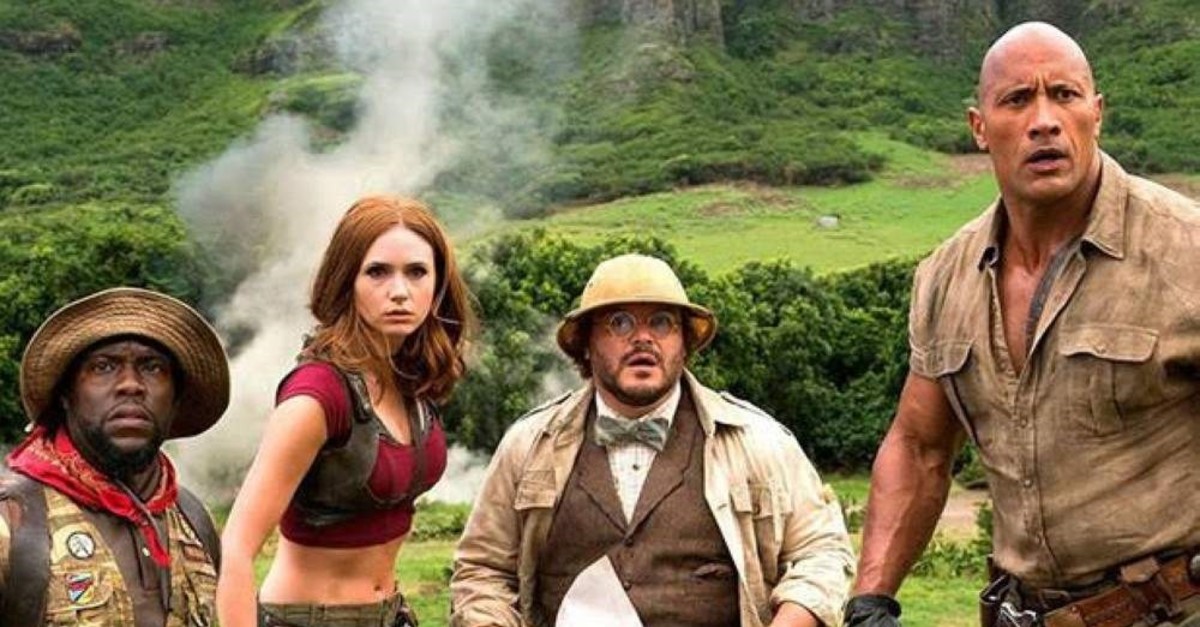 Suppose there was a video game that you could enter as an avatar with a maximum of three lives; a game comprised of various levels, each throwing up ever-more death-defying challenges. When you complete one mission, only then can you skip to the next level. However, you need to complete all levels and finish the game to be able to return the real life. Are you in?

The team in 2017's Jumanji reboot, "Jumanji: Welcome to the Jungle," take on those very odds. Directed by Jake Kasdan, the new trilogy stars Dwayne Johnson, Karen Gillan, Kevin Hart and Jack Black and begins as a sort of sequel to the original 1995 feature, starring late Robin Williams, which revolved around a mysterious board game uncovered by two kids. The children soon release a man trapped in this game for decades. It is at this point that the elements of the game entering the real world.

The movie follows the action in various places, including the cold, northern kingdoms.

In "Jumanji: Welcome to the Jungle," things get hectic when a bunch of kids who are given detention at their high school together, chance upon an old video game console. They choose the avatars that they want to play with and suddenly land in a jungle having taken on their forms. They then learn what they need to do to complete the game from a non-player character called Nigel. The mission? To return a magical jewel stolen by a corrupt archaeologist back to the statue to which it belongs. This is how they can break the curse of Jumanji and leave the game. What is entertaining about this movie is that the actors play very different characters from their typecast roles. For example, the avatar portrayed by Dwayne Johnson is selected by a teenager called Spencer, whose main personality trope in real life is centered on his fear of everything. So, you see that this huge, strong and talented guy feels like a faint-hearted kid on the inside.

The sequel of this second production, "Jumanji: The Next Level," hit the big screen last week. This time around, now slightly older, the kids return to the game once again, reneging on their promise never to go back. However, they are accompanied by a couple of older helpers – Spencers' grandpa Eddie and his ex-business partner Milo.

The four youngsters meet up again around Christmas time. However, Spencer, played by Alex Wolff, doesn't come to this meeting. Despite all his promises, he decides to play the video game once again, as he wants to once more re-embody the charismatic avatar of Dr. Bravestone. This being the case, the other friends join in to embark on another mission to save their friend and finish the game together.

Having raked in a successful box office performance with the first film, director Kasdan doesn't want to take a risk by changing the game, but rather, prepares small surprises with new avatars for the viewers. For instance, the players can no longer choose their own avatars, but join the game in the form of random players.

Another surprise in the movie comes in the form of Eddie, played by Danny DeVito, and Milo, played by Danny Glover, the two elders who have no idea what they are in for. While the teens are forced to go through the rigors of Jumanji, they also have to explain the rules to these elders. Therefore, the movie not only represents a struggle against Jumanji, but also a struggle between generations, too.

Another element that Kasdan uses in the movie is Arabic sounds in the desert scenes. It is possible to observe some small Orientalist points to these scenes. However, it is not so distracting, as we soon find ourselves in a completely different place, in an icy kingdom to the north.

Like in the previous production, "Jumanji: The Next Level" is a combination of action and comedy. The characters want to be in the adventure with their own will in this new movie and this is what makes it more exciting.

Although we have talked about Kasdan's two remakes, I want to focus more on the original "Jumanji," directed by Joe Johnston. In the original movie, a huge lion, naughty monkey, stampede of elephants and rhinos, big spiders an et cetera enter the home. Every child who grew up in the 90s surely remembers these gigantic, impressive and scary elements of the Jumanji world. Also, the movie is sealed in our memories thanks to the role of the great Williams. Hereby, we remember him with respect. Rest in peace!

Nostalgia and longing for the past is a part of human nature. Therefore, this very first production is far way better than others. Although it naturally uses older versions of digital effects, the idea of bringing the fantastic beasts of Jumanji into our own world is a far more creative concept. But I also accept that the transformation of the board game into a video game is inevitable.

All in all, shooting a new version of old, cult movies always carries a bit of danger. Craving for the past can create a buzz of overriding expectations. Watch and enjoy "Jumanji: The Next Level" by preparing yourself for change.