'Star Wars: The Rise of Skywalker': An entertaining, albeit overturned, installment 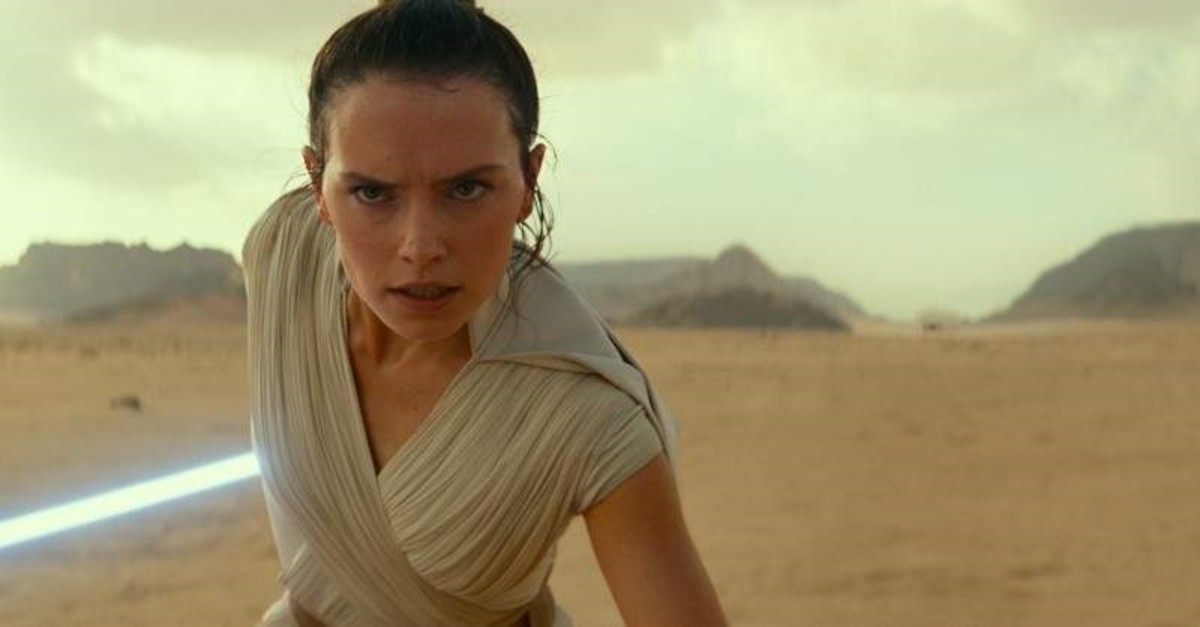 This image released by Disney/Lucasfilm shows Daisy Ridley as Rey in a scene from ,Star Wars: The Rise of Skywalker., (AP Photo)
by Liam Murray Dec 27, 2019 9:19 pm

The internet is not going to be happy. As soon as I left the theater on premiere night for the opening of "The Rise of Skywalker," geeky rumblings from across the galaxy started to make themselves heard. The energy generated from the angry, shaky, setting-up of webcams by sci-fi Youtube channel crews was almost palpable enough to blow Kadıköy to smithereens: In a way not unlike what happened to Alderon – or whatever planet got toasted in this, the ninth installment of the franchise.

The fact is, that for anyone unaware, the Star Wars fan base is the Wild West of the internet – a place in which frontier justice prevails, women are ever a side-plot and the slightest questioning of any concept dreamt up by the creator, George Lucas, himself on thin ice, is a shootable offense.

Their chief is none other than the face of a Youtube channel called Nerdrotic: a beardy, 30-year-old boy who appears weekly before a sea of Marvel Comic figurines, screaming about the major plot holes and inconsistencies of a franchise essentially about space wizards secretly related to each other. Plot holes such as how any female character could learn how to fight using a sword unless we are shown a 20-minute-long Rocky-style montage in which a man shows her how to do it – interestingly, the man is usually a beardy type far too old to be entertained by magic – or inconsistencies such as why no one finds time in the whole nine-movie epic to sit down and eat a sandwich between battles.

And speaking of sandwiches, Adam Driver – playing the role of a stroppy, Vader-wannabe, with delicious perfection – is a treat that we are never allowed to fully enjoy in this feature. His redemption as Kylo Ren – which was inevitable, but none-the-less entirely wholesome and satisfactory – is dealt with in a way that is instantly bulldozed by a "Return of the Jedi"-style panning from one scene to another, as though a buzzer has gone off indicating that it is time for the movie to finish. "The trailers are coming!" the Ewoks roar, as the fanfare for the final scenes ascend.

Just as terrific in the role of Rey, Daisy Ridley succeeds in carrying an almost computer game-style plotline with force magic alone. Her introduction reveals a Jedi determined to push the limits of what we are previously shown of the order's abilities, on the cusp of accessing an almost interdimensional flight. Yet, when it comes to it, the character arch set forth for her in the last movie is ultimately ruined. Previously, in "The Last Jedi," it is revealed that she was a sole, natural-born user of the force, who merely stumbled upon her calling, marking a much desirable return to the idea that being a Jedi was not about something chemical – i.e. medichlorines, referred to by fans turned-off by the prequels as "the M-word" – nor something paternal as in the case of Luke, but something quite esoteric that one could attune themselves too in accordance with one's natural capabilities.

Alas, no. She is Emperor Palpatine's granddaughter. Oh, and he is still alive. How, you wonder? Ask Youtube. Because there are no answers here.

In the midst of this slightly awkward steering of our central characters, we get Oscar Isaac reprising his role as the upstart, easy-rider, Poe. Poe is reintroduced in the same roguish fashion he held in the first movie – showing a willful disregard on the part of director J.J. Abram – for the lessons his character was taught in the last installment.

Similarly, John Boyega as Finn is given a side plot with the Dothraki, which sent cackles through the audience. More frustratingly, he is shown as only the passing friend of Kelly Marie Trann's character, Rose; an engineer who, in the end of the last film, we were led to believe loved Finn so much that she was prepared to sacrifice her own life to teach him a lesson.

In "The Last Jedi," director Ryan Johnson did much to show us a wider, more intriguing universe and introduced us to concepts that could free up the franchise, with little consideration for its rabid, reactionary fanbase. J.J. Abrams seems determined to overturn this.

Just think, the Star Wars universe could have been more than just a family drama, between planetal genocides, in which we all learned that the fifth element is love. It could have been something fresh.

Despite its many drawbacks, however, I shall watch "The Rise of Skywalker" again and enjoy it, no matter how illogical. It had stayed true to what makes the Star Wars franchise special, and, as a fan with a healthy will to enter that world of space fantasy, I have a deep affection for the world it has built; however, that might depend on avoiding the Death Star that is the online fanbase for some time.