First program of year at Istanbul Modern Cinema: The Foreigners of the Oscars 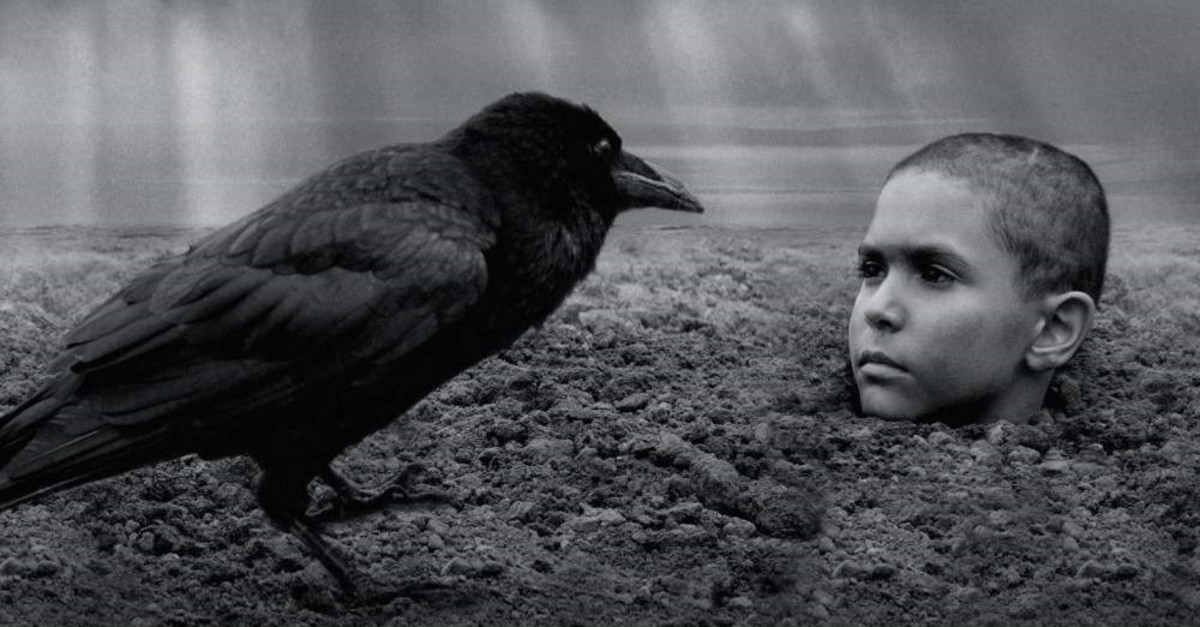 With the 92nd Academy Awards fast approaching, Istanbul Modern is set to showcase a selection of candidates for the "Best International Feature Film" category that have enjoyed acclaim across the world over the year in a program titled "The Foreigners of the Oscars." Films from Brazil to South Korea, Sweden to Tunisia will be screened at Istanbul Modern's own cinema between Jan. 16 and Jan. 30.

The line-up for Foreigners of Oscars

The following features are set to appear over the course of the Foreigners of the Oscars program:

A Jewish boy, orphaned during World War II, embarks on an uncharted journey across the villages of Eastern Europe to survive. Throughout his journey, he is subjected to senseless violence and torture by various people living in the shadow of the war and finds himself struggling for survival in some kind of hell.

Directed by Alejandro Landes and starring Sofia Buenaventura, Julian Giraldo and Karen Quintero, the Columbian-made film will be screened at 3 p.m. on Jan. 25. A group of young soldiers on top of a deserted mountain surrounded by steep cliffs are tasked with holding an American woman hostage and protecting a cow. The group goes through commando training during the day and has fun at night. However, their camaraderie is questioned when they are suddenly ambushed and dragged deep into a vast forest.

Directed by Bong Joon-ho and starring Kang-ho Song, Yeo-jeong Jo and So-dam Park, the South Korean-made film will be screened at 7 p.m. on Jan. 16. "Gisaengchung" ("Parasite") by master filmmaker Bong Joon-ho is one of the most talked-about films of the year after it won the Palme d'Or at Cannes. The director focuses on the inter-class differences through the interaction of the poor Kim family, who live in difficult conditions in a humid basement, and the wealthy Park family, who live in a luxurious home in prosperity. "Gisaengchung" also won the Best Film Award at the 66th Sydney Film Festival.

Directed by Pedro Almodovar and starring Antonio Banderas, Penelope Cruz and Asier Etxeandia, the Spanish-made "Dolor y Gloria" ("Pain and Glory") will be screened at 1 p.m. on Jan. 16.

Salvador Mallo is a middle-aged filmmaker who has lost his energy and his appetite for life. Deep down, he knows that he needs to get back to the cinema in order to get out of his depressed psychological state. When Salvador hears that the film he once shot is going to be shown again at the film club, he embarks on a mental journey in which he remembers his childhood, his relationship with his mother, his old friendships and his loves since his passion for cinema began. As he reflects on his past, the people and the situations he encounters now help him find himself again. 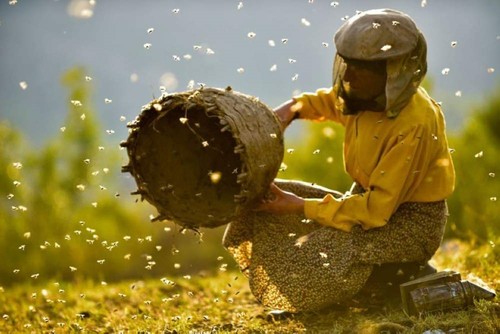 Co-directed by Tamara Kotevska and Ljubo Stefanov and starring Hatice Muratova, Nazife Muratova and Hussein Sam, the North Macedonian film will be screened at 3 p.m. on Jan. 16 and 1 p.m. on Jan. 19. Hatice Muratova is a woman who lives with her elderly mother in a deserted mountain village with no electricity and makes a living as a beekeeper. Hatice sells half of the honey produced by the bees and leaves the remaining half to the bees to ensure sustainability.

However, the order Hatice keeps begins to falter after another family arrives and settles into the village. This noisy family is miles away from respecting the rhythm of nature and Hatice's ongoing living style, and the contradiction posed between Hatice's approach to nature and life and that of this family becomes a micro-scale manifestation of the capitalist order that does not abstain from destroying nature for material gain.

Directed by Karim Aïnouz and starring Fernanda Montenegro, Carol Duarte and Julia Stockler, the Brazilian-made film "A Vida Invisíiel" ("Invisible Life") will be screened at 5 p.m. on Jan 19 and at 7 p.m. on Jan. 30. Director Karim Aïnouz, known for his unique cinema in Brazil, takes viewers on a journey to the Rio de Janeiro of the 1950s this time. Euridice and Guida, two daughters of a macho father, daydream of leaving home in pursuit of their dreams. Guida, who secretly leaves home one night to go out with her lover, explains to her parents in a letter that she will go to Greece with this young man and marry him. And when she comes home, she does not have a boyfriend anymore, but she is pregnant. His father, who never renounces his rigidity, not only refuses to accept his daughter into his home but also lies about where her sister is.

'And Then We Danced'

Directed by Levan Akin and starring Levan Gelbakhiani, Bachi Valishvili and Ana Javakishvili, the Swedish-made film will be screened at 1 p.m. on Jan. 23. Chosen this year's Oscar candidate from Sweden, "And Then We Danced" is a film that Georgian director Levan Akin was inspired to make after the attacks during the Pride March in Tbilisi in 2013. Professional dancer Merab, like many others in his family, is a traditional Georgian folk dance performer. Merab trains hard and tirelessly to become a better dancer with his strict teacher, who pushes him at every opportunity and never avoids his harsh criticism. The young man's life completely changes following the sudden arrival of Irakli, a fellow male dancer.

Directed by Corneliu Porumboiu and starring Vlad Ivanov, Catrinel Marlon and Rodica Lazar, the Romanian "La Gomera" ("The Whistlers") will be screened at 3 p.m. on Jan. 19 and at 1 p.m. on Jan. 30. Whistleblower police officer Cristi is sent to the Canary Islands to free Zsolt, a mafia boss, from prison and to find the stolen money. In order to ensure that no one can follow what is happening here, he is asked to learn the whistling language specific to the region. The person who convinces Cristi to go on this mission is Gilda, the irresistible femme fatale of the film.

Directed by Ladj Ly and starring Damien Bonnard, Alexis Manenti and Djibril Zonga, the French film will be screened at 3 p.m. on Jan. 18 and at 5 p.m. on Jan. 23. The Oscar nominee from France this year is named after Victor Hugo's classic novel "Les Miserables." Ladj Ly tells the story of a crime and conscience by adapting the novel's theme of revolution and rebellion in the broken social order to current day suburbs of Paris as he follows three police officers patrolling the neighborhood of Les Bosquets, which is known for its high crime rates. The filmmaker's first feature-length film, "Les Miserables" won the Jury Award in Cannes.

Directed by Nora Fingscheidt and starring Helena Zengel, Albrecht Schuch and Gabriela Maria Schmeide, the German-made film "Systemsprenger" ("System Crasher") will be screened at 3 p.m. on Jan. 23 and 1 p.m. on Jan. 26. Benni is a nine-year-old ferocious girl. When Benni's mother, who has two other little children than Benni, cannot find the power to take care of this problematic girl, she gives her to the foster care system. Wherever the girl goes, she has tantrums and violent outbursts, but no one can handle her, despite their good intentions. Micha believes that the best remedy for Benni is to get her to meet nature, working with adolescents being her main specialty. Nora Fingscheidt, who was awarded the Silver Bear in the Berlinale, portrays how feelings of empathy and sense of responsibility end up pushing each other in opposite directions in her first feature film.

'It Must Be Heaven'

"It Must Be Heaven," Elia Suleiman's first feature-length film after a long break, competed for the Palme d'Or at Cannes Film Festival and won the Special Mention award. The film's protagonist ES, played by the director, and who the director created as some sort of an alter ego for himself, embarks on a journey to raise funds for a new project all the while he searches for a homeland.

Directed by Marianna Economou, the Greek-made film will be screened at 1 p.m. on Jan. 25 and at 3 p.m. on Jan. 30. We are in a small Greek village where 33 people live and everyone is engaged in organic farming. We see Alecco, head of the manufacturing and packaging operation, and his neighbor Christos, carrying giant speakers into the middle of the tomato field. Discussing whether classical music or traditional Greek music would be better for the crop, the two men eventually decide to try both. This candid documentary, which made its world premiere in the "Culinary Cinema" section of the Berlinale, addresses the issue of agriculture and organic production in the globalized world. Thanks to the personal experiences of the friendly characters, the film manages to approach a global subject with a warm language.

Directed by Yaron Zilberman and starring Yehuda Nahari Halevi, Amitay Yaish Ben Ousilio and Anat Ravnitzki, the Israeli-made film will be screened at 5 p.m. on Jan. 25 and 7 p.m. on Jan. 23. Yaron Zilberman, who made a successful debut with his first feature "A Late Quartet," now brings a real event to the screen. We follow the process that brought Yigal Amir, a Yemeni law student, who committed the assassination of Izak Rabin, the Israeli prime minister at the time, to the point of murder in 1995.

Directed by Mohammed Ben Attia and starring Mohamed Dhrif, Mouna Mejri and Zakaria Ben Ayyed, the Tunisian, Belgian, French and Qatari co-production will be screened at 3 p.m. on Jan. 26 and at 5 p.m. on Jan. 30. In his second feature-length film, Tunisian filmmaker Mohammed Ben Attia focuses on the poignant story of a father and son. The Riadh and Nazlı couple is ready to do anything for their only son, 19-year-old Sami. Despite financial difficulties they experience, Riadh and Nazlı work with all their strength to provide the necessary medical assistance for Sami who is struggling with frequent headaches. However, Sami suddenly disappears. The parents are frustrated when they find out that their son has joined a jihadist organization in Syria.