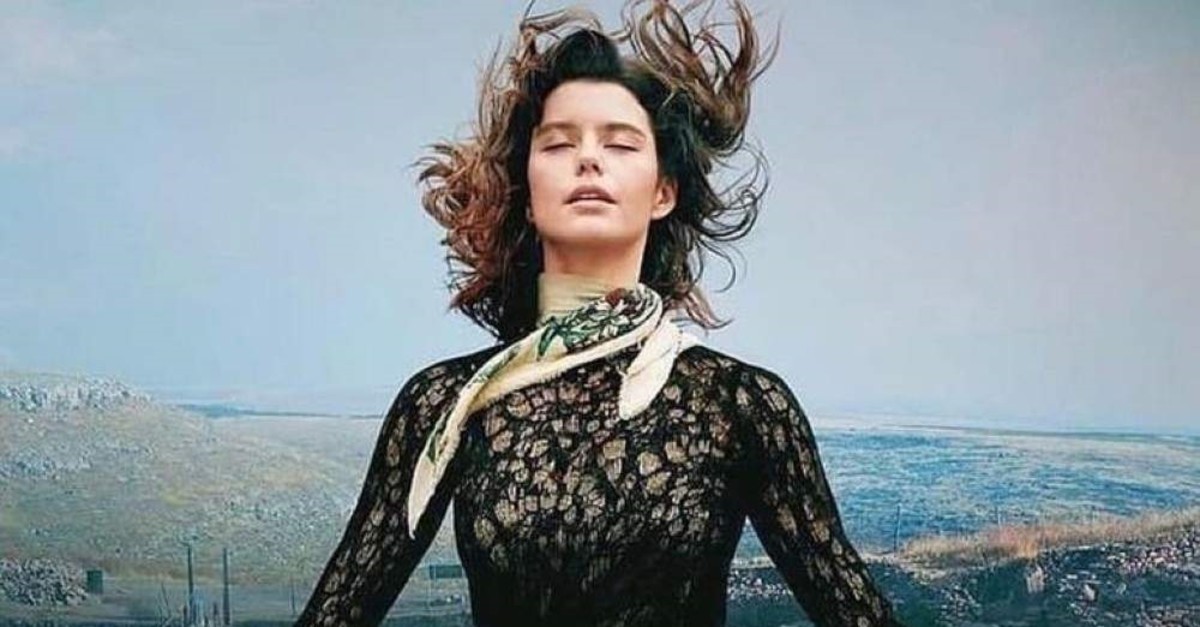 The new Turkish Netflix series follows the story of Atiye, a painter who discovers her connection to the archaeological site Göbeklitepe through a strange symbol she has been painting throughout her career, and the apparition of a girl with a star on her forehead

Last time Beren Saat was on TV, she was looking woefully at the gun in her hand, about to shoot herself. As I walked into the living room, I found my mom watching the popular Turkish soap opera "Aşk-ı Memnu," better known to the outside world as "Forbidden Love." Without looking at the screen, I inadvertently gave my mother a spoiler, "Mom, you know she commits suicide in the end right?" She replied, "Yes, she just put the gun against her head." And with that, we would not see or hear from Saat again for quite some time. Things were quiet up until this last November when the young actress began making headlines once again. Her image was plastered on the sides of buildings and on billboards all around Istanbul, much to my mother's chagrin, because she shares the name with the character.

When I sat down to watch the series, it was as if Saat was picking up where she left off. People were at her character's funeral, and then we saw her, hands bloodied, run from some woods in the general direction of the graveyard. This gambit was to let the audience know that this would be a show where the lines between the two – and possibly more worlds – would be crossed at will.

The series is built on the recent – and I would say, rightful – Göbeklitepe mania Turkey is experiencing. In Şanlıurfa, archaeologists have uncovered standing stones some 11,000 years old, and there is much debate about whether they are part of a temple or some kind of star chart. Or both. This naturally gets creative minds thinking, and minds that look for addictive drama series plots go into overdrive. The show "Atiye" ("The Gift") is based on a novel by Şengül Boybaş. I have not read the book, so I can't comment on how faithful the series stays to the novel, but with all the signs and symbols that it references, the producers of this kind of drama seem to have gone for all the possible mysteries you can think of, even enlisting Quran-coders.

When I say "this kind of drama," I mean the kind of Turkish drama with a cast of characters that Turkish audiences would find impossible to identify with but watch all the same because of all the glitz. I wasn't a very faithful watcher of "Aşk-ı Memnu," but I can hardly remember any reference to Islam in any of its bazillion episodes – in which a classical Turkish novel was unfortunately stretched to tethers – including the funeral where the casket hardly looked like a Turkish one and the background music was, if my memory serves me right, not some sort of ney number as is the case in classical Turkish films, but Chopin's "Funeral March." 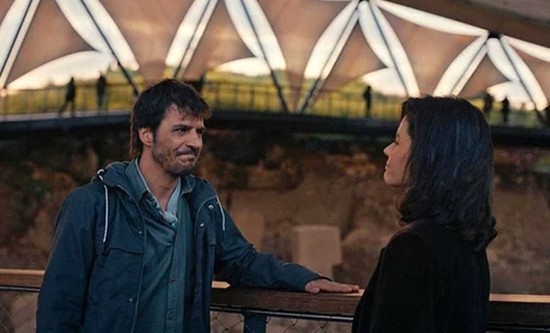 Mehmet Günsür as Erhan (L) and Beren Saat as Atiye in the series.

But back to the mysteries. In Istanbul somewhere, Atiye is drawing shapes with Jackson Pollock verve on huge canvases, and Erhan is in Göbeklitepe trying to solve the mystery of the stones. The shape must, the audience think, be related to these mysterious stones. Atiye's scenes, in particular, are so slick and unreal that at any moment I expect Saat to look at the camera and say, ''Time Travel Shampoo' is the best for the modern woman." For that is what it must be. Göbeklitepe must be, like a Tardis, a gateway to other times and worlds. I mean, my favorite Göbeklitepe film, the animation "Rafadan Tayfa," has already shown us how it works. You fill it with water, and then it becomes a mirror and then ... But I digress. However, the reason time travel or indeed parallel times come to my mind is, of course, Atiye visiting her own funeral at the beginning. Also the shape she keeps drawing with connected circles looks suspiciously inspired by the extra-terrestrial alphabet in the movie "Arrival." There are also several references to her name meaning "gift," what the alphabet was referred to as in "Arrival" too.

From Atiye's studio, we go to the art gallery where she flirts with her slimy boyfriend Ozan. I feel for the doomed boyfriend because the script will have to throw every conceivable character fault at him so that Atiye can dump him and frolic in Anatolia with the real beau, the tall, dark and handsome Erhan.

The soon-to-be-ex boyfriend comes with the best perk though: the father. This father, Serdar Bey, who doesn't look more than five years older than Ozan, arrives at the opening of the exhibition with two beautiful women on either side of him and we are never told who they are. His two girlfriends? His two executive directors? We are later given to understand that Serdar Bey runs some kind of corporate empire. His entry into the story is quite momentous for me because clearly this actor, whoever he is, is of another register than the limp, almost lip-synching, "do your bit and I'll do mine" kind of acting we have been subjected to during the last 20 minutes. And then another 10 minutes later, the most interesting scene of the whole first season occurs. We see Serdar Bey speak perfect Italian in his slick office. Is this the first real polyglot character in a Turkish TV series? What is happening? Then zoom toward him as he is injecting something – blue? – into his face. Is this why he looks as young as his son? But I have only recently seen "Black Panther." Is it vibranium? For we have been shown that under Göbeklitepe there are some caves and some shiny purple stone that glows. Surely the baddies are after this vibranium/kryptonite. But then my mind connects his Italian with the immortality injection, and I have it: He is one of the original Genoese who settled in Istanbul and has been ruling over the town behind closed doors for centuries. If he is not, then this needs to the next Istanbul series Netflix commissions. Now that I have the sort of mystery I can cut my teeth into, all the other obnoxious characters fade out and I google to learn that Serdar Bey is played by Tim Seyfi, who was born in Sivas and has had quite an interesting career to end up where he is today.

REMEMBRANCE OF THINGS PAST

Back in the mortal world, Atiye keeps having visions. In particular, one blind woman who keeps appearing to her in the strangest places – the sort of decoy I dislike in any narrative but is even more annoying in this one. Why do you not tell her what you want to tell her, and be done with it, oh old woman with flowing white hair wearing a dress that you seem to have bought at last summer's literature and music festival? Now and again, Atiye also hears some kind of creaking noises that no one else does. They must be the sounds of the opening of the gates to the other world but I want to tell Atiye that it is the rusty wheels of the narrative that you are caught in. The whole vehicle is so clunky and disconnected that it makes these noises as we move from one scene to the next.

There are, it must be said, a couple more notes of grace in the series other than the mystery of Serdar Bey. (Toward the end of the season we see him communicate with white noise coming from screens and stand and prostrate in front of a painting of a snake that is eating its tail. I mean, in case you hadn't caught on to the fact that he is the evil mastermind.) One theme is of people not wanting to remember, an uneasy relationship with the past that comes across in almost all works of art that comes out of the Turkish Republic. Atiye is told to remember by various figures to come to her real, albeit extraordinary, senses and remember, just as Nevra was told in the famous television series "Şahsiyet." When the apparition of a child with a star on her forehead guides her toward the hidden caves, she says something to her which the Turkish speaking members of the audience would not be able to understand. Is this alien language? A long-lost language of Anatolia? No. It is, as we learn a couple of episodes later, Kurdish.

So amidst all the bad dialogue and implausibility, "Atiye" offers moments of self-awareness and taking stock. I found the last two episodes of the season most watchable, and almost developed some emotional bond with the characters, particularly concerning the relationship between the two sisters. The producers were wise enough to make the season's cliff hanger depend on this sisterly relationship, which, in a way, also referenced "Şahsiyet." But the last moment managed to be its own thing, and I almost sympathized with Atiye, who seems to have fiddled with the dials of the time machine to find herself in a parallel world that is not quite to her liking.