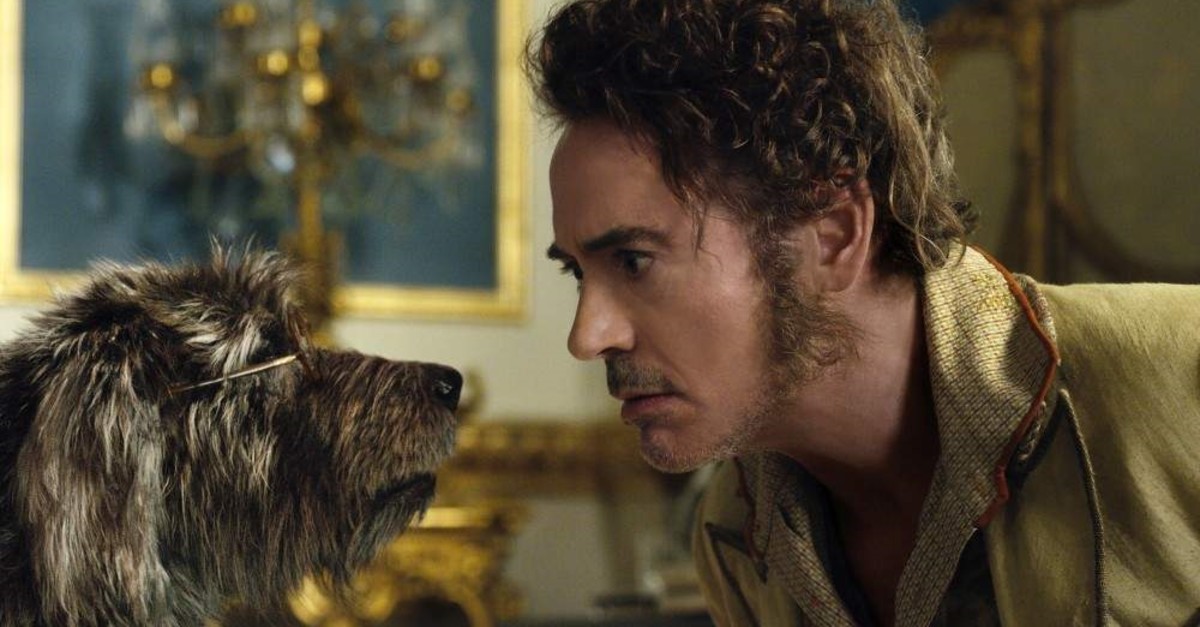 A total of five foreign and four domestic films have been released in Turkey this week.

"Dolittle," starring Robert Downey Jr., chronicles the adventure of Dr. John Dolittle, a veterinarian who retires into seclusion with his animal friends, whom he can talk to after his wife's death, following the relentless illness of the young Queen Victoria. American actor Robert Downey Jr., a winner of the British Academy of Film and Television Arts (BAFTA) and Golden Globe, is accompanied by Michael Sheen, Antonio Banderas, Ralph Ineson and Jessie Buckley in secondary roles. Directed by Stephen Gaghan, the film aims to attract fantasy adventure enthusiasts to the theaters.

"Türkler Geliyor: Adaletin Kılıcı" ("Turks are Coming: Sword of Justice"), produced by Mehmet Bozdağ, who is also the producer of the TV series "Diriliş Ertuğrul" ("Resurrection Ertuğrul") and "Kuruluş Osman" ("The Ottoman"), is set to go to audiences. Directed by Kamil Aydın, the film is about the struggle of the raiders of Mehmed the Conqueror, who turned to Rome after his conquest of Istanbul, against the Serbian King Lazar in the Balkan region and the emergence of the roots of the great Ottoman state in this region. The historical costume drama, mainly an action film, stars Emre Kıvılcım, Levent Özdilek, Ece Çeşmioğlu, Serdar Gökhan, Ebru Özkan, Seray Kaya, Eren Vurdem, Ogün Kaptanoğlu, Selda Alkor and Cemal Hünal.

"İstasyon" ("Station"), co-directed by Kadir Genç and Volkan Adıyaman, tells the story of a woman who tries to take revenge on those who killed her daughter. The film, starring Güneş Cyrina Özek, Burak Ergün, Volkan Uygun, Çetin Özdemir, Alper Yıldırım, Banu Yılmaz Ocak and Can Özoğul, is targets thriller enthusiasts.

"Peri: Ağzı Olmayan Kız" ("Girl With No Mouth"), directed by Can Evrenol, tells the story of a girl with no mouth, who struggles to survive in a world where people are born with deficiencies in certain limbs as a result of the Big Bang. The film, a fantastic adventure, stars Denizhan Akbaba, Elif Sevinç, Özgür Civelek, Kaan Alpdayı, Sermet Yeşil and Mehmet Yılmaz Ak.

Written, directed and starred by Cem Yılmaz, "Karakomik Filmler 2" ("Dark Comedy Film") is the double-feature film concept project of the director. It is the second ring of the project comprising of medium-length films of "Deli" ("Insane") and "Emanet" ("Trust").

"La vérité" ("The Truth"), directed by Hirokazu Kore-eda, stars Catherine Deneuve, Juliette Binoche, Ethan Hawke, Clementine Grenier and Ludivine Sagnier. The French drama film focuses on mother-daughter relationships, based on the togetherness between a young girl and her actress mother.

'A Shaun the Sheep Movie: Farmageddon'

Directed by Jeremy Clapin, "J'ai perdu mon corps" ("I lost my body"), is a unique narrative intersecting a severed hand that escapes from a dissection lab in Paris and seeks the body it belongs to and the love story of librarian Gabrielle and courier Naoufel. The film caters to animation enthusiasts.

"Månelyst i Flåklypa" ("Louis & Luca: Mission to the Moon"), directed by Rasmus A. Sivertsen, is another animation movie of the week. The film is about the story of Luca and his friends, trained under the leadership of the inventor Reodor to reach the moon.