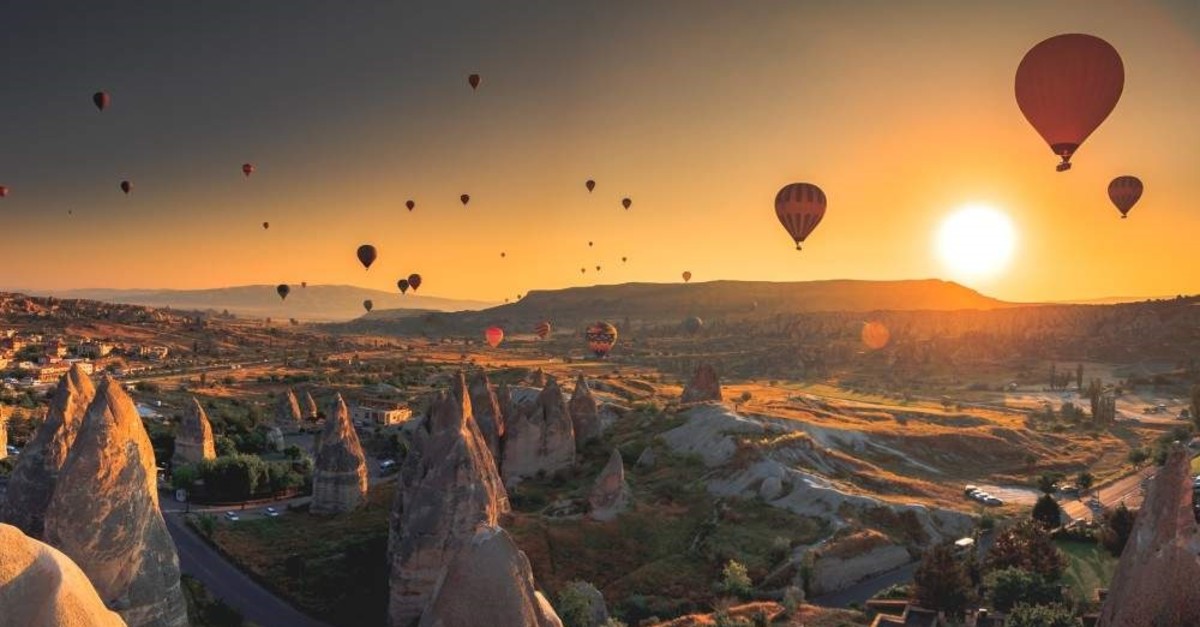 The Cappadocia Film Festival will turn the touristic site into an attraction for the cinema sector. (iStock Photo)
by Daily Sabah Jan 21, 2020 2:57 pm
Preparations for the first international Cappadocia Film Festival are underway in Turkey's central Nevşehir province. The six-day festival will last from May 29 to June 3 this year and will bring together distinguished films and valuable figures from Turkish and world cinema with moviegoers in Nevşehir.

Organized by Nevşehir Municipality the festival is intended to make Cappadocia – known for its whimsical rock formations – an attraction for the cinema sector. The event, inspired by the region's unique geography and culture, will bring together distinguished films and many leading filmmakers from home and abroad in Nevşehir.

Nevşehir Mayor Rasim Arı said the festival would provide Nevşehir with significant social, cultural and touristic benefits as well as contributing to national cinema. Emphasizing that cities are now commemorated with their cultural and artistic values, Arı noted that Cappadocia, with its thousands of years of history and natural beauties, and Nevşehir, the center of the region, will be a major intersection of culture and art alongside tourism. Arı stated that the festival would be an important pillar of this. He said he believed that the people of Nevşehir, who value culture and art, would show interest in the festival and emphasized that the event would be good for Nevşehir. More details about the event will be released soon, he said.

Festival Director Suat Köçer said the festival will bring a fresh and strong breath to both Nevşehir and the Turkish cinema sector. Köçer said they are happy to carry the excitement of cinema to Cappadocia, one of Turkey's important natural wonders, noting that they will bring together distinguished films and valuable guests from all over Turkey and the world with moviegoers from Nevşehir.
RELATED TOPICS