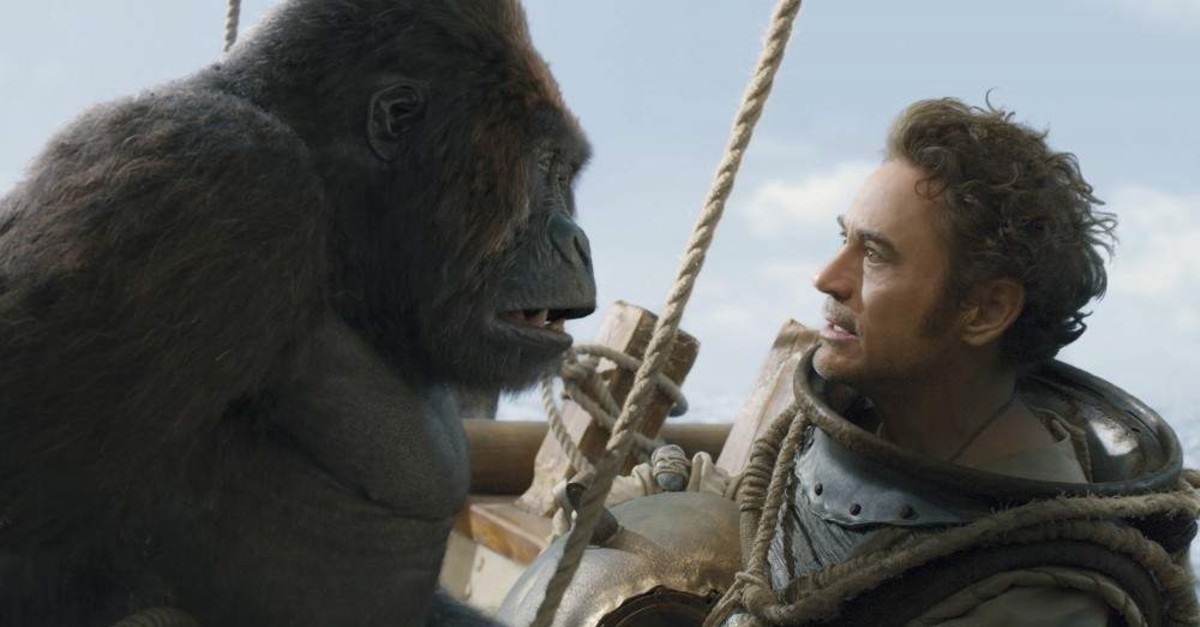 Directed by Stephen Gaghan, "Dolittle" is the very first fantasy adventure of the new year. Starring Robert Downey Jr. in the leading doctor role, the reboot brings the animal-friendly character's new quests to the big screen one more time.

The "Dolittle" series, which is inspired by the children's book by Hugh Lofting, presents Dr. Dolittle as a man who can talk to animals. Using his skills, he helps animals with health problems and even saves them from dying. Gaghan's movie presents the background information on how the doctor became famous with an animated introduction. While the philanthropist touches the lives of several animals with many great and small acts of kindness, he meets his future wife Lily. The couple globe-trots and makes lending a hand to those in need of help, especially animals, a goal.

Their life goes on like a fairy-tale story, but everything is turned upside down when Lily wants to embark on an adventure that ends with her death at sea. After the loss of the love of his life, Dolittle becomes a recluse by isolating himself from society. He does not want to contact or help people anymore and instead confines himself with some animals to his garden house, assigned to him by Queen Victoria – played by Jessie Buckley – until a boy knocks on his door.

The boy, Tommy Stubbins, played by Harry Collett, shoots a squirrel by accident in the jungle, and Dolittle's parrot Polynesia directs him to the doctor. Although he manages to enter the garden, the doctor does not want to see any human. He later understands that the squirrel needs his help and saves the small animal's life with an operation in which a bunch of other animals assist him. It so far seems like a cliché plot with all-too-common events. In the first 20 minutes, the viewers will know what sort of events wait for them throughout the production. But it gets much more illogical than you expect.

A girl, the same age as Stubbins, also comes to Dolittle's house with a message from the queen: She orders him to come to the palace immediately to cure her of a deadly illness. Naturally, Dolittle does not want to go, but he is persuaded by his animal friends to pursue meaningless adventures like returning to his wife's homeland where his father-in-law Rassouli, played by Antonia Banderas, will surely kill him or struggling with a tiger that needs therapy.

"Dolittle" fails in many aspects, including comedy, adventure and action. It can make a little child around the age of 5 laugh, but it will make you ask yourself what you are watching during the running time. The computer-generated imagery also is unconvincing despite fantastic elements like talking animals, and the passing of the scenes is so messy, both of which make it hard to follow the plot.

By the way, talking about Downey and his acting skills here would be a loss of time. Everyone knows how he rises in "Iron Man," the mega-hit and its sequels. But his accent in this movie makes the combination of incoherent scenes much worse. The movie can be bad in terms of effects, plot, etc.. Still, it would address kids and be a success in a sense. With Downey's incomprehensible accent, it becomes impossible indeed.

In short, "Dolittle" appears as a movie in which the characters go one place to another without any good reason to follow perilous adventures like pulling a bagpipe out of the bowels of a dragon that protects the fruit of a mythical tree, which – as you can guess – will heal the queen. Amid all of the weirdness, "Dolittle" will not lure you. If you like seeing charming actors like Banderas on screen, you can have something to amuse yourself at least.