Experience limbo between documentary and fiction with Pelin Esmer's filmography 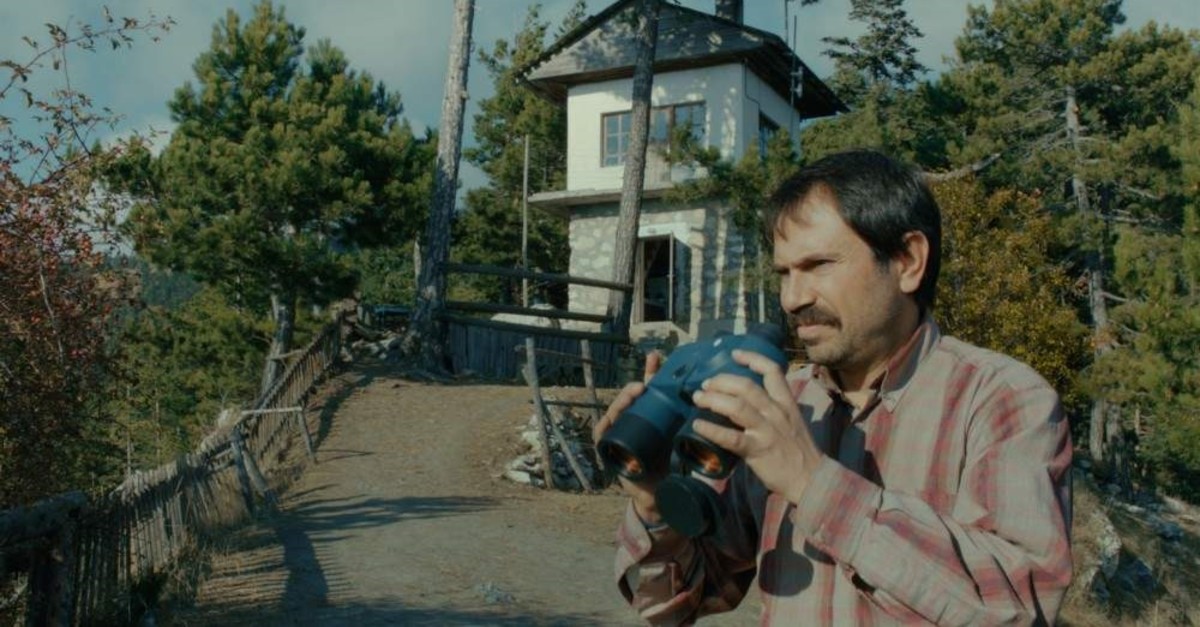 Do you want to have a special rendezvous with auteur directors? Istanbul Modern Cinema welcomes cinephiles in Beyoğlu with films by Pelin Esmer, one of the prominent directors of contemporary Turkish cinema

The "Rendezvous with Directors" series at Istanbul Modern Cinema, which hosts directors who stand out in Turkey's contemporary cinema culture with their artistic identities and unique approaches, continues with its seventh edition.

The program focuses on film production processes through the perspective of directors and the dynamics of contemporary cinema. This year İstanbul Modern Cinema will feature Director Pelin Esmer's films.

In the program, some special productions which have left a mark on Esmer's career, such as her first film "Kar" ("Snow"), will be screened. The film's crew will also be present at the screening. Furthermore, Müge Turan, the adviser of Istanbul Modern's cinema programs, will interview Esmer on Feb. 13.

After graduating with a degree in sociology, Esmer joined Yavuz Özkan's Z1 film workshop and got her first job in the movie industry as an assistant director in the film "Cumhuriyet" ("The Republic") (1998), directed by Ziya Öztan.

Her first feature film was a documentary called "Oyun" ("The Play") (2005). This followed the production and staging of the theater play "Kadının Feryadı!" ("The Woman's Cry"), which was written and played by nine women who live in a village in the Taurus Mountains and spent their days working in a field, construction or at home. "I like to stand in the limbo between fiction and documentary," Esmer said. She uses that ambiguous space between documentary and fiction creatively, re-testing the relationship of cinema with reality with her larger-than-life characters in each of her films. The director's 20 years of cinema can be described as a journey between various fictions, questioning the usefulness of life as well as of art, and dealing with characters as well as with their encounters.

Esmer's "Kraliçe Lear" ("Queen Lear") (2019) will be screened at 5 p.m. on Feb. 13 and at 4 p.m. on Feb. 15. In this production, the director re-visits the women of Arslanköy village in the Taurus Mountains 14 years after her documentary "Oyun." These women named Behiye, Cennet, Fatma, Ümmü and Zeynep are adapting "King Lear," a classic of Shakespeare and are going on a tour to exhibit the play in the mountain villages of Mersin province.

"İşe Yarar Bir Şey" ("Something Useful") (2017) will be screened at 5 p.m. on Feb. 6 and at 2 p.m. on Feb. 15. The film is about two lives meeting on a train. Poet Leyla goes to meet her high school friends years later, while Canan is on her way to find a new job as a nurse. From the moment she gets on the train, Canan attracts Leyla's curiosity. A journey of no return begins for both women when the young nurse, who is showered with questions along the way, finally explains her reason for being on this train.

"Gözetleme Kulesi" ("Watchtower") (2012) will be screened at 7 p.m. on Feb. 6 and at 4 p.m. on Feb. 16. The movie tells the story of two people who are trying to escape their dark secrets and run across each other by chance and spy on each other. Nihat has taken refuge as a guard in a watchtower at the top of a deserted forest while Seher hardly went to a highway-side station in Tosya. Both have a battle with themselves. These two people, whose paths cross unexpectedly, heal each other while making each other's conscious-sense of guilt visible.

"11'e 10 Kala" ("10 to 11") (2009) will be screened at 3 p.m. on Feb. 6 and 4 p.m. on Feb. 8. In this first fiction film by Esmer, revolves around two characters: Mithat Bey and Ali. Mithat Bey has managed to protect his collections, which he has accumulated over the years, against all kinds of threats. Each piece he seeks in order to preserve the continuity of his collection takes him to every corner of Istanbul. For Mithat Bey, Istanbul is as limitless as his collection, while for Ali, it is limited to the apartment and its surroundings, where he is a doorman. When the demolition of the apartment building is brought to the agenda because of the earthquake concern, Mithat Bey struggles to protect his collection, while Ali starts fighting for his life.

"Oyun" ("The Play") (2005) will be screened at 2 p.m. on Feb. 9 and 3 p.m. on Feb 13. Esmer found out that nine women in Arslanköy, located in Taurus Mountains, will be writing a theater play on their own lives. He decided to go to Arslanköy with the dream of making a film inspired by their play. She meets Behiye, Cennet, Fatma F., Fatma K., Nesime, Saniye, Ümmü, Ümmüye and Zeynep. Together with these nine wonderful women, they bring to the screen the transformation of the women from Arslanköy who have resorted to the theater to ease the burden of their endless work and duties in their daily lives.

"Koleksiyoncu" ("The Collector") (2002) will be screened at 2 p.m. on Feb. 8. The director completed this first documentary in three months and in addition to directing, she was also a producer and camerawoman of the film. She draws a heartfelt portrait of her own uncle, Mithat Esmer, who has collected every object he finds interesting since childhood and has collected not one but two of everything.

"Kar" ("Snow") (2002) will be screened at 1 p.m. on Feb. 6 and 2 p.m. on Feb. 8. This first film by Esmer is a short video clip. We witness the director's Hi8 camera footage of what the Estonian composer and musicians Arvo Pärt's music made her imagine, inspired by the ceaseless snow outside.

"Bir Erkeğin Anatomisi" ("The Anatomy of A Man") (1997) will be screened at 1 p.m. on Feb. 13 and 2 p.m. on Feb. 16. "Bir Erkeğin Anatomisi" was directed by master director Yavuz Özkan, who passed away last year. In the film, Esmer, who was Özkan's student at Z1 film workshop, worked with Özkan in the behind-the-stage documentary. Set in the Turkey of the 1990s, the film brings to the screen the intolerance and intimidation that dominates the country through the fluctuations in the business and private life of Taner, an ambitious lawyer.

The screenings will be free of charge and will have English subtitles.