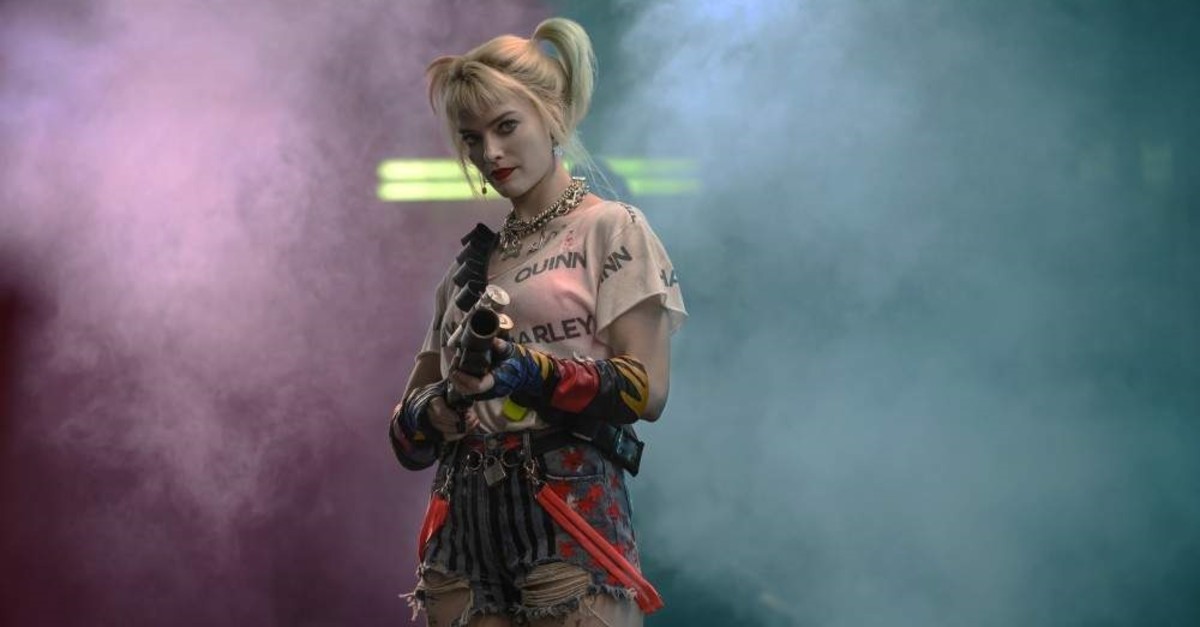 The supervillain team film “Suicide Squad,” directed by David Ayer, hit the big screen in August of 2016 in Turkish theaters. I, with a friend of mine, eagerly went to see it on the debut day not just because I enjoy comics and love their characters but because of its cast starring some of my favorite actors, like Will Smith, Jared Leto and Margot Robbie. However, I experienced what real disappointment means that day due to the poor storytelling and very pedestrian action sequences, which is a common feature of DC Comics-based films. I remember I was dying to see Leto as the Joker more on the screen and thinking that Harley Quinn, played by Robbie, was the only one that stood out.

So, it was not surprising for me to see that “Birds of Prey: And the Fantabulous Emancipation of One Harley Quinn” is the show of the most adorable sociopath, Quinn. "Birds of Prey" is actually an all-female superhero team that appeared in many comic book series, but the movie presents the group members just as supporting roles in Harley’s process of learning to live without the Joker.

The movie, which is simply about the emancipation of women, is total girl power in every aspect. After breaking up with the Joker, Harley finds herself unprotected and on the run. Everybody who previously could not dare to have a pop at her as they fear the wrath of the Joker chases her now. Surprisingly, she ends up allying with several other powerful women to save a young girl named Cassandra Cain, played by Ella Jay Basco, from the wicked, narcissist Black Mask (aka Roman Sionis), played by Ewan McGregor, and his sidekick Victor Zsasz, played by Chris Messina. While the story reveals women finding success and declaring independence in a man’s world, I also shall say that it is also written and directed by two women – Christina Hodson and Cathy Yan.

Back in the story, “Birds of Prey” is very much similar to Tim Miller’s “Deadpool,” the movie of the Marvel Comics character that entertained geeks in the same year as “Suicide Squad” in terms of narration. The viewers see the whole movie through the perspective of Harley Quinn like the non-linear voice-over of Deadpool. She remembers things out of order and tells the audience. When she realizes that she mistakenly skips over some parts, she rewinds the scene quickly and retells it. If you are not used to watching movies with such a narration, it can be disturbing for you. But I find it so entertaining and gripping with especially reckless characters like Deadpool and Harley.

The thing faltering for me in the narration is that Harley explains everything so much that there is no other time for character developments. Her long statements overshadow the description of others. For example, Black Mask, who rips off the faces of many people, is the villain of the movie. Viewers surely want him to be defeated by siding Joker’s psychopath ex-girl. But why? Remember, Harley is no good character either; instead she is a killer. It is all about Black Mask’s being worse than her. Taking sides with criminals worked in “Ocean’s 11” before. It is because Terry Benedict is given as a total bad hat in character development, and each member of the legendary ensemble is so entertaining. I cannot say it applies to “Birds of Prey” either.

When it comes to the fact that this is a movie about Harley instead of the "Birds of Prey" unlike the title implies, I should confess it does not bother me in the slightest aside from the poor character developments of the others. After seeing “Suicide Squad,” I thought that there should be a movie on Harley. Watching the trailer of “Birds of Prey” some three years later, I said: “It is high time for it.” In the first 20-30 minutes of the film, Harley is bitter because of her breakup with her boyfriend, the Joker and the whole girl team-up thing happens almost at the end of the movie. So if you go to watch the “Birds,” who are Dinah Lance, aka Black Canary, Helena Bertinelli, aka Huntress, and detective Renee Montoya, you need to know that it does not really feel like a "Birds of Prey" movie.

If there is something that the movie manages, it is the change from the common poor action scenes of D.C. movies. I assure you that you will be satisfied with the struggle between the characters. Even, you can feel as if you are watching someone like Keanu Reeves in “John Wick” in some parts. Also, the movie's colorful palette is so effective in terms of cinematography. It will entertain you with the characters' clothes and Harley's gun filled with sacks of glitter. So, get ready to see DC’s first-ever good action movie but do not expect to learn much about the fictional superhero or heroines in the story, except for Harley Quinn.