'Little Women': Perfect new version of a classic with lack of character focus 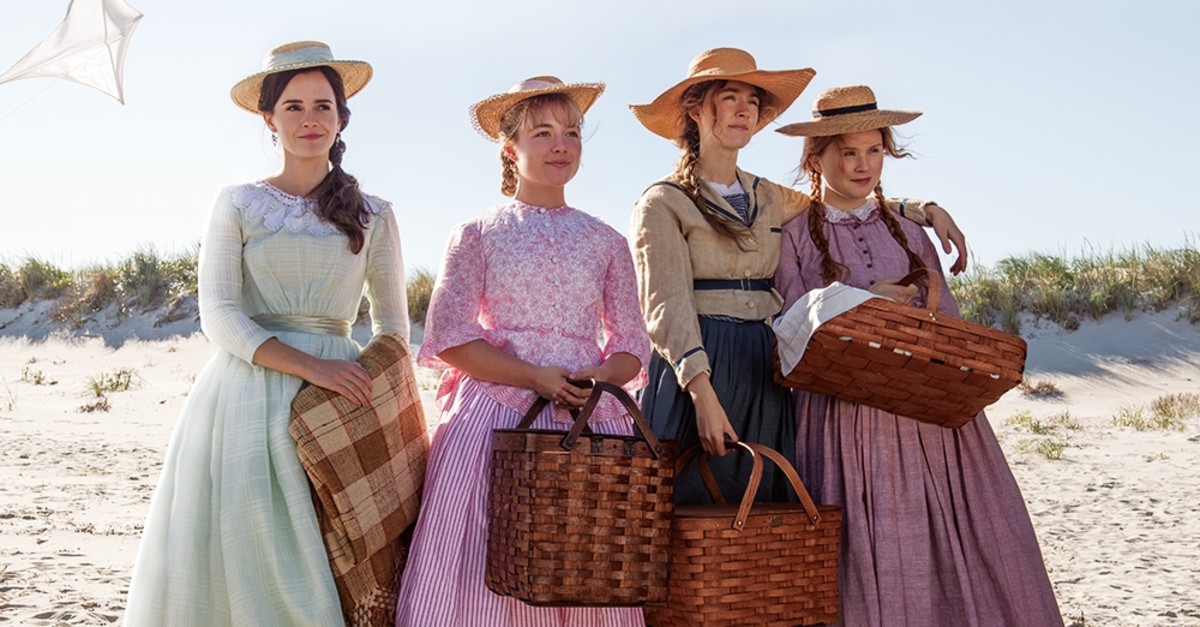 I was first introduced to Greta Gerwig when I watched her first directorial debut "Lady Bird," which hit the big screen in 2018. I was invited by a friend to see the film and had never heard of Gerwig so I didn't have much expectations about the coming-of-age movie. However, the film beautifully portrayed a mother-daughter relationship by blending drama and comedy, welcoming us warmly and leaving a pinch of bittersweet happiness in our hearts.

Set in Sacramento, California, the movie is a biopic. Christine McPherson, played tremendously by Saoirse Ronan, is a 17-year-old girl who calls herself Lady Bird. Naming herself, she abandons the character attributed by her parents, who are a nurse and computer programmer very much like Gerwig's household. With its success in diving into the fluctuations of an adolescent's world, the dramedy earned five nominations, including Best Picture and Best Actress, at the 90th Academy Awards.

Having this sweet story on my mind, I was curious about what Gerwig's second venture would be about. Finally, "Little Women," a readaptation of Louisa May Alcott's renowned namesake novel, has come to mesmerize movie buffs as another coming-of-age drama by Gerwig. Bringing the story of four little women from the March family on screen, the film takes place in a period from the 1860s to the end of the Civil War. With small and unimportant changes, Gerwig presents a roughly comparable plot with the original story in the film.

The heartfelt production introduces the four March girls – Meg, Jo, Beth and Amy, played by Emma Watson, Saoirse Ronan, Eliza Scanlen and Florence Pugh, respectively – in a very developed way, which I liked very much. The girls are very genuine in their own way, which means they have both weaknesses and strengths. While they are portrayed as three-dimensional characters, what is so sincere about them is that they all try to be better and want to be there for each other. Therefore, I can say that the film is not a simple story of the four girls' journey from childhood to adulthood. On the contrary, it gives their struggle for personal growth in their own path but sisterhood and familial duty follow on the other side as well.

Along with the realistic reflections without any need for perfection, the character development in the movie also questions the validity of gender stereotypes. As we all know, the gender roles in the 19th century were mostly the same as it has been in the colonial period. In short, women were expected to clean and nurture the house in the role of wife and mother in line with the cult of domesticity, rather than contributing to the family economy. In that time period, men were seen as being the sole breadwinner by dealing with the outer world. Although this mindset is often mentioned by Aunt March, played by Meryl Streep gorgeously, in the movie, it is shattered, especially by Jo, who does not want to be a controversial female and insists on earning her own money. However frustrating she may be for her auntie and the society, she inherits her house in the end and turns it into a school. Jo is not the only character demolishing gender stereotypes. Laurie, the boy next door – played by Timothee Chalamet – also does not follow the masculine pursuit, often behaving feminine in many aspects.

The character creation and examination of gender roles are the positive sides in the set, but there is one very disturbing point about the movie for me. I accept that the movie offers a modern look to a classic and manages to blend both the contemporary and cult angles. I suppose that this success is not only based on the writing skills of the director but also the visuality, including the color palette. The problem is that we watch the events from the perspective of Jo throughout the whole story. I am not against watching movies from the aspect of one narrator in a nonlinear form, but it is a pity to ignore others while you have such developed characters. If you have only one that stands out in the production and want to polish him/her among the supporting characters, it makes sense to use such a technique. But remember and respect that the supporting roles are portrayed by amazing actors like Watson, Laura Dern, Chalamet and Streep in "Little Women."

Despite this minor issue, the production comes to the forefront as one of the greatest movies of the year. While visual elements from colors to the transition of past and present scenes are to the point and the storyline is supported by fully developed characters portrayed by excellent talents, "Little Women" bids farewell to the audience with a pleasing, happy ending. Grab a seat and be sure to check out this gentle family drama.