'And Therefore a Philistine' reveals Palestinian diaspora through visual arts 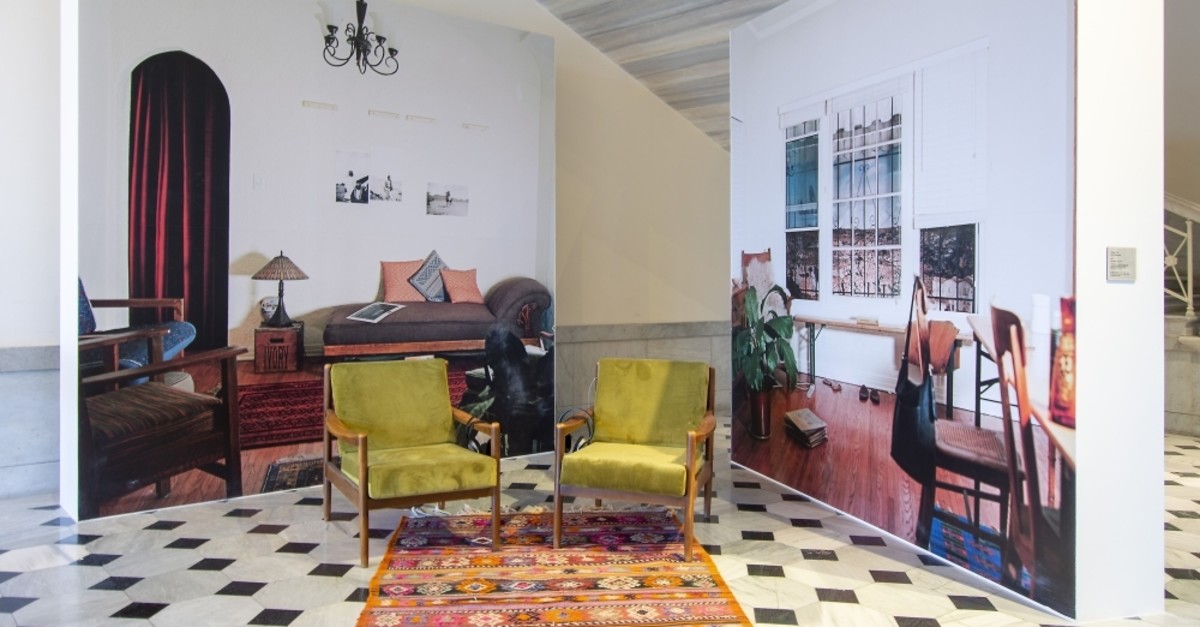 Palestinian artist Basma Alsharif uses films, videos and installations to reconstruct the past. Her new, three-floor exhibit at SALT Galata unveils the meaning of the word Philistine

"And Therefore a Philistine," an exhibition by Palestinian artist Basma Alsharif, consists of films, videos and installations displayed throughout three floors of SALT Galata in Istanbul. Programmed by Farah Aksoy from SALT, the exhibit can be visited until April 26.

A visual artist and a member of the Palestinian diaspora, Alsharif's practice inherently confronts the notion of home, both as a place of residence and an origin. This hereditary statelessness allows the artist to overcome the limitations of time and space, mirroring her national identity, which is fragmented as a result of shifting geopolitical conditions.

A nationwide forced displacement not only causes the redefinition of physical territories but also isolates that country from the world historiography while excluding personal stories from the collective memory. Aiming to debilitate irreconcilable narrations that usually represent hegemony, the "And Therefore A Philistine" exhibit reconstructs the past through a never-before-told visual story. With an allusion to the multiple meanings of the word Philistine – an inhabitant of ancient Philistia, and an ignorant and uncultured person – Alsharif's exhibition contemplates a borderless land by unveiling her own subconscious. Presented across three floors of SALT Galata, the show includes a film and a selection of videos and installations that actively extend beyond the actual Palestinian landscape.

Centered around a novella of the same title written by Alsharif, the 2019 installation "A Philistine" provides a public reading space for the story moving backward in time. The book, inspired by travelogue writing, begins in present-day Lebanon, proceeds to 1935 Palestine and ends in the New Kingdom Egypt from the 16th to the 11th century B.C. To envision a fictitious journey, it revives historical train routes that coincide with the Haifa-Beirut-Tripoli line and the Palestine Railways, both discontinued in the late 1940s.

The film "Ouroboros" (2017) is influenced by Friedrich Nietzsche's concept of "eternal return." A parable on the infinite recurrence of destructive events that proposes renewal as the only way to move forward, the 77-minute film is screened at SALT Research at scheduled times. Located on the first floor, the videos "Deep Sleep" (2014) and "Home Movies Gaza" (2013) reclaim the Gaza Strip through an external eye or as a witness from the inside. "Trompe l'Oeil" (2016) is a mise-en-scène of Alsharif's once-living room in California. Along with three photographs from the collection of T. E. Lawrence (Lawrence of Arabia) – which the artist used without official permission from the Imperial War Museum in London – as well as 38 archival reproductions, the installation evokes the ghosts of a colonial past in a staged domestic environment.

Insight into the artist's life

Born in Kuwait in 1983 and raised in France and the United States, Alsharif is currently based in Cairo. Her exhibitions include "A Philistine" at the Centre for Contemporary Art, Glasgow; "Basma Alsharif" at the Museum of Contemporary Art, Toronto; "The Gap Between Us" at the Mosaics Room, London; "Renée's Room" at the Modules at the Palais de Tokyo, Paris; and "Farther Than the Eye Can See" at Sharjah Art Foundation, Sharjah. Alsharif's works have been shown at the Aichi Triennale, Whitney Biennial, Sharjah Biennial and Manifesta 8, as well as a number of international film festivals. Shortlisted for the Paulo Cunha e Silva Art Prize (2019) and the Abraaj Group Art Prize (2018), she was awarded a Fundacion Botin Visual Arts Grant (2009-2010) and received a Jury Prize at Sharjah Biennial 9 (2009).

Details of the upcoming public programs in parallel to "And Therefore A Philistine" will be announced on saltonline.org and SALT Online social media channels.