The meaning of the Iraqi elections 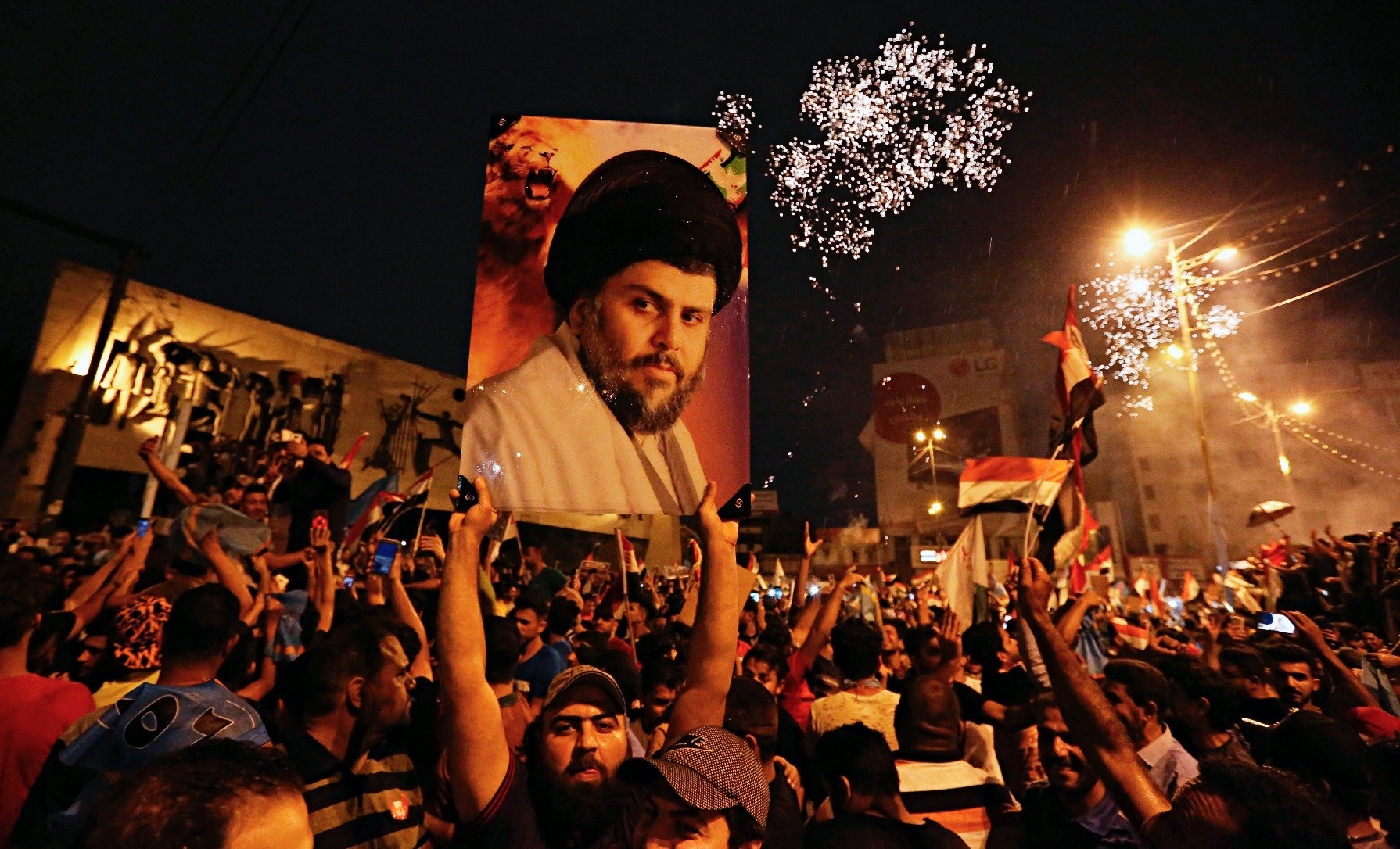 Supporters of Shiite cleric Muqtada al-Sadr, carry his image as they celebrate in Tahrir Square, Baghdad, Iraq.
by Muhittin Ataman
May 23, 2018 12:00 am

In Iraq's first parliamentary elections since the defeat of Daesh, which resulted in nationalist victory, Iran and the United States were the biggest losers

Iraq held its fourth national parliamentary elections since the American invasion of Iraq in 2003 on May 12. Considered a milestone for the country's political development, this election provides a chance to restructure Iraq's political system, the quality of political life and reform state institutions. Moreover, it will influence Iraq's relations with regional state and global powers.

The Iraqi politics is mainly divided between three main groups, namely Shiite Arabs, Sunni Arabs and the Kurds. Turkmens are the fourth relevant group participating in the elections. Shiite groups can be categorized as Iraqi nationalists, pro-Iranian and pro-American. While some Shiite groups consider themselves as politically independent and Iraqi nationalist, some others prefer to depend on some power circles.

Sunni Arabs are politically more divided and less relevant than ever. While some Sunni Arabs established a political alliance with Shiite parties, some others did not participate into the elections since they have lost confidence in the future of the country. Eventually the boycott by the Sunni Arabs is among the reasons for the low the turnout of the elections, the lowest turnout in Iraqi history. Due to the electronic voting system, some Sunni Arabs were afraid of participating in the elections in some regions, as they did not want to be the target of Shiite groups.

According to the result of the elections, Iraqi nationalist parties have won the elections, meaning that both pro-Iranian and pro-American political parties have lost in last week's elections. The Sairun Alliance led by Moqtada al-Sadr came first with 54 seats and emerged as the key party for the establishment of a government. Sadr surprisingly made an alliance with the leftists, secular and Sunni groups. Moqtada al-Sadr recently emerged as a populist, pragmatist and Iraqi nationalist Shiite cleric willing to fight against corruption and other grievances. He is strongly anti-American and anti-Iran and as a result he strongly opposes the Iranian hegemony and American invasion.

Therefore, the results of the latest election will dramatically change the American and Iranian strategies in Iraq. The Mahdi Army, established by al-Sadr, fought against American forces after the American invasion of the country. Sadr has been trying to improve his relations with Sunni countries such as Turkey and Saudi Arabia. Nowadays many Iraqis consider al-Sadr as a moderate Shiite leader compared with Hashd al-Shaabi's al-Fatah and Nouri al-Maliki's State of Law.

The main pro-Iranian political parties the Fatah Alliance, led by Hadi al-Amiri, and the State of Law Coalition, led by Nouri al-Maliki, came second and fourth respectively. While al-Maliki's strict sectarian policies led to the emergence of Daesh in Iraq, al-Amiri is being held responsible for most of the Sunni persecution carried out by Hashd al-Shaabi militia groups.

The Victory Alliance led by the incumbent Prime Minister Haider al-Abadi came third. Al-Abadi is known as closer to and therefore more acceptable to the U.S. Considering his harsh opposition toward the U.S., al-Sadr may prefer to offer the position of prime minister to al-Abadi.

The results for the Kurds are problematic, compared with the previous elections. Traditionally the Kurdish constituency used to be divided between the Kurdistan Democratic Party (KDP) and the Patriotic Union of Kurdistan (PUK). However, some other politically meaningful parties such as the Change/Goran Movement, Islamic parties (Community/Komal and Union/Yekgirtu), New Generation, and Democracy and Justice began to challenge the hegemony of the two big parties.

However, the KDP increased its votes in many regions, while two Islamic oriented parties and Goran lost votes. The last two parties attracted traditional PUK constituency and thus caused a decrease in PUK votes.

The obvious winners of these elections are moderate and Iraqi nationalist Shiite groups. Some observers claim that this is a victory of "Iraqi nationalists" against the secessionists and those who are dependent on outside powers. The balance of power has dramatically shifted against the Kurds and Sunni Arabs. The territory under the control of the Kurdish autonomous region was shrunk; the loss of Kirkuk is a particular shock for the Kurds. Fragmented Kurds and Sunni Arabs will face more difficulties gaining influence in Baghdad. Therefore, both Kurds and Sunni Arabs may be obliged to be integrated with the central government. However, considering the existence of Iran and the United States in the country, it will not be easy for the Iraqi nationalists to establish a sustainable government.