The clash of interests in Idlib 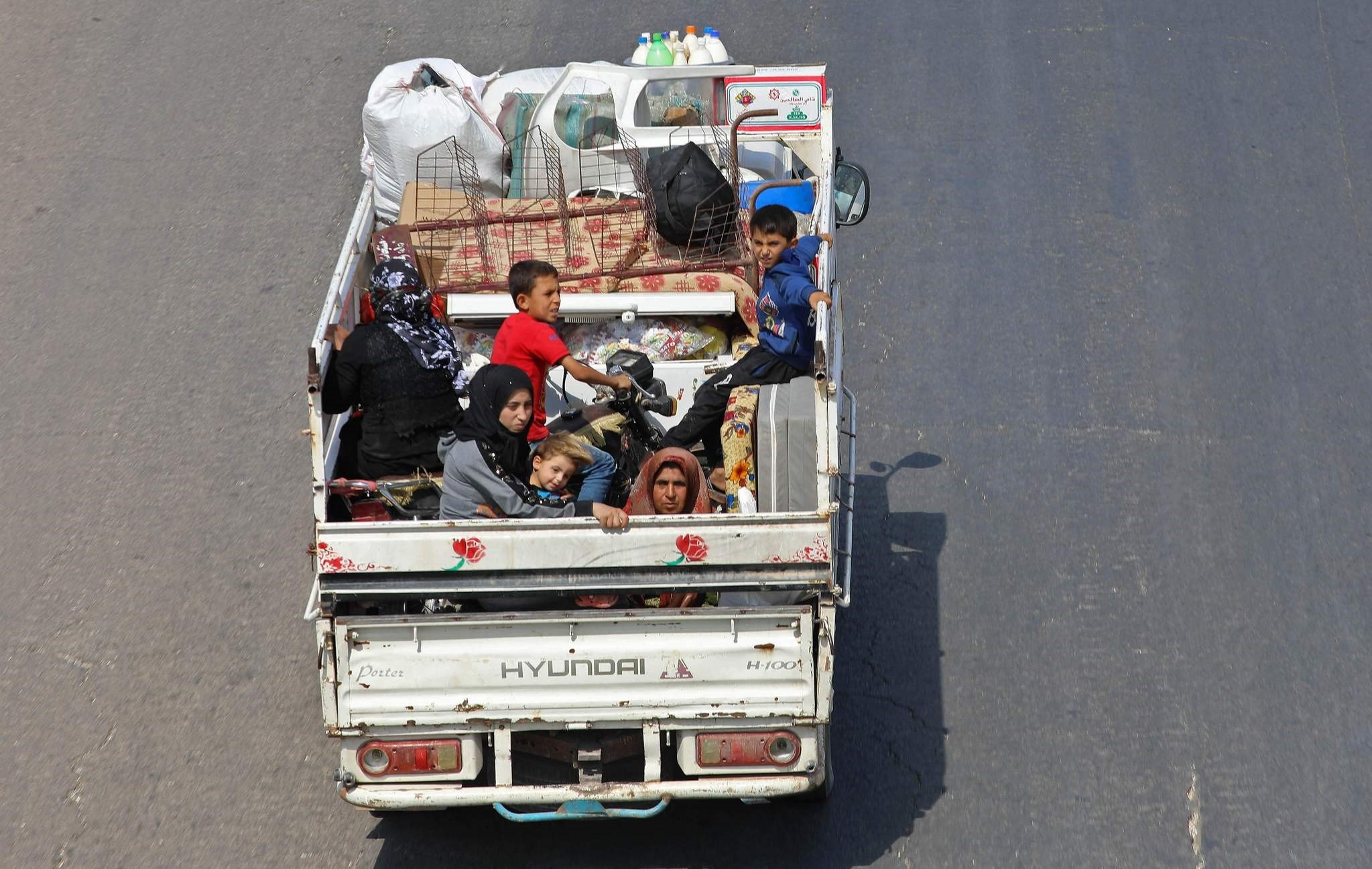 Residents of Idlib province flee toward the Syrian-Turkish border amid ongoing attacks by Russia and regime forces, Sept. 10.
by Muhittin Ataman Sep 12, 2018 12:00 am

Regional and global actors cannot reach common ground in order to end the Idlib crisis, signaling that the Syrian civil war will most probably get worse in the future

Nowadays, the world has been monitoring the fragile situation in Syria's Idlib province, the last stronghold of the Syrian opposition forces. It seems that the future of the city will strongly influence, if not determine, the future of the seven-year Syrian civil war. Besides the Syrian actors, there are other four main players active in the country, namely Turkey, Russia, Iran and the United States, each having different expectations from the crisis. While the U.S. supports the PKK-linked non-state armed groups, like the People's Protection Units (YPG), or also known as the Syrian Democratic Forces (SDF), Turkey safeguards the opposition groups. On the other hand, Russia and Iran back the Bashar Assad regime.

Turkey has three main intertwining concerns in the Idlib crisis. The first one is humanitarian. There are more than three million civilians living in the province. A comprehensive ground military operation may cause a huge calamity ending the death of thousands of civilians and the relocation of millions. Turkey, hosting more than 3.5 million Syrian refugees, is now seen as the only related country, concerning about the humanitarian dimension. However, Turkey cannot host any more refugees due to the economic and political circumstances, as another likely mass refugee exodus is at door, threatening the national security of Turkey.

The second Turkish concern is the security threats: the creation of a political entity under the control of the PKK-affiliated YPG in northern Syria, near the Turkish borders. Turkey has repeatedly declared that it will not tolerate any PKK-controlled area in any condition on its southern border and that it will take the necessary measures against all kinds of non-state presence, naturally including the PKK affiliates. In addition, for the elimination of the moderate Syrian opposition groups would mean the loss of the Turkish influence, Turkey has been trying to prevent such a possibility against the other three states.

Having suffered quite a lot from the terrorist attacks in the past, Turkey is worried about the fate of radical foreign fighters. Turkey has the longest border with its neighbor Syria and thus is the first possible target of those fighters. As if it is not enough, while the international actors expect Turkey to continue its fight against terrorist and differentiate them from moderates, none of them supports its struggle against terrorism.

Russia, Iran and the U.S. have meanwhile only strategic concerns regarding the crisis and none of the three care about the humanitarian issues. Iran and its proxies, pro-Iranian militias, Hezbollah militants and the Assad regime, commit different kinds of humanitarian crimes by killing innocent civilians. Iran has been supporting the Assad regime and therefore it shares the responsibility for the war crimes committed by the Assad regime. As the most deeply involved state in the crisis by maintaining thousands of its troops on the ground, Iran considers Syria as the main stronghold of its regional policy.

It intends to abolish the only opposition controlled region, Idlib, and hence to eliminate the opposition and to empower the regime. Iran is aware that getting rid of the opposition will increase the bargaining power of the Assad regime, and as a result that of Iran.Russia has two main priorities in Idlib. The first is the eradication of foreign fighters, including the Russian citizens. Russian security forces bomb moderate groups more than they bomb Daesh militants. The second is the protection of the regime, which provides opportunities for Russians to remain in the Middle East. Besides, Russia tests its newly developed weapons in Syria and trains its security forces.

Officially, the main American concern is the annihilation of Daesh; however, weakening of the opposition and empowerment of the YPG seem more important. While there are some explanations about the use of chemical weapons, the U.S. does not oppose the Idlib operation. The U.S. wishes to divide the country into two spheres of influence, a Russian and an American sphere. Having accepted the Russia sphere of influence since it is the strongest actor on the ground, it seems the U.S. leaves the west of Syria to Russia while trying to control the northeastern part of the country.

On the other hand, the U.S. has been supporting the YPG in order to maintain its powers on the ground and also trying to minimize the influence of Turkey and Iran.With these conflicting interests, the two regional states, Turkey and Iran, and the two global powers, Russia and the U.S., try to maintain their maximalist position in the Idlib crisis. However, they know that they have to continue diplomatic negotiations and the political process. In the end, they have to take a conciliatory position, establish a common ground and reach a political solution. The resistance of Turkey will play the decisive role and untie the knot in the Syrian crisis. That is, it is impossible to reach a sustainable solution without the Turkish contribution.