Reading the new developments in the Middle East 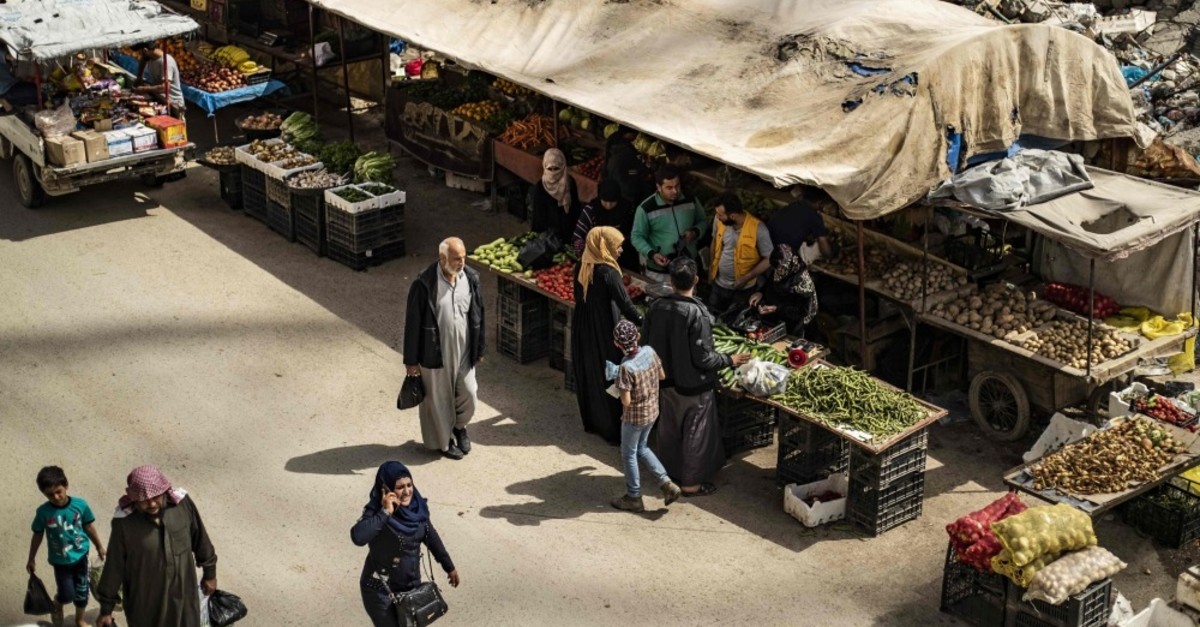 Customers walk near make-shift fruit and vegetable shops set in front of destroyed buildings in the northern Syrian city of Raqa, April 14, 2019.
by Muhittin Ataman May 01, 2019 12:10 am

In a quest to assure stability in the region, Turkey has to find new, more active, regional partners and maintain its opposition against the unilateral policies of foreign players

The Middle East has been experiencing a comprehensive transformation over the last decade. Until very recently, the history of the Middle East was dominated by two conflicting coalitions, a pro-status quo and a revisionist one. However, today we witness a clash between two revisionist groups of states, namely the Gulf states, led by the United Arab Emirates (UAE), and Iran, respectively. Turkey is aligned to neither side, but rather finds itself isolated by the two conflicting parties. There are many simultaneous developments in the region, which have strong impacts on the strategic calculations of regional states, including Turkey. Most of these developments require rapprochement between Turkey and other regional and global countries that are relatively closer to Turkey. I will try to briefly explain several of these regional developments. One of the most important regional crises is the future of Syria. From the beginning, Turkey has been supporting the territorial integrity of the country. However, many states think otherwise. Among others, Israel and the U.S. government undermine Syrian territorial integrity by declaring the annexation of the Golan Heights by Israel. The more threatening dimension of the Syrian crisis is the American support for the PKK-affiliated People's Protection Units (YPG)/Democratic Union Party (PYD) in northern Syria.

In spite of Turkey's strong opposition, the U.S. government is indifferent to Turkey's national security concerns. Turkey will continue to preserve Syria's territorial integrity in all international platforms.

Second, a new process was initiated in the eastern Mediterranean after the discovery of vast energy resources by some regional countries. Turkey has been isolated from the newly established regional platforms. Benefiting from the regional tension, Israel, Greece, South Cyprus and Egypt have been planning to transfer the regional natural gas to Europe bypassing Turkey. Turkey has been trying to be in the field in order to balance the revisionist global powers by sending its own ships to the region to search for natural gas.

Third, the administration of President Donald Trump has declared that it will solve the Palestinian-Israeli question with the so-called "deal of the century," an initiative of the U.S. government to solve the problem, and thus establish a new regional order in favor of Israel and its regional allies. Like many other global powers, Turkey has been supporting a two-state solution in Palestine and wants a multilateral solution of the city of Jerusalem, which has a symbolic meaning for different faiths. Turkey has been supporting the Palestinians living under the Israeli occupation and providing for their needs. Turkey is one of the few countries maintaining close relations with the main Palestinian actors, namely Fatah and Hamas.

Fourth, an anti-Turkey containment policy has been executed by some regional powers including the UAE and Saudi Arabia. With the support of the Trump administration and the Israeli state, these countries have declared that they will establish an Arab NATO in the near future. The project of the Arab NATO attempts to discard other regional multilateral platforms such as the Gulf Cooperation Council (GCC).

Furthermore, one of the demands of these two countries from Qatar was the closure of the Turkish military base in Doha. Similarly, the same two countries have been forcing the new military government of Sudan to withdraw the country from an agreement with Turkey to restructure Suakin Island.

Even the imposition of new sanctions against Iran has been harming Turkey more than any other regional country because of Turkey's dependence on Iranian oil. Therefore, one can consider the complete isolation of Iran as part of the containment policy against Turkey.

Overall, some regional and global powers have been trying to otherize Turkey. In return, Turkey has to take some initiatives, bringing other regional actors to form a resistance axis to strive for regional stability. Especially the tension between Turkey and the U.S. has a great effect on Turkey's relations with the regional states.

As long as Turkey tries to follow an independent regional policy and thus become a natural challenge to new regional projections, it will be otherized by countries which prefer to employ power-politics. In return, Turkey will be forced to find alternative allies in the region and continue to invite other actors to abide by the international norms. Opposing the unilateral policies of regional and global states, including the imposition of new sanctions against Iran, Turkey has to find new partners that are active in the region in order to be able to resist against destabilizing developments.