The Bahrain conference and the 'Deal of the Century' 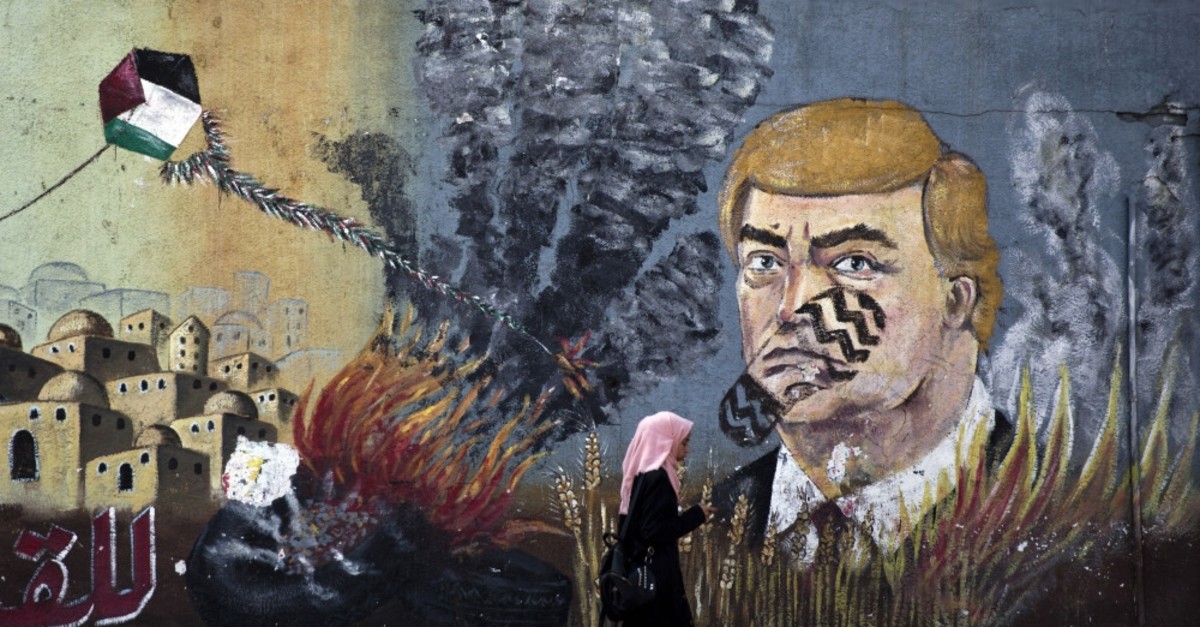 The United States is holding an international conference – in reality an economic workshop – in Bahrain on June 25-26 to launch the Middle East peace plan by encouraging investment and economic promises in the Palestinian territory. The Bahrain conference, which will bring together government and business leaders from different countries, is the first part of U.S. President Donald Trump's regional peace plan, the so-called "Deal of the Century." The Trump administration will attempt to start the economic plan and then continue with political proposals. Trump's son-in-law, Jared Kushner, and Trump's regional representative, Jason Greenblatt, are the masterminds behind the conference and the plan.

Trump's negotiation team wants to outline economic components of their regional peace plan with this conference. They want to persuade regional actors through economic promises.

However, it seems that the conference is destined to fail for several reasons. First, Palestinians are boycotting the gathering. All major Palestinian actors, including the Palestinian Authority, Fatah, Islamic Jihad and Hamas, are strongly against the conference.

Palestinian officials and the public believe that the U.S. efforts are heavily biased in favor of the Israeli state and that the Trump administration ignores Palestinian needs. Palestinians claim that the Trump administration – who unilaterally declared the united Jerusalem as the capital of Israel, cut aid to the United Nations Relief and Works Agency (UNRWA) and recognized the Israeli sovereignty over the Golan Heights – cannot be a mediator or power broker anymore.

Second, Israeli Prime Minister Benjamin Netanyahu's failure to establish a coalition government has led to political instability in Israel, which must renew general elections in next September. The future of the Israeli government is uncertain.

Furthermore, since Bahrain still does not recognize Israel, Israeli officials will not attend the conference. Only some Israeli business leaders will participate as representatives of their country.

Third, the conference is only another one of Trump's unilateral attempts and it is supported by regional and global actors. That is, many regional actors and global powers are against Trump's perspective on the region. On a regional level, Iran and Turkey, two strong regional powers and two game-changers in the Middle East, remain insistently against the unilateral American attempts in the region.

On the other hand, many Arab countries are reluctant to participate in the conference. For instance, Kuwait, Qatar and Oman are unwilling to participate. Jordan and Egypt were hesitant to participate; however, after heavy pressure from the United States and Saudi Arabia, they decided to attend.

There is a strong opposition and unwillingness on a global level. The European Union still supports a two-state solution. Russia and China continue to strongly oppose Trump's projections for the region.

While the conference mainly promises economic benefits and attempts to solve the Palestinian-Israeli and Arab-Israeli issues by providing economic benefits, many state officials and observers think otherwise.

Ultimately, the Bahrain conference can be evaluated in terms of the most recent paradigm shift in the foreign policy approaches of the Gulf powerhouses, namely the United Arab Emirates (UAE) and Saudi Arabia. Most Arab countries have been instrumentalizing and exploiting the Palestinian issue since the establishment of the Israeli state.

However, recently, there has been a shift in the exploitation of the Palestinian issue in most Arab states. The authoritarian Arab regimes nowadays are afraid of external powers, namely Israel and the U.S., and are accordingly trying to satisfy their demands regarding the region.

Therefore, Arab states have begun to use the Palestinian issue in negotiations with regional and global actors, namely with Israel and the U.S.

Lastly, it is ridiculous to expect that the Bahrain conference, which attempts to solve the long-standing Palestinian-Israeli conflict, will be successful without Palestinian and Israeli participation and without the support of regional and global powers.

The Palestinian-Israeli conflict, which includes not only economic but also religious, cultural, political and strategic dimensions, cannot be solved through economic means. All other aspects of the conflict must be taken into consideration.