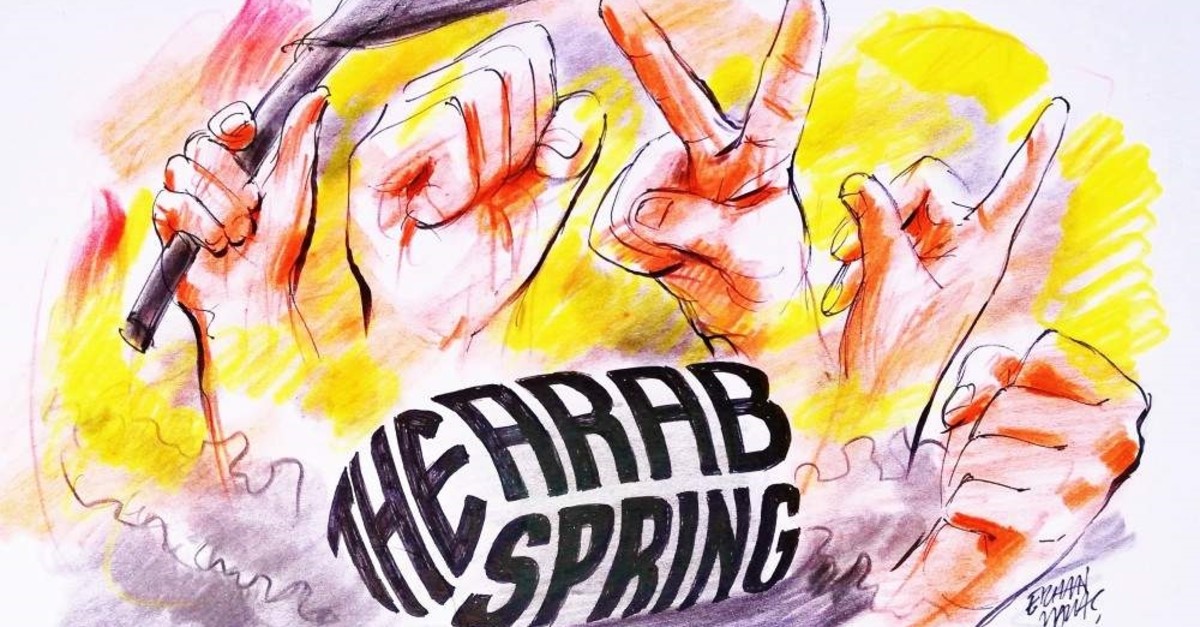 Arabs have been demanding economic, political and cultural freedom since the outbreak of uprisings at the end of 2010. The Arab Spring, which continued for 2.5 years, from December 2010 to July 2013, brought about a complete breach from the old regional system. The Arab Spring sowed seeds of change in the Arab world, and the region was never the same as before.

However, the process of change turned into an Arab Winter after Abdel-Fatteh el-Sissi's military coup in Egypt and the following detrimental developments. A strong coalition, which is resolutely opposed to the democratization process in the Middle East, including regional countries such as Israel, Saudi Arabia and the United Arab Emirates, and global powers such the United States and some European countries, directly or indirectly contributed to the military coup. These regional and global powers did not hesitate to push the region into a situation rife with state failures, military coups, civil wars, mass killings, political instability, foreign interventions, economic collapses and the rise of violent non-state actors. In the end, Western powers have always preferred a friendly authoritarian regime over a liberal nationalist and democratic government.

Even though some claim that the Arab Spring is over, the process it initiated continues at full steam. In spite of all the efforts by the abovementioned regional states and global powers, the spirit of the Arab Spring continues to haunt the Arab regimes. Saudi Arabia and the UAE, in particular, have been spending billions of dollars to appease the demands for change on the one hand and to support authoritarian forces in suppressing popular demands, on the other. Nevertheless, they have been unable to prevent the awakening process in the Arab world.

People on the streets are aware of what is going on in their respective states and have the potential to mobilize in a very short period of time. Arab people have already initiated a process for the right of self-determination against domestic power centers, ruling families and external influences. However, it will take time for this process to be completed. As long as Arab regimes exhibit problems in the areas of freedom, human rights, corruption, poverty, unemployment and unequal distribution of wealth, Arab people will continue to put pressure on their governments and will struggle for their political freedom and economic well-being.

As long as political, economic and social problems continue, the spirit of the Arab Spring will continue to knock on the door of the Arab governments. Similar to the fall of the so-called modern republican regimes, which were alien to their societies, the monarchies, which have begun to be alienated, will face a similar fate. Traditional states such as Saudi Arabia and the UAE have initiated a reformation-from-above process to change their societal structures without changing their political and economic systems. No regime is immune to change in the Arab world, even the Gulf states, which have also begun to experience economic hardships and tearing down of traditional social and political structures.

Today, it is almost impossible to maintain the status quo in the Middle East. Even the most conservative states such as Saudi Arabia have begun to pursue a revisionist and interventionist regional foreign policy. Formerly traditional regimes such as the Gulf states follow a new pro-status quo policy aiming to intervene in all regional crises and change the course of regional developments. All of their attempts relate to the establishment of new authoritarian regimes or new family rules. It is clear that Arab people will continue to keep the Arab regimes awake at night. Therefore, Arab states have to take necessary political and economic measures and fulfill the demands of their people.