Killing of Soleimani a milestone in Middle Eastern politics 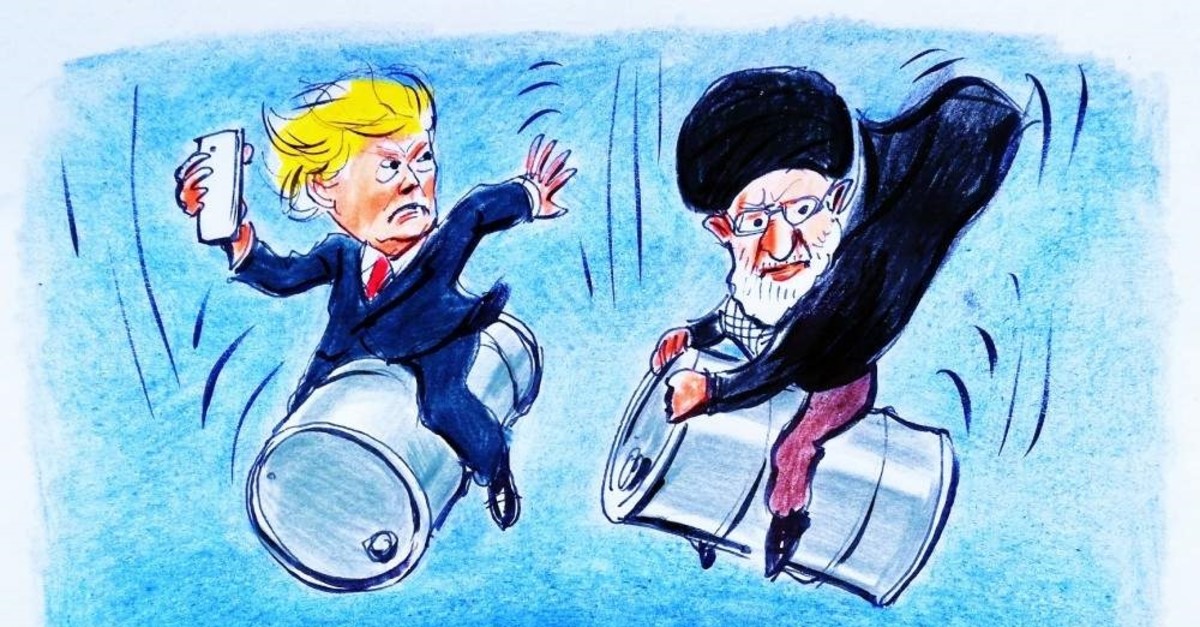 The assassination of Qassem Soleimani, the second most influential figure for the Iranian regime only after the Supreme Leader Ayatollah Ali Khamenei, represents a milestone in Middle Eastern politics in many ways. Soleimani was not an ordinary military commander or politician, but was the man carrying out almost all Iranian military operations in the Middle East, ranging from Lebanon and Syria to Yemen. His death will have significant implications on four different levels: Iranian domestic politics, Iran-U.S. bilateral relations, regional politics and international politics.

First of all, Soleimani's death has strengthened Iranian nationalism and contributed to the unification of the Iranian people. In other words, the killing of Soleimani was counterproductive, increasing anti-Americanism not only in Iran but also in the Middle East and consolidating the authority of the Iranian regime. For Iranian people, now is not the right time to criticize their government, but to rise against a foreign enemy. This incident has stopped the ongoing popular mass demonstrations against the Iranian government and turned their hatred toward the U.S. At the very least, the American attack has postponed the Iranian domestic cleavages.

On the second level, the killing of Soleimani has dramatically escalated the tension in bilateral relations between Iran and the United States. After Trump took office, he unilaterally withdrew the U.S. from the nuclear pact previously signed by Iran and six global powers, including the U.S., and severed sanctions against Iran. After the slaying of the Iranian general, the likelihood of an Iranian and American rapprochement has dramatically decreased. From now on, it is more difficult for Iran and the U.S. to improve their bilateral relations.

Considering explanations made by Iranian and American politicians and officials, both sides are determined to threaten and to retaliate against one another. The Iranian Revolutionary Guard Corps declared over the weekend that their response to the American airstrike will be severe. While Iranians have declared that 35 American targets are within their range, President Donald Trump answered by threatening to hit 52 possible Iranian targets, including historical sites.

On the third level, the assassination of Soleimani has many implications for Middle Eastern politics. A further escalation of the tension between Iran and the U.S. may increase political instability in the region, where the situation is quite vulnerable and delicate. Almost all regional states will be influenced by this development in one way or another.

The killing of Soleimani will influence Iran's policy toward regional crises, including its regional military operations and political projections. Soleimani is the man mobilizing pro-Iranian proxies, Shia militias, Shia minorities and many regional non-state actors, including some Kurdish organizations in both Iraq and Syria. He is also known as the man responsible for the deaths of thousands of innocent people in regional crises such as Yemen, Lebanon, Iraq and Syria.

Therefore, in order to protect its regional weight, Iran has to fill the gap left by his death, which may negatively affect Iran's position in the region – in Syria, in particular. On the other hand, his death was welcomed by those who suffered from Iranian military operations. For many groups living in the region, Soleimani's death was seen as a positive development for the region, since it will hinder Iran's military operations.

Furthermore, Soleimani's death will influence Iran's relations with other regional countries. For instance, the American move pushed Iraq, the country that has been experiencing mass anti-Iranian demonstrations, closer to Iran. The hatred of the Iraqi people and politicians, who do not want their country to become the arena for an Iran-U.S. war, turned toward the U.S. On Sunday, the Iraqi Parliament voted to expel U.S. forces from the country. The decision was rejected by the American officials. President Trump and Secretary of Defense Mark Esper clearly stated that the U.S. will not leave the country.

In addition, the Gulf States, which are among the closest U.S. allies in the region and host several American military bases, worry about future Iranian attacks. As the most anti-Iranian Gulf state, Saudi Arabia can be targeted directly or through Iran's proxy in Yemen, the Houthis, in the near future.

On the fourth level, the death of Soleimani represents a rupture in international politics. There are several implications of the incident for global politics. To start with, the U.S. government continues to violate the main principles of international law. After recognizing the "unified Jerusalem" as the capital of Israel, the annexation of the Golan Heights and the illegal settlements in the West Bank, the U.S. has violated the sovereignty of Iraq and targeted an Iranian official. The U.S. government arbitrarily declares some state institutions as terrorists and some terrorist organizations as legitimate partners. In this case, the U.S. declared part of Iran's official armed forces as a terrorist organization and its leader as a terrorist.

The U.S. declaration of Iran's al-Quds Brigades as a terrorist organization and its leader Soleimani as a terrorist has raised questions regarding U.S. foreign policy in the Middle East. The U.S., after all, was the country that struck an alliance with the Hashd al-Shaabi and Soleimani himself in its struggle against Daesh only last year. While nothing has changed in these organizations' policies, the U.S. has drastically shifted its position. In other words, the U.S position is contradictory.