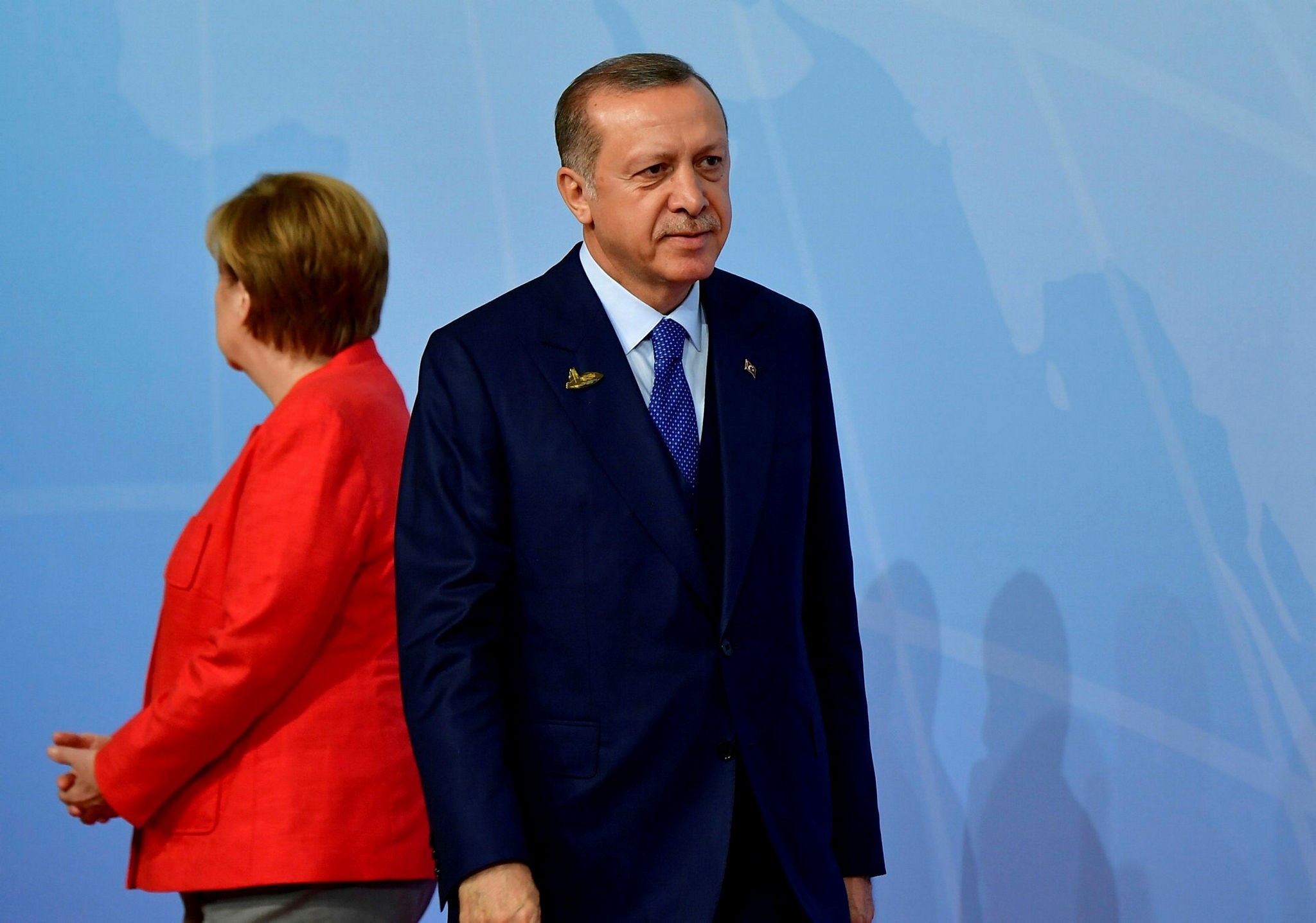 Germany has asked its European partners to reconsider Turkey's EU accession bid and to suspend preparatory work on negotiations with Ankara about modernizing the Turkey-EU Customs Union because of the ongoing tension between Ankara and Berlin.

It is bad news if the EU's relations with candidate countries are determined only according to these countries' relationships with Germany. Of course, when it comes to Turkey, even half of Cyprus had been able to block many aspects of the Turkish-EU relationship, so an important country like Germany will naturally have more clout. In the past, many countries that were opposed to Turkey's membership were hiding behind the Greek Cypriot government, and therefore, Cyprus had become a useful instrument to keep Turkey away from Europe. Everyone knew of course that it was not Cyprus that dictated its policy to the EU, but the EU has permitted Cyprus to play this role.

Now Germany wants to impose a particular Turkey policy on the European Union, because its relations are currently in conflict with Turkey's government and president.

It is obvious that Germany's future will determine that of the EU. The EU was once an integration movement in which all its members were supposed to be equal, but as of today, it gives the impression of being a hierarchical organization with Germany at the top. Germany wants to be the one to decide in which direction the EU will move forward, which is a serious obstacle for Europe's future.

Germany is threatening Ankara with stopping its EU accession talks, while Turkey is implying that it can influence the voting behavior of Turkish-Germans.

At this point, we have to remember that Germany had never been eager to welcome Turkey into the EU. So maybe it is not surprising that Berlin is now openly playing the leading role to keep Turkey out of the EU.

On the other hand, we must admit that Turkey is not exactly acting as if joining the EU is a strategic priority. While Germany is stepping up economic pressure on Turkey, a pressure we could call post-modern economic sanctions, Turkey keeps overreacting to every declaration from every German politician. Therefore, German-Turkish relations have become something like the relations between Saudi Arabia and Qatar, but has a more sophisticated and, of course, European form.

Germany is quite angry with Erdoğan's declarations concerning the upcoming German elections, but in today's world, every country is interested in every other country's elections, so there is actually nothing to be angry about. Just look at how U.S. President Donald Trump was elected. Besides, we all know that Germany has ostensibly worked against Turkey's constitutional referendum, so it is the last country to complain about foreign interference to electoral processes.

Germany criticizes the Turkish government's actions and the way it expresses its demands, but Germany has long adopted an undiplomatic way to talk to Turkey, as well. In other words, neither Turkey nor Germany can claim they have not made any mistakes. Ankara is mainly angry at Berlin because it believes it has preferred to protect the putschists of the last year's coup attempt, while it is not clear what the real reason behind Germany's anger at Turkey is.

We can only hope that this unfruitful period will soon come to an end and that the two countries will remember friendship and cooperation are more productive. In the meantime, it is important to make sure that the disputes between politicians do not damage the friendly and tolerant relations between ordinary Germans and Turks.