Tillerson's visit good, but not enough to normalize ties with Ankara 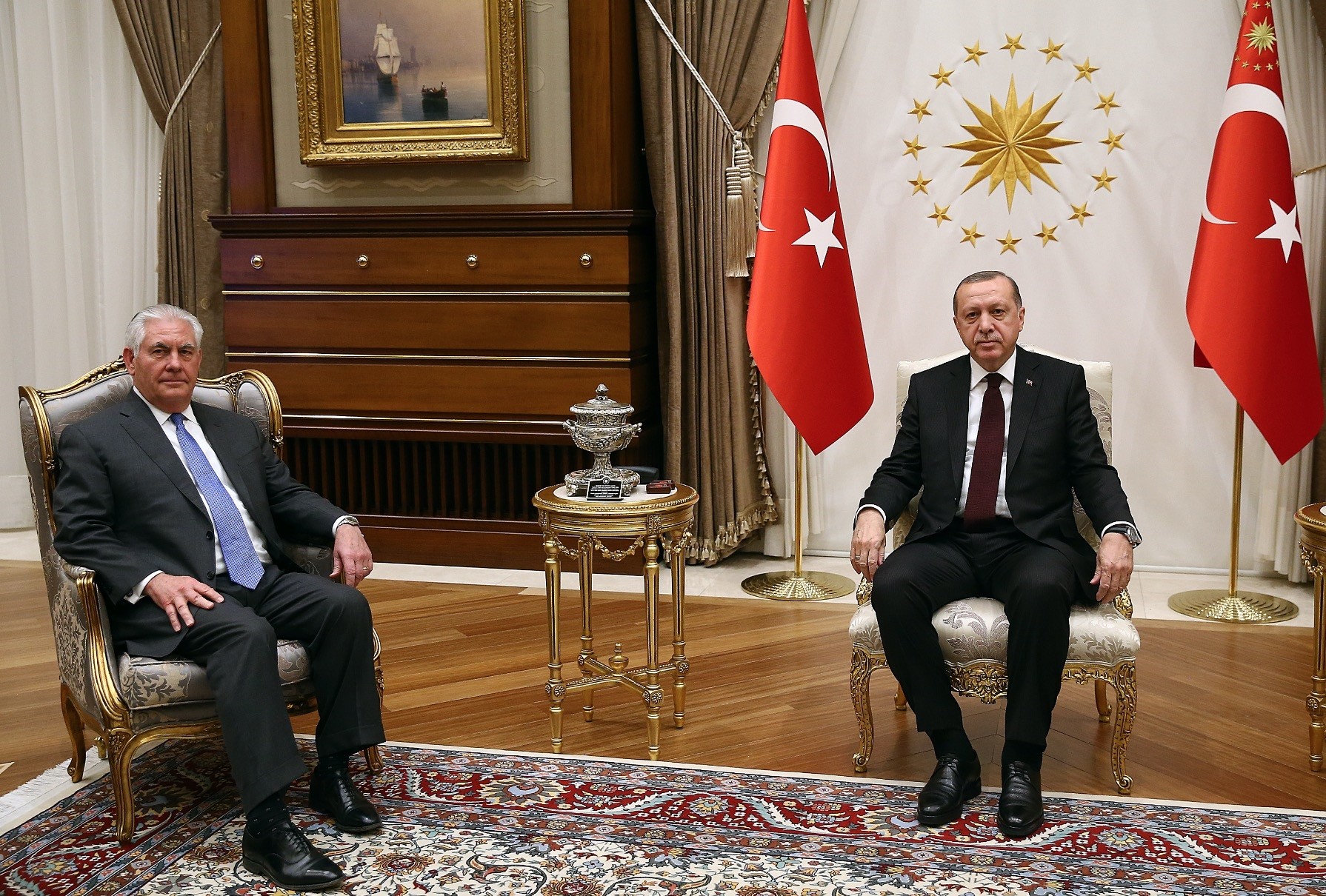 If the U.S. really cares about normalization with its ally Turkey, it has to find ways to persuade Ankara through credible, functional and operational engagements

It is obvious that relations between Turkey and the U.S. are going through a very turbulent period. There are profound differences between the two countries about regional developments, and their strategic priorities don't seem to be compatible anymore. That is not a reason to despair, however, because in international relations, crises can often turn into opportunities. In other words, there is still a chance for the two countries to heal their relationship.

The basic reason for the present icy-cold ambiance between Washington and Ankara is the fact that the U.S. doesn't like Turkey's governing party. That's why the U.S. doesn't hesitate to use different tools to weaken, and eventually overthrow Turkey's government, and that includes turning a blind eye to military coup attempts or not helping Turkey deal with its pressing security problems.

Yet it is hard to understand why the U.S. keeps pushing Turkey away in a time when Washington's priority in the Middle-East is to isolate Iran or fight against radical religious currents, as Turkey might help with that. Besides, the deterioration of Turkish-American relations is only serving Russia's interests at the end of the day. One even wonders whether there is a tacit agreement between Russia and the U.S., as if Moscow said to Washington, "If you want Iran from me, then I'm going to take Turkey from you."

Always and only blaming Turkey for the souring relations with the U.S. is not the best way to deal with the problem. Perhaps the current U.S. administration does believe that the Turkish government is no different than Hamas or the Muslim Brotherhood; but they have to ask themselves, first, if this assumption is justified, and second, isn't it better to support a conservative government as antidote to radical religious currents?

It is not our job to tell the American decision makers what they need to do, but it seems there are some people in the U.S. administration who finally decided to listen to Turkey. U.S. Secretary of State Rex Tillerson's recent visit and subsequent declarations have proven that the two countries are on their way to rebuilding mutual confidence and they will put in place the necessary mechanisms to avoid further crises. What is urgent is to put the U.S. and Turkey on the same page concerning Syria, and to coordinate their respective policies with regard to Daesh and the People's Protection Units (YPG). We don't know whether or not the two countries have agreed on Assad's future yet, or informed Russia about their agreements. We can only hope that the U.S. is telling the same thing about what they think about Syria's future to both the Turks and the Russians.

One visit, or one or two new mechanisms, will not suffice to ease the tension between Turkey and the U.S. Besides, no matter what Turkey and the U.S. agree on, it is fundamental that first of all, the U.S. and Russia need to agree on what to do in Syria. There is no need to inform the public opinions about all the details of every single meeting, but the U.S. should at least share its strategic decisions with its close allies. Assuming they have taken some strategic decisions, of course; and I'm not talking about "genius" ideas like using the YPG in the fight against the PKK.

By uttering this nonsense, the U.S. authorities may have confessed how they are splitting and using against one and other different armed groups around the world. One wonders if this was the strategy they used with al-Qaida, the Nusra Front or Daesh in the past.

If the U.S. really cares about normalization with its Turkish ally, it has to find ways to persuade Turkey through credible, functional and operational engagements. Both countries have boots on the ground in Syria at the moment. This is not only a risk, but also an opportunity. Let's hope the new coordination mechanisms will prove useful, after all.