Trying times ahead for Trump 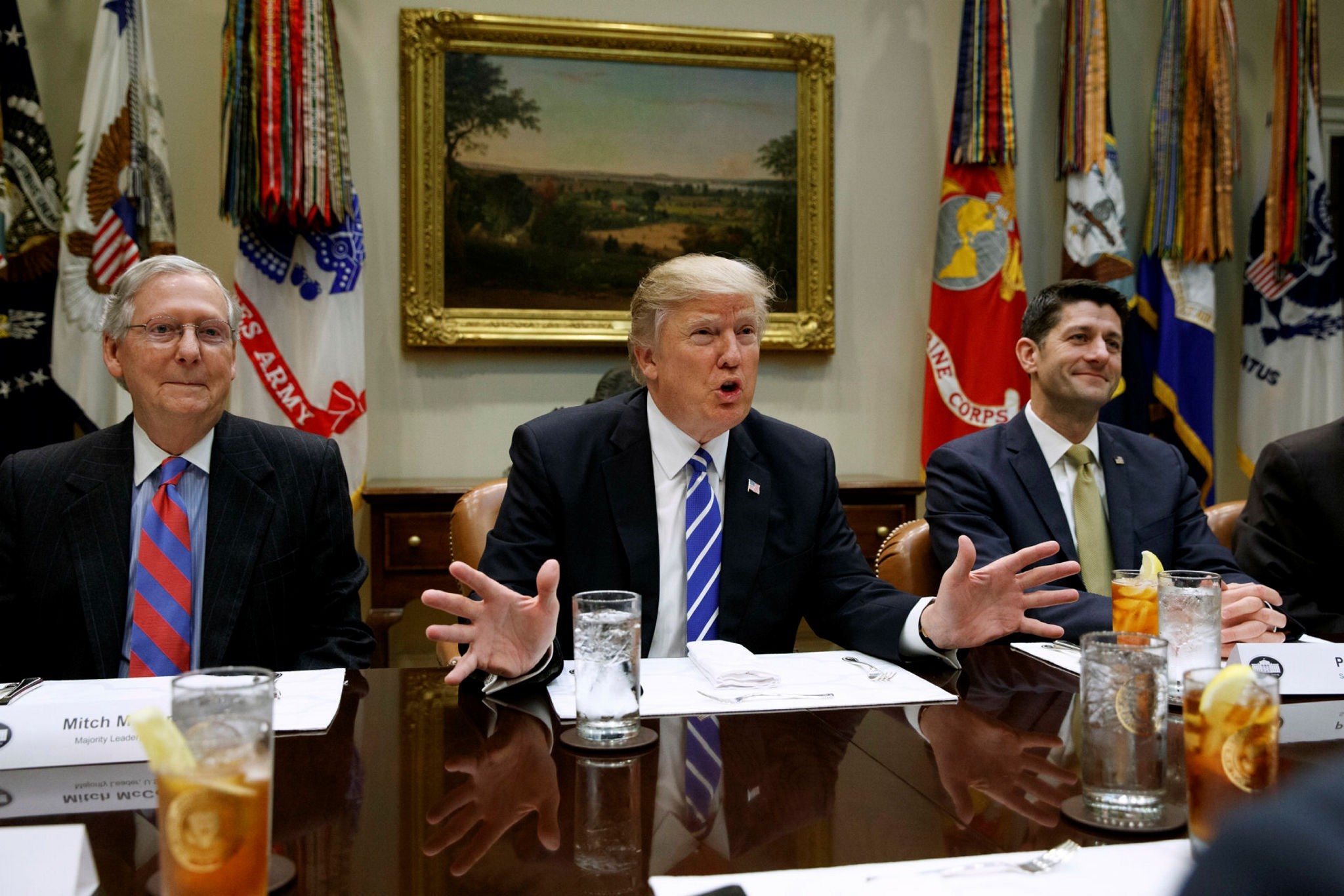 The entire world has to deal with U.S. President Donald Trump's decisions on diverging matters, like new tariffs on steel and aluminum, the immigration ban, the border wall and so on. In the meantime, the president himself has to deal with allegations about his private life.

For Trump, the defense industry is the engine of the economy. Even in the case of horrible school shootings, the only solution he can think of is to distribute weapons to teachers. He probably imagines an America where everybody has weapons and does not hesitate to shoot at one another in their daily lives. Something like in the old Western movies. He thinks exactly the same for international politics. The only solution he advocates for is securing the U.S. is to have more weapons, more rockets and more soldiers. The problem is, an ever-growing weapon production will in one way or another cause uncontrollable wars. History is full of examples.

President Trump has no time to study world history, of course, as he is trapped because of his own past. Special Counsel Robert Mueller was pursuing his investigation over the alleged Russian meddling into the presidential elections, and now Trump's private life is being exposed, too. The allegations are about infidelities before he became president, and what he did during the election campaign to cover up these affairs. He, or his lawyers, paid money and signed nondisclosure agreements with several women in order to shut them up. Trump and his inner circle have probably never thought they have left too many footprints behind and that these may be used to blackmail them one day.

We don't know if ordinary Americans, and especially Trump's voters, care about the president's obscure deals with the Russians and his affair with a porn star. Maybe they will, because, after all, the Republican base pays attention to family values and cherishes a conservative way of life. The allegations, however, expose that Trump is not exactly on the same page with his voters about conservative values. Even the Republican Party remains silent, and they don't attempt to protect Trump on this. In the meantime, President Trump knows there are many people in the system who want him out, and he is trying to defend his presidency by firing members of his cabinet, his advisors or many highly placed bureaucrats. What is interesting is not only who he is firing, but by whom he is choosing to replace them with. The newcomers have long government careers, especially in the military and intelligence community, which means Trump is surrounding himself with people from within the system he pretends he is fighting against.As the number of retired generals or intelligence agents is growing in the White House, the perception of the world about the Trump administration, which is not very good already, is further deteriorating. The world is worried, because they notice that the most powerful country on earth is going deeper into government chaos every day.

We know that in many countries, leaders have private life issues they don't want to be exposed, or state secrets they want to preserve. Methods to protect the secrets did not change much since the Cold War apparently, as only last week, Russian citizens were mysteriously attacked in U.K. Sometimes the general public does not ever hear about these intelligence operations, but this time was different. Moreover, Russian activities have turned into a real crisis between governments in London and Moscow.

Crisis management is a talent, and the Trump administration does not have it. We saw that they lacked it during the crisis between the U.S. and Turkey, too. We keep calling the U.S. a great power for many reasons, but does a country which is incapable of managing any crisis still deserve to be called that? Trump is of course denying all the allegations, but a U.S. president cannot remain in power if it is proven that he lied systematically to obstruct justice. Maybe the world must get ready to deal with a totally new administration in the White House, sooner than they think.