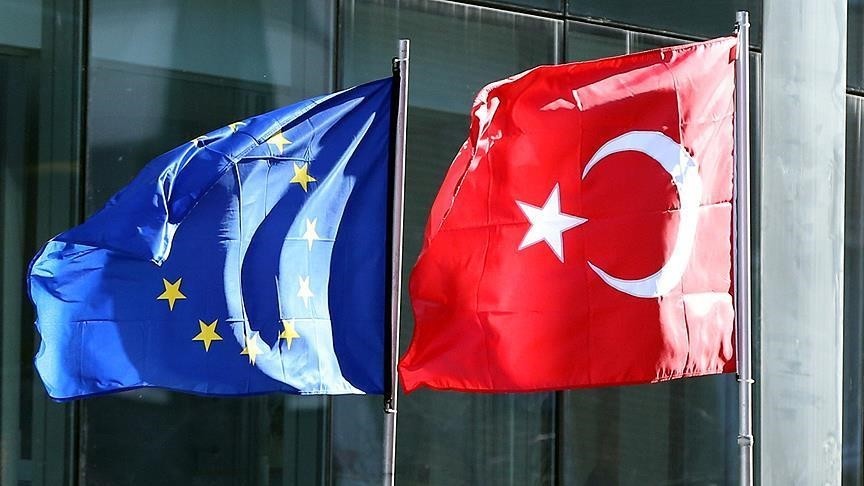 Turkey and the European Union recently held discussions on visa exemption for Turkish citizens wanting to travel to the EU.
by Beril Dedeoğlu Jun 05, 2018 12:00 am

The EU has been blocking and diverting Turkey on the visa liberalization issue for years now and despite many mutual agreements, the latest dialogue suggests that not much has changed

Turkey and the European Union recently held discussions on visa exemption for Turkish citizens wanting to travel to the EU. This discussion is not new, as the partnership agreement signed between the European Economic Community (EEC) and Turkey back in 1963 contains a promise on the matter. In fact, it is hard to understand why Ankara and Brussels still have to negotiate an issue agreed on 55 years ago.

After all these years, the European Union is still not willing to recognize the right to free circulation for Turkish citizens; and in 2018, European officials still prefer to talk about how to facilitate visa procedures instead of abolishing them once and for all.

Up to 1999, in other words, until the EU has officially gave Turkey the candidate status, the EU claimed that the 1963 Ankara Agreement did not include the right of visa-free travel for Turkish citizens. The point is that the two sides have been in a customs union since 1995, which means industrial products can circulate freely between Turkey and the EU; but, let's say, Turkish truck drivers who are supposed to carry those products cannot travel to Europe freely. It is possible for Turkish companies to attend industrial fairs in Europe to promote their products, but the employees of those companies have to struggle with visa procedures to participate.Since the moment Turkey was declared a candidate country, the Turkish government has had to keep reminding its European counterparts about the visa issue. The EU said the matter should be discussed during the official negotiation process, not before. Then the negotiation process began in 2005, but the EU continued to systematically block the liberalization, most recently on the pretext of the Cyprus problem.

Then came the Syrian refugee issue. The EU then told Turkey that if it wants visa exemptions for its citizens, it should sign the readmission agreement concerning the refugees. In other words, Turkey was asked to promise that it will prevent Syrian refugees from reaching European shores in exchange for visa liberalization. Then, in the context of the military coup attempt and the multiple terrorist attacks in Turkey, the EU added on political criteria for the Turks who wanted to travel freely in the EU. For example, they asked Turkey to modify its anti-terror legislation and to lift the state of emergency. The EU has justified these political criteria with the following: If Turkey's democratic record does not improve, many people will want to immigrate to Europe. The point is, European countries do not have to accept those immigrants as refugees. Besides, EU countries seem to have no problem giving the members of the Gülenist Terror Group (FETÖ) or PKK members refugee status. So it is interesting when they say they don't want more refugees.

Greece, for example, does not seem to be complaining much about the presence of the Turkish military personnel who actively took part in the July 15 coup attempt and then sought asylum in the country. So what exactly will change when Turkey agrees on everything the EU is asking? Moreover, everyone knows when the visa obligation is lifted, Turks will not immediately pack their bags and run to the closest European country. If there is no guarantee of jobs in Europe – and there is not – why would people unnecessarily risk everything and leave their country for a risky adventure?

In fact, scientific research has proven that Europe is under more immigration pressure without visa liberalization. However, we of course know the EU has not assessed the matter from a scientific perspective, but a political one. It is definitely political that a right given to Ukraine or Serbia is not given to Turkey, an official candidate country which is also in accession negotiations with the EU. One wonders if the majority of Turkish citizens were as white and Christian as Serbs or Ukrainians, if the dialogue on visa liberalization would still be necessary.