Greece and Macedonia: A perfect compromise? 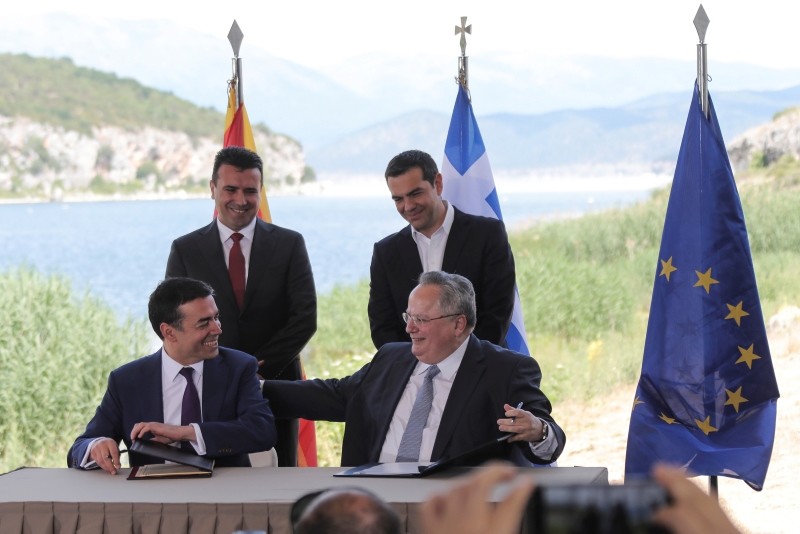 The agreement concluded between Athens and Skopje is an important step that should have been taken long ago; yet it also carries its own risks concerning the two country's interests in the region

Macedonia became an independent country with the dismemberment of Yugoslavia and was admitted to the United Nations in 1993 under the name Former Yugoslav Republic of Macedonia" (FYROM). Since then, Greece has opposed the use of the name "Macedonia" by this country. The Greek government even protested the country's flag design.Greece suggested that Macedonia might use this name to support an eventual territorial claim, as Greece has a province called Macedonia. The dispute over the name has its origins in ancient Greece, and Greeks believe the name Macedonia, the motherland of Alexander the Great, is part of their national heritage. In other words, they suggest if there must be a Macedonia, it can only be Greek.

Of course, if you listen to Greek nationalists, not only Macedonia, but also Eastern Thrace, Western Anatolia and, naturally, Cyprus, are parts of Greater Greece. This is how nationalists think, and not only the Greek ones. In many countries, there are political currents that emphasize historical heritage and claim other people's territories. They say they have the right to govern those lands, simply because they did so in the past. They of course do not like to be reminded that other nations before them governed the very same lands. Nationalists are convinced that their rights are always more important than the rights of others. That is why they spend their time to prove that they are better than everybody else, and all the bad things come from other people.

We do not know if Alexander the Great would have cared about this debate, but we know that he occupied as much land as he could. Maybe Greeks fear that present day Macedonians would like to repeat Alexander's experience and try to conquer everywhere. Unfortunately, nationalist ideas such as these make it harder for nations to reconcile and build mutually beneficial cooperation.

That is why the agreement concluded between Athens and Skopje is of historic importance. Despite months of rallies in various Greek cities, the Greek government was determined to make a deal with their northern neighbor, and this is what happened. Apparently, the name of this former Yugoslav republic will no longer constitute a diplomatic problem. The country will, from now on, be known as the Republic of Northern Macedonia, which is an interesting choice, as it suggests there also exists a Southern Macedonia.

If a region is divided between a North and a South, one may expect their reunification when the time comes. We do not know if the Greek government had that in mind when it agreed to the new name. For now, the deal will help normalization at the heart of the Balkans. We cannot know what the future will bring.

If one day the two countries agree to become one entity in equal and just conditions, the international community will have nothing to say. However, if one of the sides tries to impose reunification against the other's will, we can all imagine what the Balkans will turn into. The situation will be more complicated if Macedonia, thanks to its name change, becomes a member of the EU one day.

Country names always have historical and symbolic meanings. Macedonia will not suddenly change its identity because of this name change. But this is a step toward future policy changes. As you may notice, the name change has its own risks. However, the fact that the two neighbors have come to an agreement should be celebrated. Especially when you know the real obstacles are not the names or physical borders, but psychological barriers. Let's hope there will be more examples like this, and countries will manage to resolve their differences through agreements and not armed conflict.