Turkey and the West about to strike a balance 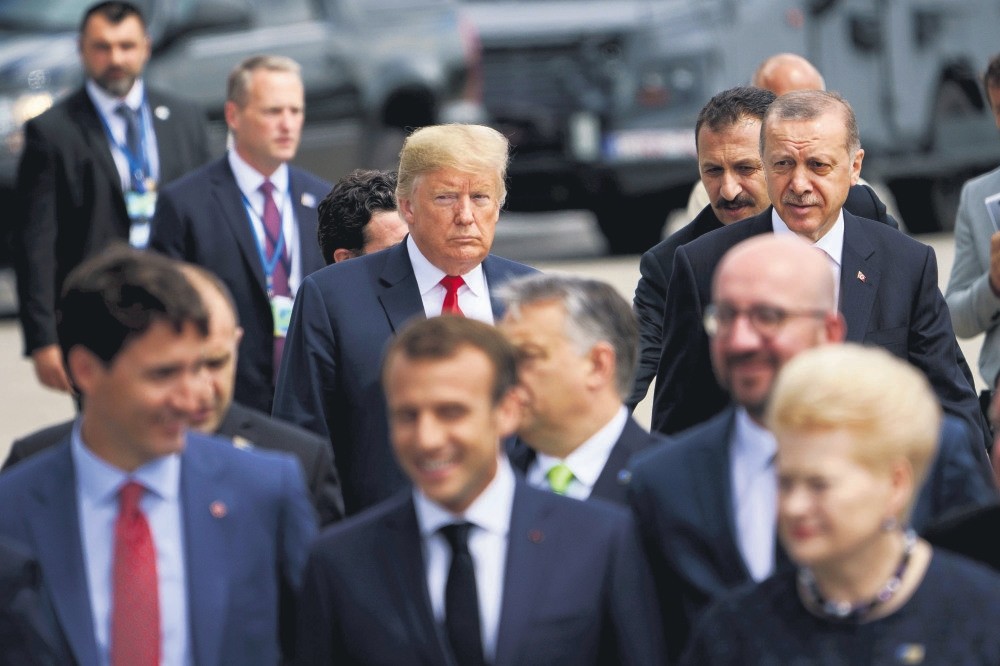 Turkey and its Western allies should take advantage of the opportunity offered by the ongoing positive momentum with one another; it is a good opportunity to aid the reconciliation process and build stronger ties

Normalization of relations between Turkey and the West does seem to be appearing on the horizon. Despite the number of existing problems in the relations between the Western world and Turkey, the U.S., for example, does not hide the fact anymore that they are cooperating with Turkey in the Syrian theater. A special Turkish-American force has been established in Manbij and these troops will be deployed along the Turkish-Syrian border areas.

This cooperation is proof that the U.S. will no longer support the PKK militarily. It seems that the U.S. will agree to change its policy of supporting the PKK, if Turkey will accept, in exchange, to alter its viewpoint on the future of the Assad presidency. Moreover, the meeting between U.S. President Donald Trump and the Russian President Vladimir Putin has apparently contributed to easing the tension between the U.S. and Turkey. One of the main issues between Washington and Ankara was the latter's decision to purchase the Russian S-400 missile system. Turkey has maintained its decision to acquire the S-400 system, but it wants to buy the F-35 fighter jets, too. Turkey has thus shown that it is willing to cooperate with both the U.S. and Russia, even though the cooperation with the United States is more important, as it is an ally.

Despite this negative climate, since the latest NATO summit, there have been some positive signs with regards to the future of Turkish-European relations. There is still much to be done to go back to "good old days," but at least we are heading towards that direction. For example, the Netherlands and Turkey have declared that they intend to normalize their relations and to reinstate ambassadors in Ankara and The Hague shortly. At the same time, Germany has decided to lift restrictions on export guarantees for Turkey, known as the Hermes guarantees. Moreover, the German government relaxed the travel advice on Turkey as well.

Austria still maintains its position with regard to Turkey's negotiation process with the European Union, and recently decided to ditch the Turkish language driving theory tests. Yet the country has remained relatively silent for some time now on Turkey, which is positive enough.

We don't know yet what exactly the Europeans have on their minds when they take a relatively milder position towards Turkey. If they are doing all this to propose once again a privileged partnership to Turkey instead of full membership, this will only provoke new crises. However, if they have a positive agenda on their minds, i.e. finding ways to accelerate Turkey's accession talks, then we will be surprised at how fast Turkey's relations with the EU will normalize.

A normalization with Turkey will mean that the EU has once again started to think strategically. If the Europeans have finally realized the cost of losing Turkey, we can then think that the EU hasn't completely lost its ability to develop a strategy for its future. In fact, Turkey and the EU will both lose if they decide to part ways definitely. Maybe the Europeans have realized that it is pointless to think about the EU's future as if Turkey was nonexistent. For its part, Turkey has started to realize that the climate of permanent crisis with Europe has reached its limits.

It is of course difficult to guess the future of U.S.-Russian relations. No matter what, it is obvious that the EU will follow the evolution of this relationship very carefully and will try to minimize its negative impact on them. While they want to protect themselves both from the U.S. and Russia, they have probably noticed that normalization with Turkey will be of great help. Let's hope we are not wrong and both Turkey and the Western players will do their best to not lose this rare momentum.