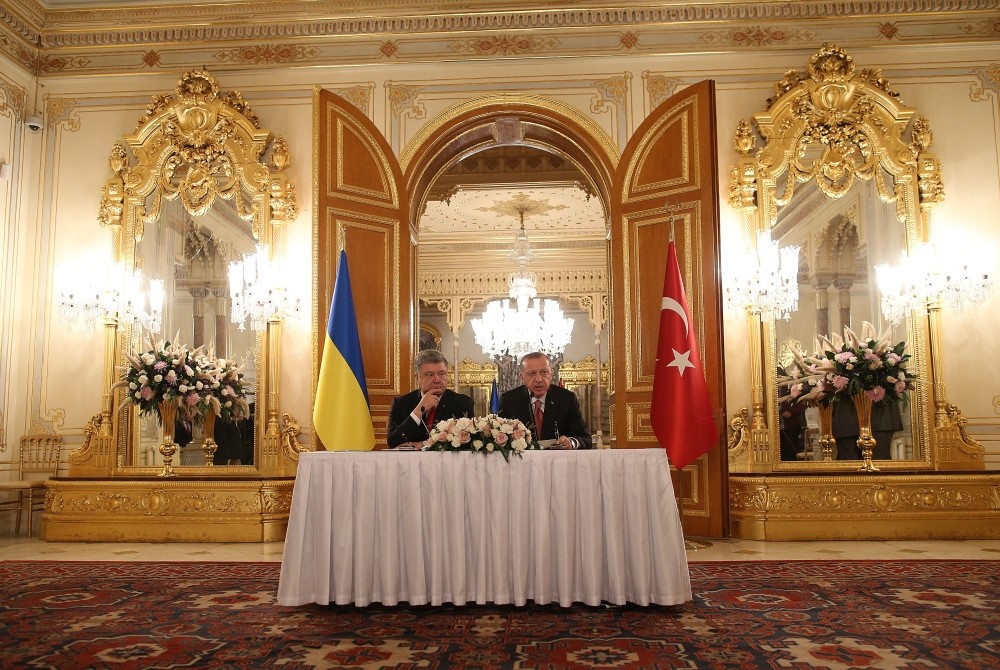 Ukrainian President Petro Poroshenko's recent visit to Turkey offered an opportunity to push forward relations between the two countries. Turkish-Ukrainian ties are quite old and diversified but currently they are evolving under the influence of circumstances created by Russia's strategy toward Ukraine.

In fact, the ongoing war in the Ukraine's eastern provinces and the annexation of the Crimea had a tremendous impact on the country's future and on its role in the international system.

We have to admit there is no way to justify the actions of Russia, who occupied a territory that legally belongs to Ukraine. Still, we have to remember the international circumstances that have pushed Russia to act the way it did. Since the fall of the Soviet Union, Russia has been consistent in stating that it wants to maintain some sort of influence in the surrounding region. Ukraine was a particularly important piece in this strategy. In fact, Russia hoped Ukraine was going to become a buffer zone between Russia and the Western world, especially NATO.

The European Union also appeared willing to see in Ukraine some sort of economic bridge between Russia and Europe, Kiev maintaining equally good economic and political ties with both. However, with time, the EU, and especially Germany, thought that Ukraine must be pulled out from Russia's influence zone. The U.S. did not appreciate this, because it meant the disruption of the balance in eastern Europe. Russia considered it a direct threat, and refused to let Ukraine drift away from Moscow. That's why the U.S.' reaction to Crimea's annexation had been relatively mild, because Washington was essentially happy to see the European Union, and especially Germany, being punished.

For Turkey too, the annexation of Crimea was unacceptable, but Ankara tried not to take sides in this arm wrestling match between great powers. It tried to help Ukraine as much as possible, without antagonizing Russia. Maintaining the relationship with Ukraine was important not only for Turkey, but also for NATO. As for Russia, it preferred Turkey over European powers to have a relationship with Kiev. In a sense, Turkey became the holder of balance in this crisis, and it did it by remaining neutral and by not taking sides.

It is clear that Poroshenko's visit will not change this picture, and Turkey will continue to maintain its ties with Ukraine without hurting any other actors' interests. Ukraine, or some other countries, may expect Turkey to adopt an antagonistic position toward Russia, but this is not going to happen. Every method is good in the eyes of these countries, even the Ukrainian Church, which has recently become autocephalous thanks to the support of Istanbul's Greek Orthodox Patriarchate. Of course, everyone, especially Moscow, is well aware that the Turkish government has nothing to do with the Ukrainian Church breaking off from the Moscow Patriarchate.

Russia, too, has been very careful since the beginning of the crisis and didn't allow Ukraine to become a topic of antagonism between Moscow and Ankara. It seems that Russia, too, will maintain this position. In brief, if there are still people out there who think that Turkey or Russia will sacrifice their bilateral relationship because of the crisis in Ukraine, they should know that neither Turkey nor Russia is going to let that happen.