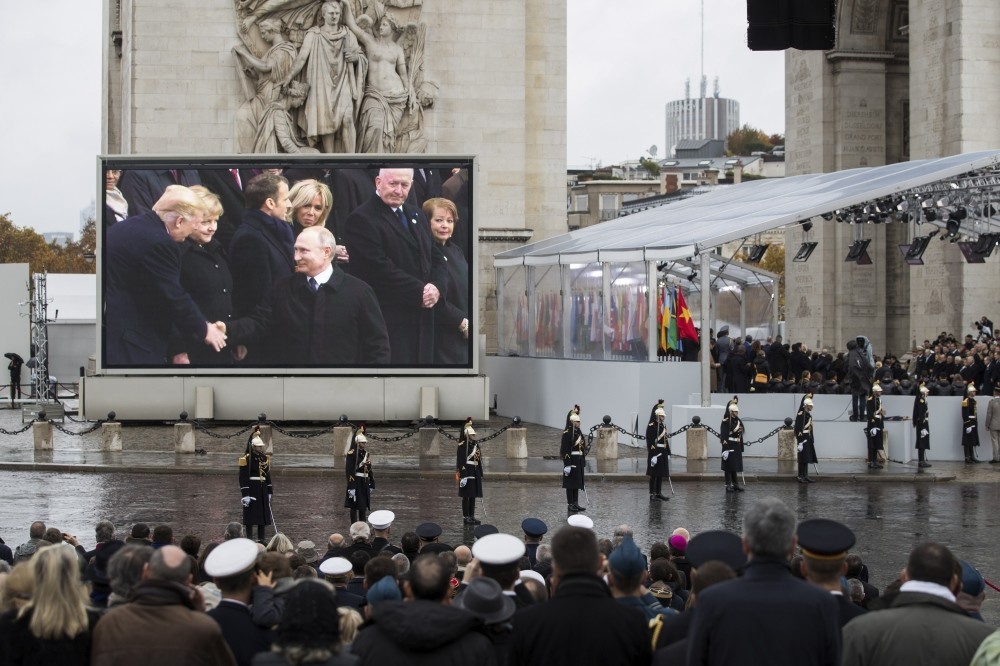 The centenary of the Armistice, which marked the end of World War I, was commemorated all over the world. The ceremony in Paris was the most significant event, as more than 70 heads of state and government attended. It was, of course, necessary to mark this important anniversary as it was the bloodiest war humanity had ever seen till then; there are a number of aspects we must not forget.

The centenary would have been a more meaningful celebration if were able to say that the year 1918 marked the end of all armed conflicts around the world. We know this is not the case, as many wars have been fought since then, including World War II with the participation of almost the same protagonists.

Not only has the world seen many wars since the end of the Great War, armed conflicts are still ravaging many countries today. In fact, present conditions are not very different from the conditions of World War I.

Let's imagine someone who was sent to space from the Middle East during the Great War and who comes back today. Would he believe that during his 100 years of absence, the world has seen another world war; Russia became the Soviet Union, then once again Russia; a bipolar system was established, then disappeared; Germany, Yemen or Vietnam were split into two, then reunified; new countries were born, then they fought with each other? He probably wouldn't believe it, as he would notice that today's geopolitical situation is almost the same international circumstances that existed in the beginning of the 20th century. He would probably think that World War I is still on going.

Most of today's armed conflicts are happening in the regions destabilized by World War I. World War II was an attempt to finish what they started in 1914, but it complicated problems more. The world has seen 149 wars between 1945 and 1992, claiming 23 million lives, including 3 million soldiers. This is more than the people who lost their lives during the Great War, so how can we say that world wars ended in 1918 or 1945?

In the wake of the Sept. 11 attacks, the United States occupied Afghanistan and Iraq, and millions died in those places. However, we don't count them as among the victims of the Great War. Given the current state of the Middle East, who can say that the war is over since the last 100 years?

Everybody knows why the war erupted in 1914. Are today's conditions different than the conditions of those years? The struggle for antagonist national interests continues as the race between nations to control natural resources. The strategic fight continues between great and small nations on energy sources, transport lines, straits and passages, islands and territorial waters, ports and mountains. There are many territories under occupation or that are being annexed. There are ongoing civil wars, crimes against humanity, bloody regime changes happening. The maps keep changing in Africa, the Middle East, the Balkans and the Caucasus.

There may be only one justification to celebrate the end of World War I. The great powers are no longer fighting against one another directly. In other words, they are celebrating their ingenuity, because they have found ways to make war in a different manner, by pushing third players to fight on their behalf. The fact that the great powers have discovered that proxy wars are less costly for them, because it is not their people but foreign people who die for their interests; probably worth the clinking of glasses.

The French President Emmanuel Macron tried to use the commemoration ceremony which took place in Paris as a diplomatic tool, and many leaders were present because they considered it an opportunity to discuss world affairs. Let's hope their discussions will not give birth to a new "Triple-Alliance" and "Triple-Entente" combination.