Up-to-date notes to save world from dollar-war pressure 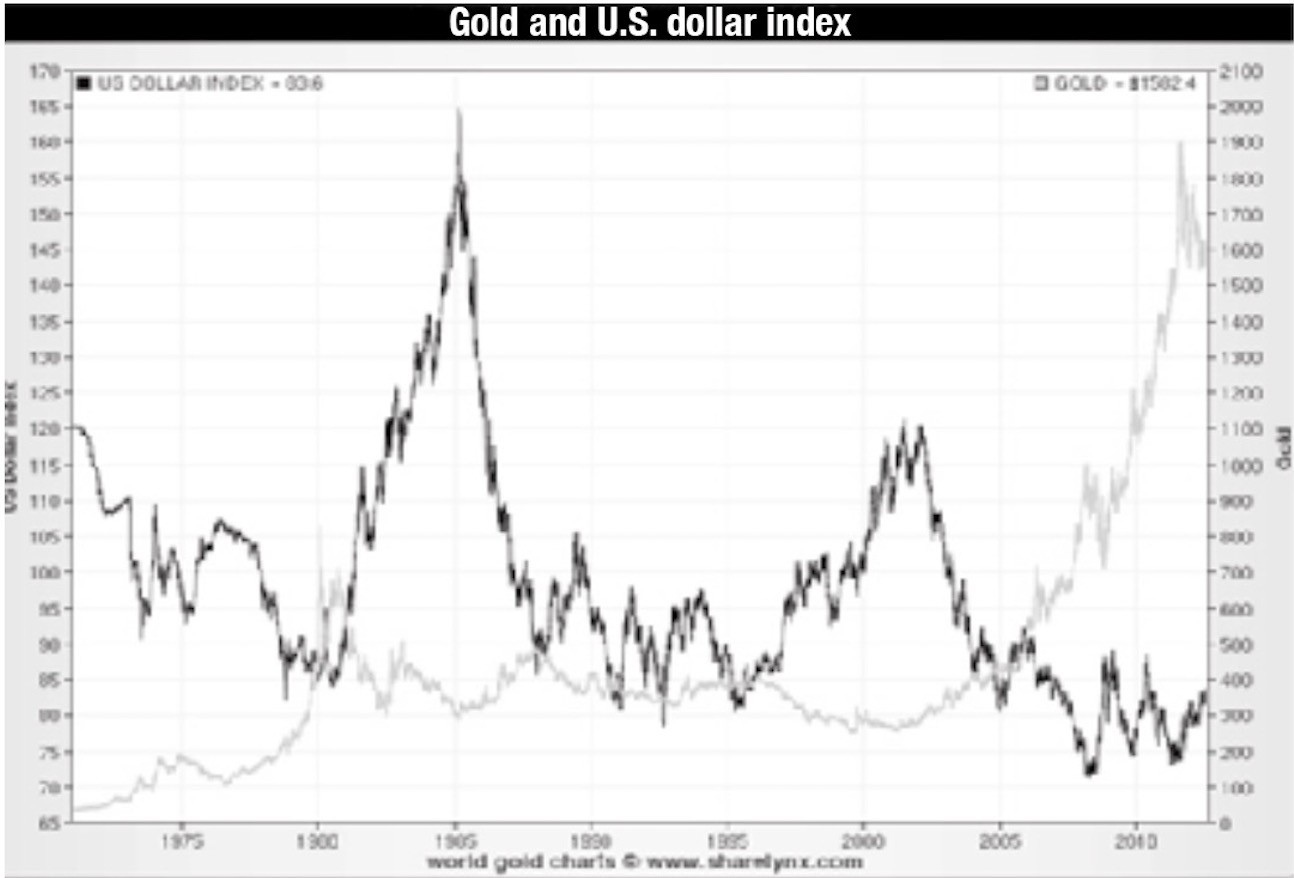 Last weekend, French President Emmanuel Macron blurted out that the real purpose of the U.S.-led attack on Syrian regime targets that took place with the involvement of France and the U.K. was not to stop the Bashar Assad regime and its massacres. According to Macron, this operation was aimed at driving a wedge between Turkey and Russia, which means that the U.S., France and the U.K. acted together to break Turkey away from cooperation with Russia and Iran. So, the missiles were also figuratively fired against the Ankara summit. Macron did not have to say it, as we had already known because the attack on all the three countries' economies before the missile attack was all about it. This being the case, the dollar is still the mother of all weapons for the U.S. I will revisit this issue as the article unfolds.

Turkey well remembers the 1853 Crimean War that was initiated upon provocations from France and the U.K., as well as its consequences. Macron should not doubt this and make sure that history does not repeat itself here.

Likewise, unlike in the previous century, this U.S.-led colonialist alliance will not be able to redetermine the borders of the region in line with its own interests. This is the only truth now.

On the other hand, no one should expect that the exchange rate attacks that have accelerated after the Ankara summit will create a crisis for Turkey. We are no longer in the Turkey of the 1990s. By adopting a floating exchange rate regime after 2001, the Turkish economy acknowledged that such sharp fluctuations could happen. Especially after World War II, the U.S. forced developing countries to apply fixed exchange rate regimes and debt-based consumption and imports-driven economic policies that resulted in high devaluations at the end of the day. The International Monetary Fund (IMF), a Bretton Woods institution, was the police of this process. Turkey has now left behind this period. Regarding IMF policies, President Recep Tayyip Erdoğan has said that Turkey should go its separate way. Still, the U.S. and its followers consider old IMF policies a permanent economic policy. Of course, they regard the dollar's appreciation to this extent as a sign of a tangled crisis.

In fact, the rapid appreciation of the dollar as a reserve currency is a measure-requiring problem for the public economy, companies, finance sector and households. However, it is not a problem to create a risk of economic and political crisis unlike before. Therefore, it is pointless for the U.S. to use the dollar as an economic hit man. This means the U.S. is hoisting its own petard. Especially after the 1973 oil crisis, the U.S. has used the dollar as a means of political hegemony.

The graph below shows the gold-dollar index, with gold on the right and the dollar on the left. 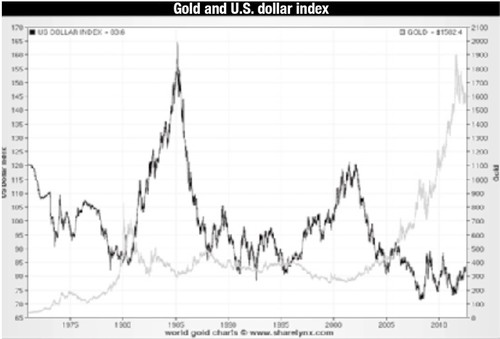 Just look at the volatility of the index as of the Vietnam War in the early 1970s. The dollar was again at a peak from the 1970s to the early 1990s - a period in which neoliberalism became institutionalized along with civil wars, coups in developing countries, Reaganomics, Thatcherism and threats of war. Then the dollar declined until the 1995 Reverse Plaza Accord. Here, then U.S. President Bill Clinton and then Federal Reserve (Fed) Chair Alan Greenspan valued the dollar against the Japanese yen and the German Deutsche mark - a mistake that paved the way for U.S President George W. Bush and the 9/11 attack. This unfavorable situation continued until 2006 and 2007, which was followed by the 2008 crisis. Gold skyrocketed, but it could not be helped.

This was not a remedy for the U.S.'s tripartite gap. The Fed started to expand balance sheets and then Fed Chair Ben Bernanke was replaced by the more dovish Janet Yellen. This did not work, either. Then, the U.S. created Daesh, and started to attack the Middle East, first through Daesh and then through the People's Protection Units (YPG). Are we returning to a period when the dollar is precious and is based on blood? We can now say that the answer is no. Throughout this process from the Vietnam War onward, the dollar's value has relied on blood. As can be seen in the chart, the dollar gained value whenever blood was shed. Humanity will not allow it anymore.

As can be seen in the graph, the dollar's dominance over gold declined rapidly after the 2008 crisis. This means that the step former President Richard Nixon took to remove the dollar's dependency on gold and make it dependent on wars in 1971 no longer works. In this regard, the Bretton Woods system has also come to an end. Now, countries with natural resources, precious metal reserves and energy fields are embracing them and, based on them, they are developing new mediums of exchange, i.e., local strong digital currency systems. Undoubtedly, these mediums of exchange will soon become global and turn into a general exchange system that is alternative to the dollar. In this sense, Venezuela's Petro step is a brave and proper step. It is highly likely that valuable metals such as gold to meet with digital currency systems and gain value in the coming period. In this context, Erdoğan's call for the introduction of new currency systems and means of exchange apart from the dollar during yesterday's Global Entrepreneurship Summit in Istanbul is meaningful and significant.

Let us have a brief introduction on how this can work.

Today, we can talk about three types of digital currency technology.

Right now, we should focus on the second and third options.

Today, a digital currency can be issued by combining it in various forms for foreign trade or any other special purpose either instead of a currently-circulating currency or besides that currency. Blockchain can be used, but not necessarily. I think that there are two models that can come to the fore in Turkey.

1. Establishing a system that enables the active use of gold stocks, instead of money, which are being attracted to the system by giving interests or profits. Integrating a digital-gold currency into the payment system of individuals and companies and making it available in daily payment through legal arrangements under the control of the central bank. In this regard, e-gold is the simplest example and has become easier on today's mobile applications. If the place of gold in terms of our culture and sensitivities is taken into consideration, a certain success can be achieved.

2. Issuing a digital currency which will be based on one of the natural resources of Turkey and which will be supplied under the control of the Central Bank of the Republic of Turkey (CRBT). This will be used in foreign trade alone. Anyone who has a bank account and electronic wallet may have access to the system, or it may be possible that only some of the institutions have access through CBRT accounts. Here, natural resources are also not essential at all.

Of course, I have given these alternatives here only to discuss them in theory. In this sense, I have partly theorized Erdoğan's call for new payment systems depending on gold.