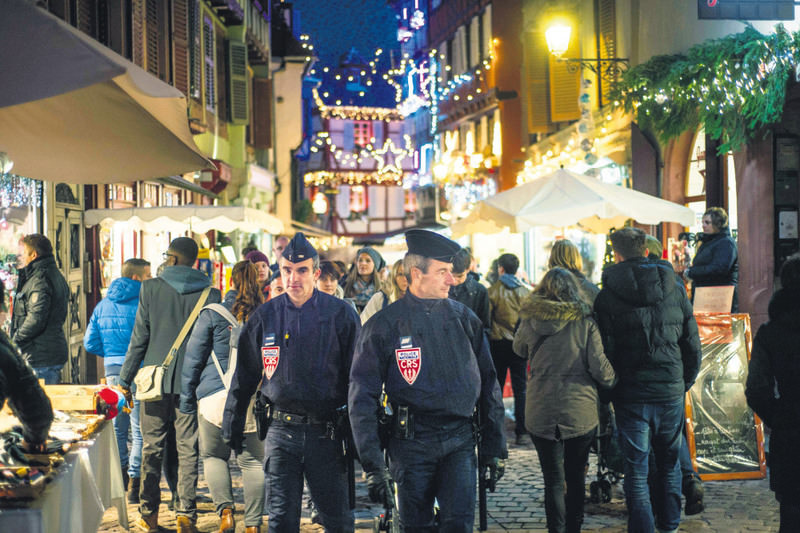 The Bamako hotel attack claimed to be carried out by Al-Mourabitoun in cooperation with al-Qaida shows that terror unfortunately continues in the name of Islam, but regardless of the religion's peace doctrine

Ankara, Beirut, Paris and Bamako. Capitals are under siege from terrorism. Even before the world came to grips with the devastation in Paris, terrorists took hundreds hostage and killed 19 in a hotel in Mali's capital.

Radical groups with links to global terror networks and their collaborators cause grave security concerns for governments worldwide. No capital can feel safe and our concerns and thoughts have truly gone global.

We constantly refer to our age as one that is global. When mentioned, most see the free flow of capital, information, networks and products around the world. However, we all know the world has not become a village. For example, labor and people do not have the same luxury of movement as capital.

The tragic story of the hundreds of thousands of refugees stranded on European borders is an obvious example. The 27 reactionary governors in the U.S. who voiced their opposition to the arrival of Syrian refugees provides another example. While this seems like a response to global upheaval, it is actually negative reactions focused on exclusively local concerns.

After 9/11 we are aware of the fact that terrorism and violence are extremely capable of going global while the capitals of countries are provided the easiest access to terrorist attacks. Violence caused by local grievances has the power to instantly become global and target metropolitan areas. Civil wars in the Middle East, Asia and Africa do not conflagrate only their environs, but also impose themselves on the world as issues of global importance.

What happens in Mali and Syria hurts us all. So we should beware of describing our era as solely global. All developments, especially violence and terrorism, in any part of the world affect us all. We should call our era local/global or "glocal" and create a new understanding.

Why, you may ask; because, while terrorism has local causes, it has global repercussions.

Sunni Arabs became victims of the irresponsible and pointless invasion of Iraq by the U.S. Millions lost hope and their lives. Former Iraqi Prime Minister Nouri al-Maliki's Shiite government pushed them to the sidelines, and the Sunni population naturally reacted and created a global reaction directed at the West.DAESH, rising in such an environment with the claim of creating a new caliphate, utilized local and global networks and made them its own. Meanwhile, the West did almost nothing as Syrian President Bashar Assad killed 380,000 people.

People in the region saw the U.S., which needlessly occupied Iraq, and the West in general, as not acting responsibly. Foreign fighters from Europe who flooded Syria also united their local grievances with global concerns. They were radicalized because of their failure to make sense of their world in Europe and this was utilized to create a false vision of the ummah.

And all capitals and victims, both Muslim and non-Muslim, have paid the price. The West's individual local problem mixed up with the Islamic world's global and local problems.

The terrorists in Mali releasing the Muslims among their hostages will exacerbate the debate as to whether there is a direct link between Islam and terrorism. The question of why terrorists are always Muslim will once again be asked. While Western statesmen continue to say that their war is not against Islam, Islamophobia will become even more deeply imbedded in the psyche of Western societies.

The local response of Western societies will be to increase security precautions and close borders. It is not hard to surmise that such a response will strengthen the hands of radicals in the Muslim community.

So, what should be done? We need a glocal understanding and action plan to address humanity's ills, irrespective of their race, ethnicity or religion.

If not, the inhabited areas of the glocal world and capital will continue to be targets for terrorism.
Last Update: Nov 23, 2015 1:17 am