Is Turkey's ruling party in trouble? 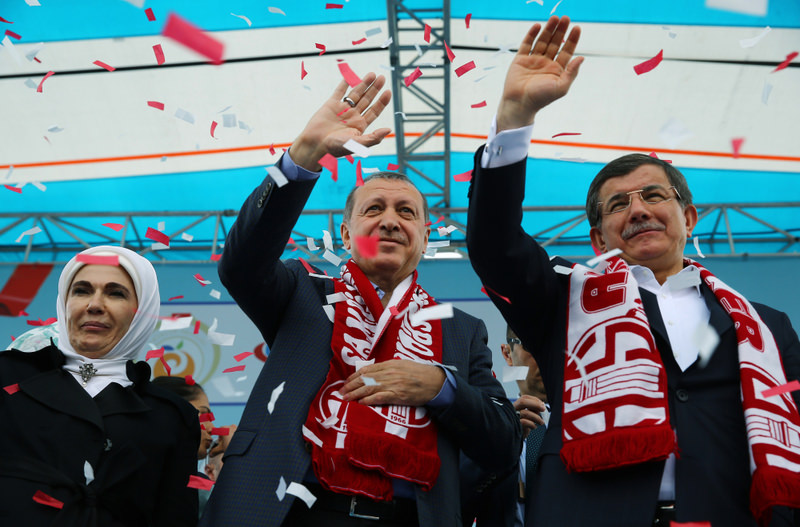 To be clear, it is true that the president and Davutoğlu disagreed on a number of issues. The important point is that the ongoing process will put the AK Party's unity and commitment to group values to the test

The Justice and Development Party (AK Party) has a unique place in Turkey's political history. The ruling party's ability to prevent leadership change from evolving into full-blown turbulence supports this claim. It is important to keep in mind, however, that the AK Party operates in a ruthless political environment by striking a healthy balance between individual self-interests and group values. In this sense, the upcoming leadership change poses yet another challenge to the party.

To clarify, let's take a quick look at how analysts interpreted the outgoing chairman, Prime Minister Ahmet Davutoğlu's decision to step down.

Pundits who consider the AK Party as a political movement maintain that the leadership change was taking place with no major problems. Davutoğlu's emphasis on his brotherhood and friendship with President Recep Tayyip Erdoğan, coupled with his words about loyalty, support this view. Likewise, it was important that the president, when asked about Davutoğlu's decision, said: "He will be replaced with another person just as he replaced me," to highlight the AK Party's resilience.

The opposition, in turn, rushed to the conclusion that Davutoğlu's resignation was the result of a "palace coup." In response to Davutoğlu's decision, main opposition Republican People's Party (CHP) Chairman Kemal Kılıçdaroğlu argued that Turkey has become more authoritarian than ever before. Ironically, the same people from the opposition ranks had been criticizing Davutoğlu for legitimizing Erdoğan's authoritarianism just days ago. All of a sudden, they pulled a 180 to protest his resignation. The international media, which certain groups have been using to twist Turkey's arm, responded in a similar fashion. They argued that the departure of Davutoğlu, a calm politician, was a source of concern.

This is exactly the kind of argument that AK Party supporters must take with a grain of salt.

To be clear, it is true that the president and Davutoğlu disagreed on a number of issues, of which the public was fully aware. The important point is that the ongoing process will put the AK Party's unity and commitment to group values to the test. On Thursday, Davutoğlu acknowledged this risk, saying: "The president's honor is my honor and his family is my family," to warn against efforts to drive a wedge between various groups within the ruling party.

Currently, the opposition is working hard to turn questions about Davutoğlu's resignation into a wave of anti-Erdoğan sentiments within the AK Party. In turn, there is a risk that certain AK Party supporters might turn against Davutoğlu. If the ruling party wants to overcome the current challenge, all of its members will have to act responsibly.