A new era in Turkish politics 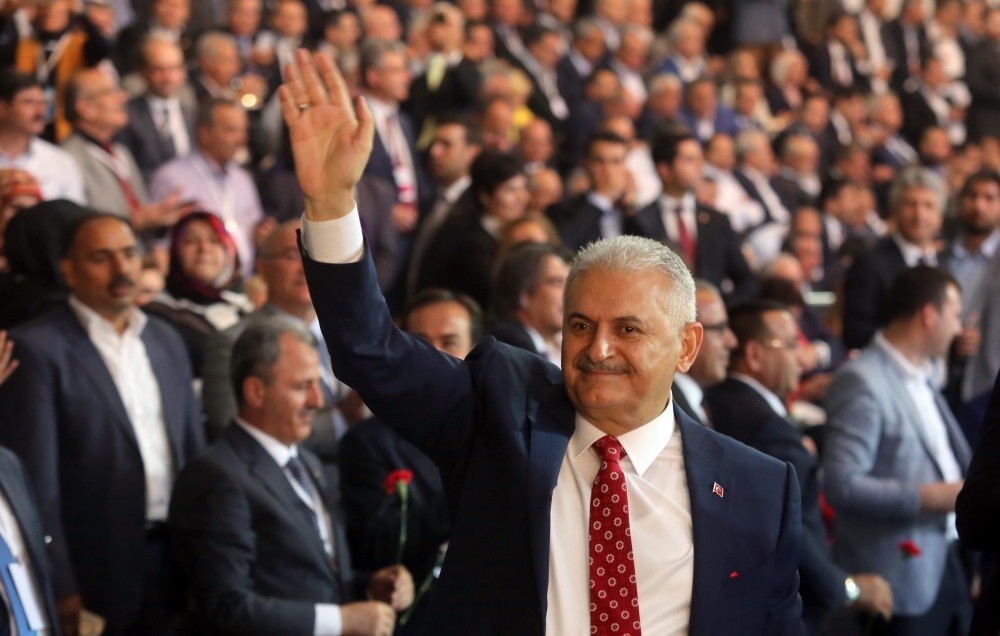 The president and the PM will cooperate more closely in order to overcome existing challenges. We will see an AK Party that fulfills its mission and discourse, centers coordination and performance under new party leader Yıldırım

Yesterday, the ruling Justice and Development Party (AK Party) held an emergency convention and chose Transportation, Maritime Affairs and Communications Minister Binali Yıldırım, a founding member of the party and four-term member of Parliament, as its next chairman and prime minister, replacing Ahmet Davutoğlu later this week.

The headlines of the convention for the new era was under Yıldırım, the AK Party leadership will look for more economic growth, move forward with development projects and re-invigorate the party apparatus. At the same time, Yıldırım will seek to work more closely with President Recep Tayyip Erdoğan.

Over the coming months, the newly elected chairman and prime minister Yıldırım will have to prove to his party's base that he can follow through with existing public projects around the country and rebuild the parts of the southeast that have been damaged by PKK terror attacks.

At this point, though, it might be worthwhile to glance back at the history of the AK Party, which came to power in 2002, one year after it was established, and won a series of elections to remain at the helm of government for 14 consecutive years.

To be clear, the AK Party has a unique political experience as center-right political parties in the past had failed to maintain their unity and power during times of domestic and international crises. Needless to say, Erdoğan's leadership positively contributed to his party's ability to overcome challenges. Unlike the Motherland Party (ANAP) of the 1980s and the True Path Party (DYP) of the 1990s, the AK Party avoided factionalism by focusing on the cause instead of individuals. The party's hold on power, likewise, served as a uniting factor.

Over the past 14 years, the AK Party confidently called for elections whenever the political process reached a deadlock, which happened multiple times because their governments had to promote economic growth while challenging the old establishment.

From 2002 to 2007, the AK Party implemented a series of EU reforms to undermine the old guard through democratization. The second term set the stage for the party's quest to consolidate its power to transform the country. During the same period, Turkish foreign policy reflected the broader goal of economic integration with the Middle East.

The Arab Spring, which gave rise to chaos and conflict in the region, proved an extremely serious challenge for the AK Party leadership. As the counter-revolutionary wave hurt Turkish interests on the ground, domestic opposition assumed a more defiant stance toward the government. As a result, Turkey has experienced a series of crises since May 2013, including the Gezi Park protests, the Gülen Movement's failed attempt to overthrow the government, violent clashes over the DAESH siege of Kobani and the PKK's return to violence. The challenges Turkey faces today compel the AK Party leadership to account for their past policies, such as disarmament talks with the PKK, as well as to develop new and better policies to complete Turkey's transformation.

In order to address pressing problems, the AK Party has been calling for a transition to a presidential system to promote political stability. At this point, the main obstacles before these proposed changes are the negative side effects from the wars in Syria and Iraq, including terrorist attacks and the refugee crisis and the opposition's uncompromising political style.

Moving forward, the president and the prime minister will have to cooperate more closely in order to overcome existing challenges. We will see an AK Party that fulfills its mission and discourse, centers coordination and performance under new party leader Yıldırım. Party unity, likewise, will be a key factor to keep the party going.