Aleppo and beyond: The worst may still be ahead in Syria 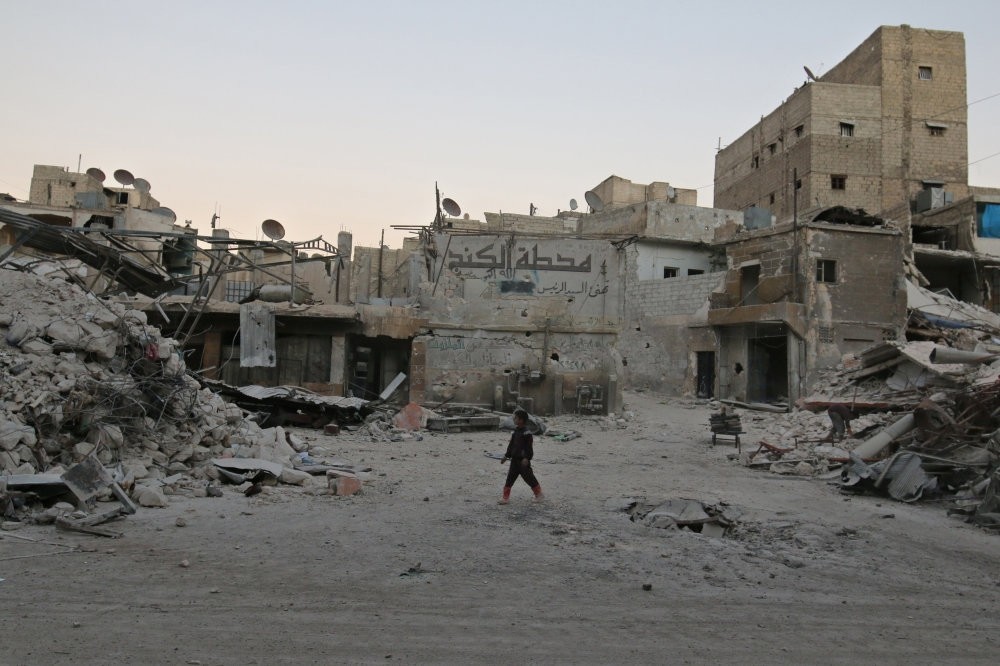 The worst is yet to come: We need to figure out who will replace Daish and what they are planning to do with the territories under their control

Each short-lived cease-fire in Syria appears to be followed by a period of intense fighting. The cessation of hostilities in Aleppo, which was in effect during the Islamic holiday of Qurban Bayram, was no different. A fragile agreement between Washington and Moscow collapsed as the U.S. bombed regime forces near Deir ez-Zor and the Russians targeted a U.N. aid convoy.

As U.S. President Barack Obama and Russian President Vladimir Putin engage in a game of finger-pointing, the people of Aleppo are getting slaughtered. Since Sept. 19, the Russian air forces have been bombarding civilian areas under the pretext of fighting terrorism. Their real goal is to force everyone to leave Aleppo so that Bashar Assad can regain control over the area. Last week, Russia proposed a 48-hour "humanitarian pause" to further the same agenda. Meanwhile, dramatic statements made by U.S. officials, including Deputy Secretary of State Antony Blinken, about the situation in Aleppo isn't helping anyone. Nor is the world fooled by the Obama administration's attempts to legitimize their inaction with reference to what happened in Iraq.

What American historians will write about Mr. Obama's Syria policy remains to be seen. But the people of the Middle East have already reached their verdict: The White House has mismanaged the Syrian crisis from the very beginning and turned the country into hell on Earth by rolling out the red carpet for the Russian air forces.

The fate of Aleppo will determine the future of Syria. In recent weeks, Turkey doubled down by launching Operation Euphrates Shield. As the Turkish-backed Free Syrian Army (FSA) advances toward the Dabiq-Sawran line as a first step to liberate al-Bab, both the Assad regime and the Democratic Union Party (PYD) and People's Protection Units (YPG) have their own plans. Fearing that the fall of al-Bab could create additional problems in eastern Aleppo, the Russians, in cooperation with the regime, stepped up pressure on Aleppo.

Unable to force the YPG, the PKK's Syrian franchise, to withdraw to the eastern side of the Euphrates, the Obama administration is now testing the waters before delivering heavy weapons to the group. YPG forces, meanwhile, continue to advance toward al-Bab from Tal Rifaat - which means that the Turkish-backed moderates are running out of time.

The magnitude of what's happening in Aleppo can be seen most clearly in U.S.-Russian relations. Last week, U.S. Secretary of State John Kerry threatened to suspend bilateral talks with Moscow on Syria unless the Russians stop their attacks in Aleppo and reinstate the cease-fire. State Department Spokesman John Kirby poured fuel on the fire by threatening Russia with "more body bags" and "attacks on Russian cities." Although the Russians characterized Kirby's comments as blackmail, Washington's warning was by no means unprecedented.

Obviously, telling the Russians that terrorists could target their citizens won't deter Moscow. Meanwhile, all the talk about non-diplomatic options merely refer to arming the moderate rebels - an outdated proposal by U.S. officials. If the Americans keep their word, the plan could still make a difference on the ground by increasing the moderates' combat capabilities. But let's not put the cart before the horse. The more interesting scenario would be the U.S. arming both the moderate rebels and YPG - which could fuel clashes between them.

Defeating Daish and removing them from Iraqi and Syrian towns was never the real challenge. The worst is yet to come: We need to figure out who will replace Daish and what they are planning to do with the territories under their control.