Seeking a fresh start with Iraq 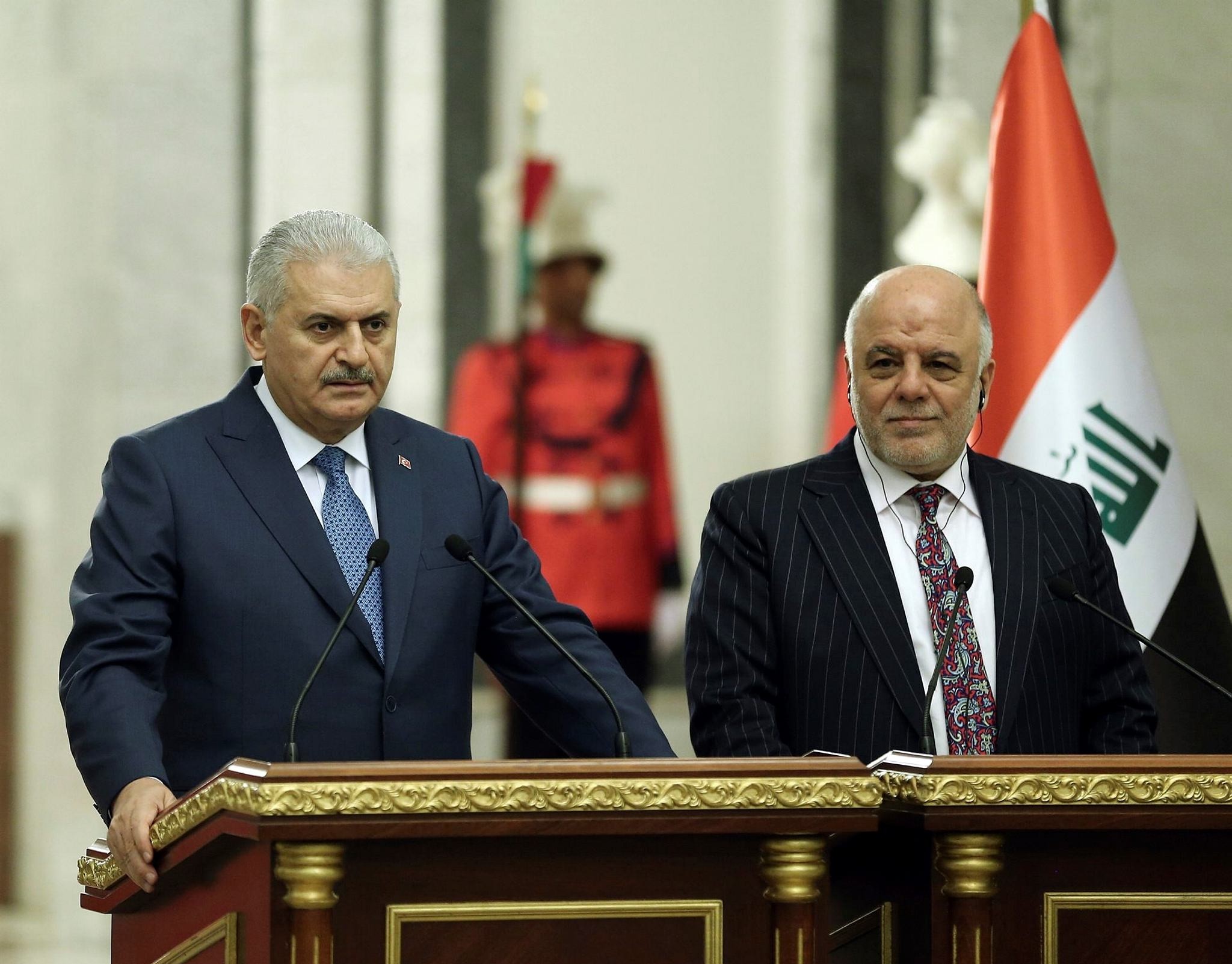 Prime Minister Yu0131ldu0131ru0131m over the weekend met with his Iraq counterpart, Haider al-Abadi, during his visit to Baghdad to discuss security issues, especially the continued PKK presence in the country.
by Burhanettin Duran Jan 09, 2017 12:00 am

The PKK is an existential threat for both Iraq and Turkey. Baghdad, Irbil and Ankara need to work more closely on counterterrorism to succeed

In December 2015, the future of the Bashiqa military camp emerged as a hot topic between Turkey and Iraq due to Iranian pressure on Baghdad. Having trained more than 2,500 members of the Kurdish peshmerga and the Hashd al-Watani, the Turks had refused to vacate the camp due to serious concerns about Shiite militants carrying out massacres in Tal Abyad and the PKK presence in Sinjar. As a result of Turkey's emphasis on the issue, the Shiite militants have thus far been kept out of Tal Abyad.

In recent months, the Turkish government not only offered to share the Bashiqa military camp with the international coalition but also pledged to vacate the facility once the security environment improved. After repeated statements by Ankara reiterating the country's respect for Iraq's territorial integrity, the situation started to improve.

Recalling that at least 300,000 Iraqi refugees live in Turkey, the Turks warned that demographic change could aggravate threats of terrorism and illegal immigration. The Abadi government, in turn, wants the military camp to be turned over to Iraq – mainly to address harsh criticism by his domestic opponents. The Turkish prime minister's visit is unlikely to make the problem go away, but some progress could be made nonetheless.

At the end of the day, both Turkey and Iraq need to promote bilateral trade as well as cooperate more closely on energy and security – if necessary, by temporarily ignoring Bashiqa. For Baghdad, stronger ties with the Turks could help the economy, revitalize the anti-Daesh campaign, help Abadi keep a lid on Sunni dissent and counter-balance Iran's influence over Shiite Arabs. Turkey, in turn, wants to crack down on PKK networks in Syria and Iraq through active engagement.

Normalization with Iraq represents part of Turkey's broader strategy to maintain a strong presence on the ground and be more active in negotiations. Having launched Operation Euphrates Shield to fight terrorism in Syria, Turks now want to be more active in Iraq – which means continued political and military support to the Kurds in Irbil as well as closer contact with Sunni and Shiite players. Meanwhile, the U.S. pursues similar goals in Jordan and Iran.

If the Mosul operation – which is not going great – leads to the city's liberation from Daesh, the political representation of Sunni Arabs will become an even greater problem in Iraq. For years, Turks have been saying that ignoring Sunni demands will only midwife the next Daesh. Again in Iraq, there are serious tensions between pro-Iran Shiite militants and Shiite Arab forces. Even though Tehran has a lot of influence over Shiite groups, Iranian expansionism leaves some Shiite organizations unhappy. By engaging Shiite actors like Ayatollah Sistani more closely, Turkey could take its plans to the next level.

Sooner or later, tensions between Qom and Najaf seminaries will lead to a crisis between Iran and Iraq. Furthermore, Turkey remains the only regional power capable of counter-balancing Tehran – both in terms of hard power and diplomacy.

Another key aspect of Turkey's rapprochement with Iraq relates to the PKK presence in Sinjar. Although Washington and Irbil state that the group will leave Sinjar, PKK militants are unlikely to vacate the area without an actual threat from Turkey – as in the Syrian town of Manbij.

While the Kurdish government in Irbil considers the PKK an existential threat, they cannot confront the terrorists alone. Having pledged to not "let Sinjar become the second Qandil," Turkish authorities need to work more closely with Baghdad and Irbil on counterterrorism to succeed.

Finally, the Abadi government realized that Turkish involvement in Iraq could actually help their country. If both government want the same thing, they simply need to reach an agreement on Bashiqa or ignore the issue for the time being to focus on areas of cooperation.