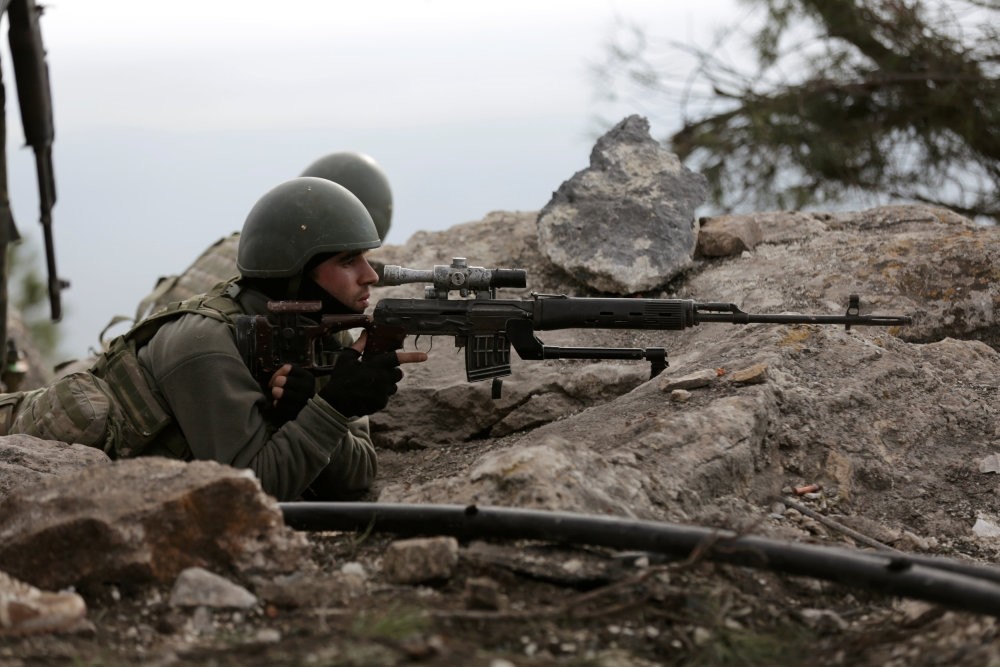 As the number of dead YPG militants increases and Turkish-backed forces advance toward the center of Afrin, there will be a more determined effort to limit and ultimately render Operation Olive Branch unsuccessful

Operation Olive Branch entered its 15th day today, as the Turkish-backed Free Syrian Army (FSA) continued its advance towards Mt. Darmiq. Having tailored their operational plans to minimize losses and prevent civilian casualties, the Turkish Armed Forces and the FSA have been moving without paying unnecessary attention to their pace. It is no secret that removing the People's Protection Units (YPG), which has consolidated its power in Afrin since 2012, requires a multi-dimensional effort.

Since the operation kicked off, I have raised the point that the operation's diplomatic and psychological dimensions will be far more important than its military outcome in the long run. Until now, Turkey has been quite effectively communicating developments on the ground with the public. Provided that Turkey's fight against the YPG militants is closely monitored by a number of stakeholders in Syria and the Middle East, however, we must prepare for a dynamic process. As the number of dead YPG militants increases and the Turkish-backed forces advance toward the center of Afrin, there will be a more determined effort to limit and, ultimately, render Operation Olive Branch unsuccessful. Needless to say, similar developments could take place in domestic politics.

In their initial statements, American, European and NATO officials noted that they could relate to Turkey's security concerns but requested that the scope of the operation be limited. Specifically, Western governments are worried that Turkey will continue its fight against YPG militants in Manbij and east of the Euphrates River. They believe that the U.S. would not want to abandon its sole proxy in Syria, to which it invested quite a lot. Nor has the wave of romanticism surrounding the "secular Kurdish fighters combatting Daesh" completely ended in the West.

Therefore, the media has no problem reporting claims made by the PKK/YPG against Turkey as fact. Actually, certain Western commentators have even urged their governments and NATO to delist the PKK as a terrorist organization. Again, Berlin and Paris do not want the Kurdish card, to which they hold onto dearly, to be weakened by Turkey. To be clear, the German ban on public protests by the PKK against the Afrin operation was primarily related to domestic security concerns. The German authorities were worried that failure to stop PKK attacks against Turks in Germany would result in chaos. However, European governments should be expected to issue more frequent statements as the operation continues in an effort to mount diplomatic pressure on Turkey.

In a recent statement to Le Figaro, French President Emmanuel Macron called on Turkey to cooperate with its European allies and limit the Afrin operation to counterterrorism as opposed to occupation. At a time when the Turks could even convince Russia that it wasn't trying to occupy northern Syria, Mr. Macron made an effort to limit the operation by uttering the word "occupation" and urging respect for Syria's territorial integrity. To be clear, countries like Britain, France and Germany could assume a diplomatic role before the YPG problem between Turkey and the U.S. evolved into a crisis within NATO. This mission must begin with the acknowledgement of the failure of Turkey's allies to support its war on terror. At the same time, it is important that those countries do not seek to undermine Turkey's fight against the YPG in northern Syria.

Instead, they must focus on making Washington keep its promises to Turkey about the YPG militants. Moreover, it is possible to view Mr. Macron's references to Syria's territorial integrity as an effort to cozy up to the Assad regime. In a way, that statement looks like an effort to drive a wedge between Russia, Iran and Bashar Assad over Operation Olive Branch, which was made possible by an agreement between Turkey and Russia. Having failed to help the Turks cope with the negative side effects of the Syrian crisis, Europe would risk fueling tensions with Turkey if it seeks to limit Ankara's fight against the YPG militants. It would not only fail to repair Turkey's alliance with the U.S., but also undermine the Geneva and Sochi processes.

Moving forward, we could reasonably expect the domestic opposition to mount pressure on the Turkish government to abort its mission in northern Syria. Over the past week, the Republican People's Party (CHP) fired the first salvo by spreading rumors about the Free Syrian Army consisting of terrorists and being linked to al-Qaida. Next came the argument that Operation Olive Branch was part of President Recep Tayyip Erdoğan's re-election campaign. One way or another, opponents of the operation will seek to decrease public support for the incursion. They will claim that Turkey's supposedly authoritarian leader targeted the Kurds and placed at risk Turkey's domestic peace – just to ensure that the operation can be limited. To be clear, that effort is doomed to fail. The July 15 coup attempt created a new kind of political consciousness in Turkey. The Turkish people believe that their country is under attack and support its commitment to fighting back – even if they are left alone. Domestic and international players that fail to appreciate the legitimacy derived from that new political approach will continue to lose.