Erdoğan wants to make a better start under presidential system 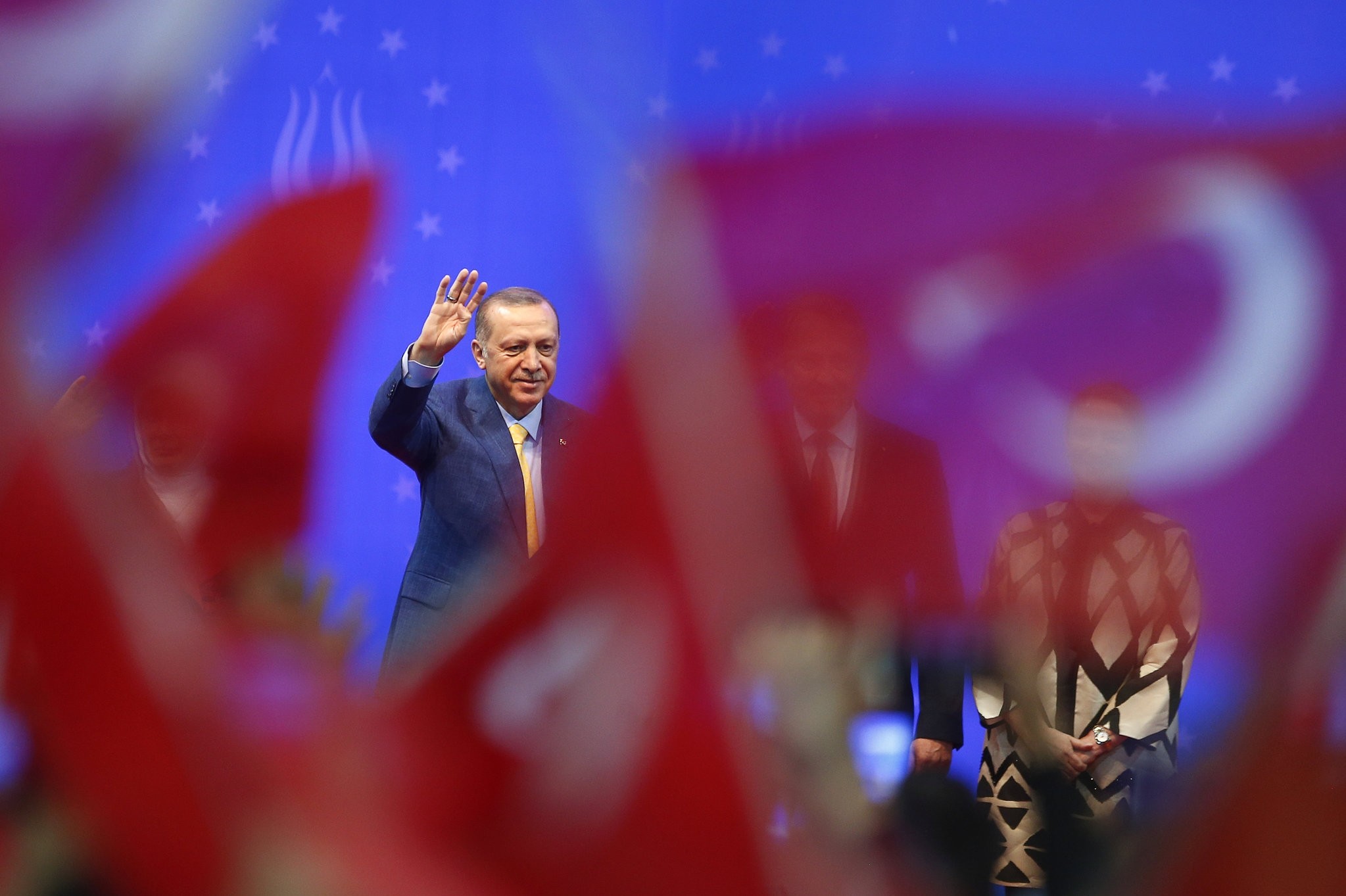 President Erdou011fan greets supporters during a pre-election rally in Sarajevo, Bosnia-Herzegovina, May 20.
by Burhanettin Duran Jun 02, 2018 12:00 am

Last week, President Recep Tayyip Erdoğan unveiled his election manifesto in Ankara and introduced the public to the Justice and Development Party's (AK Party) parliamentary candidates. Since 2002, Turkey's ruling party built its election campaigns around a small number of key concepts. This time around, the AK Party's leadership adopted "Strong Parliament," "Strong Government" and "Strong Turkey." The main campaign slogans, in turn, include "This Is Turkey's Time" and "The AK Party Can Do It."It is impossible to miss the point that the manifesto places a lot of emphasis on strength. The obvious difference between the 2018 text and previous versions, however, was that the most recent manifesto reflected changes in Turkey's system of government, i.e. the adoption of a presidential system. Every time, Erdoğan finds a way to appear before voters with something new. Ahead of the June 24 elections, he highlighted the need for a strong Parliament and nominated many members of his Cabinet for Parliament to support his claim.

In one sentence, the president's election manifesto makes the case that "it's time for a strong Turkey." Erdoğan's address started with a passionate oration, proceeded to focus on sectorial goals and ended with the presentation of 146 projects. Compared to the 2002, 2007, 2011 and 2017 manifestos, it is possible to argue that the most recent edition was a lot more powerful. It reflected the self-confidence and experience of having spent 16 years in power as well as the ambition of reforming the country's system of government.

In addition to presenting his vision for the future, the president shared with the public specific pledges related to individual sectors and in great detail. Of course, the manifesto itself is full of megaprojects, including nuclear power plants, airports, highways, dams, high-speed rail and defense projects; but two things were particularly noteworthy.

First, Erdoğan reiterated his commitment to reforms and democratization, which he had been advocating since 2002, with an emphasis on "strong democracy." His promise to grant legal status to institutions of learning and Alevi houses of worship reflected this approach.

Secondly, he introduced a number of "micro projects" related to the environment, urbanization, education and health care in line with Turkey's changing social dynamics. His pledge to create national garden parks in Istanbul and other major metropolitan areas is a case in point. It goes without saying that his plan to replace Atatürk International Airport with a green space akin to – but larger than – Central Park and Hyde Park was quite notable.Erdoğan was visibly excited while talking about his past and future projects as an executive president and former mayor with extensive knowledge about cities across the country. The scope of his campaign pledges indicated that the AK Party remains fully committed to action and public service. As a matter of fact, the president himself claimed that there was "no party that could compete with us in public service" in the final part of his speech.

The AK Party's 360-page manifesto's sections on the economy and foreign policy rest on balanced analysis. It rejects the idea of protectionism, which the United States has been promoting in recent months. Instead, the movement reiterates its commitment to an open economy based on free trade and foreign investment. At the same time, it reflects the idea of a "national economy" which seeks to address fragility through production and reduce the need for borrowing.

With regard to foreign policy, it is noteworthy that the AK Party views Turkey's EU membership as a "strategic goal," seeks to de-escalate tensions with the United States and aims to maintain cordial relations with Russia. All of these goals fit into the broader idea of a "Turkey-centric multidimensional foreign policy." Obviously, the movement makes an efforts to strike a healthy balance here: It brings together national security, counterterrorism and the humane treatment of refugees. Finally, it recalls that "the world is bigger than five" in order to highlight the need for global justice.

All in all, Erdoğan invited the Turkish people to join him in making a different and better start under the country's new system of government.