The outcome of the Tehran summit 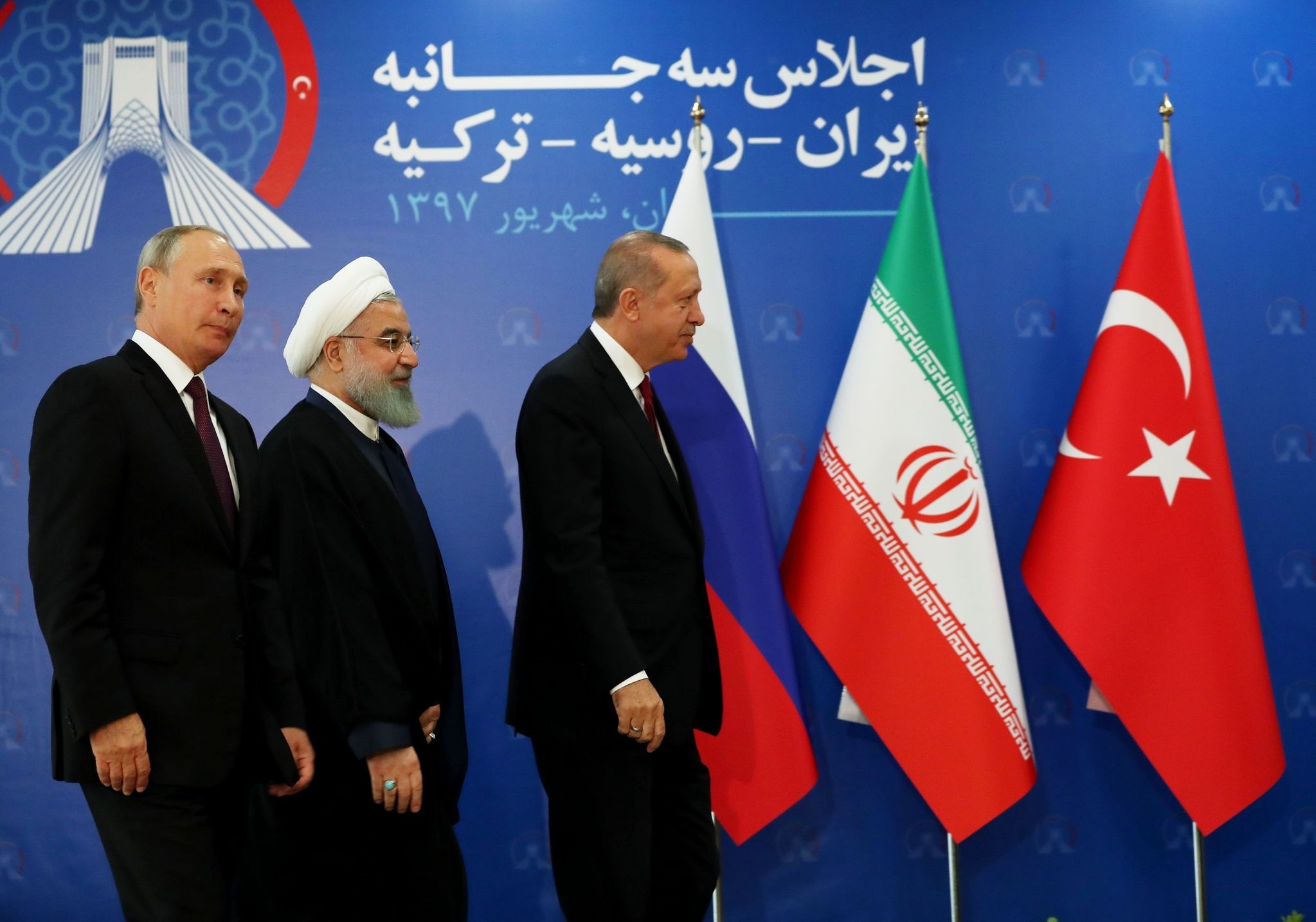 The Tehran trilateral summit did not result in the best solution to the crisis in Idlib, but it was a good starting point for the peace process

All eyes were set on the trilateral summit in Tehran, which would determine Idlib's future. After "difficult" negotiations, the presidents of Turkey, Russia and Iran issued a final communique with 12 articles. Interestingly enough, the summit was not closed to the press. The three leaders explained their positions and reflected on their disagreements with the other parties on a variety of issues. In the end, the final communique stressed the "success" of the Astana format and the importance of "trilateral coordination." Some of the most notable parts of the text referred to Syria's independence and territorial integrity, cooperation against terrorist groups such as Daesh, the Nusra Front and al-Qaeda, the importance of distinguishing between terrorists and armed opposition groups participating in the cease-fire, the political process, the creation of a Constitutional Committee, humanitarian assistance, the repatriation of asylum seekers and the organization of an international conference on refugees and internally displaced persons (IDPs).

It would be wrong to suggest that the trilateral summit produced an ultimate formula to solve the Idlib crisis. But a large-scale offensive, which would have been disastrous for the civilian population, seems to have been temporarily averted. Clearly, the cease-fire and the call on armed groups to lay down their arms will give all parties some time to find a non-violent solution. It goes without saying that President Recep Tayyip Erdoğan's determination played a key role in this result. He convinced his counterparts, Vladimir Putin and Hassan Rouhani, to give the cessation of hostilities a chance.

We know for a fact that Erdoğan's goal was to prevent the Russians and the Assad regime from carrying out a comprehensive operation in Idlib. In this sense, he got what he wanted. At the joint press conference, the Russian president announced that the three countries, at the request of President Erdoğan, urged all parties to lay down their arms. As such, it became possible to prevent another humanitarian disaster, a new influx of refugees, the collapse of the Astana process and the radicalization of moderate opposition, who would have moved closer to the Hayat Tahrir al-Sham (HTS). At the same time, a clear distinction was made between "terrorists" and opposition groups. At the same time, there is no doubt that the Iranian president's proposal to remove the United States from the east of the Euphrates river was in line with Erdoğan's own agenda.

To be clear, the cease-fire isn't final. But it would appear that Turkey won some time to finish what it started in the previous summits. In Tehran, the Turks assumed the key responsibility of facilitating the transfer of certain areas, from which attacks against the Russian and regime forces were launched in the past, to the moderate rebels. It won't be easy to preserve the cease-fire that Turkey, Russia and Iran declared in Tehran. First and foremost, it is crucial that the cease-fire that Erdoğan wanted to include in Article 3 or 4 of the final communique, is not violated by attacks of a contested nature. It is necessary to protect the cease-fire from the regime's manipulations and acts of provocation by radical groups. Therefore, it is absolutely necessary to remove the HTS and other radical groups from, at the very least, critically important areas.

Here are some key questions: How will Turkey, which made it possible for moderate groups to part ways with the HTS non-violently, reach its next target? Will the Turks be able to talk radical groups into withdrawing by explaining to them that Russia, Iran and the Assad regime are determined to launch a comprehensive attack? Or will it be necessary to launch joint targeted operations? Finally, how can we stop Russia and the Assad regime from violating the cease-fire by making various excuses? Those questions will be answered over the coming days and weeks.

Another important point was the emphasis on the political process. It would be best for Turkey to go on a diplomatic offensive by talking to the United States and European governments in order to expedite the political process. James Jeffrey, the Trump administration's new point man on Syria, is a suitable partner. He recently stated that the U.S. was opposed to all assaults, not just chemical attacks, on Idlib – which reflects a new approach. Again, Turkey could expedite the diplomatic process regarding Syria's future by building on its recent rapprochement with the European Union. It is a welcome development that European media outlets have finally remembered that Turkey was a valuable ally and the need to support Ankara. Convening an international conference on Syrian refugees could be a concrete first step towards closer cooperation.

The Tehran summit facilitated a cease-fire in Idlib, which the Turkish president calls "Little Syria," and created new opportunities for the political process.