Why did Putin reference the Adana agreement signed by Turkey, Syria? 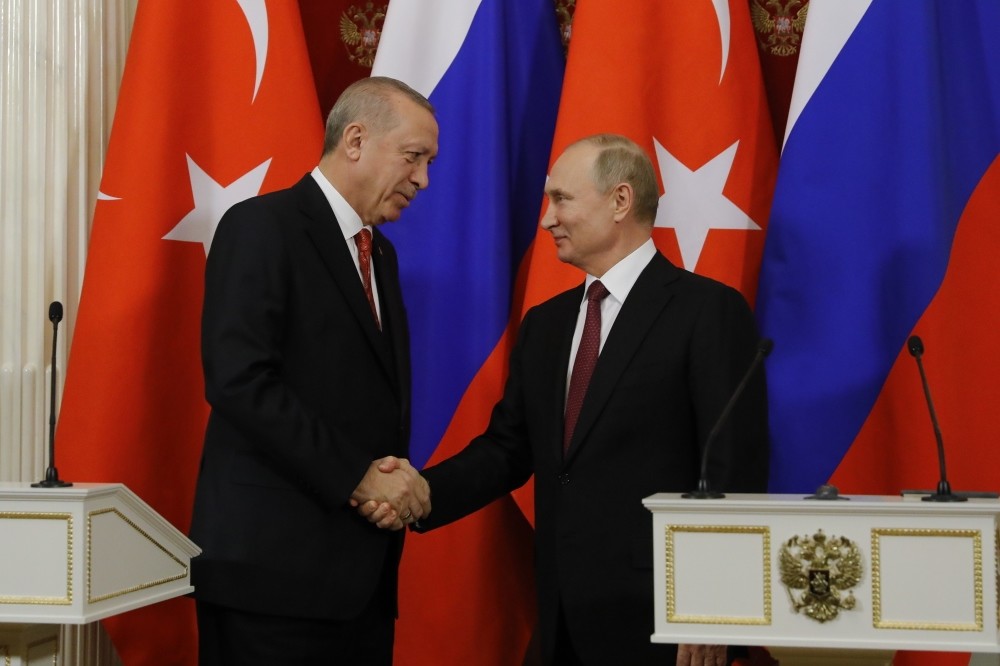 By speaking of the Adana agreement signed between Ankara and Damascus in 1998, Russian President Putin aims to encourage both sides to cooperate together for the future of Syria

Multiple plans for a safe zone in northeastern Syria are competing against each other, and the issue will be discussed in greater detail in the foreseeable future. Turkey is negotiating simultaneously with Washington and Moscow. The U.S. is working on the details of President Donald Trump's 20-mile safe zone. James Jeffrey, U.S. special representative for Syria engagement, will possibly share preliminary information with Ankara during his upcoming visit. Provided that the Trump administration is committed to controlling the airspace, the U.S. proposal could include changes to the depth of the safe zone as well as maintain some level of U.S. presence on the ground.

After all, it is no easy task to protect People's Protection Units (YPG) militants and address Turkish security concerns. Ankara says that it could enforce the terror-free zone by itself. Although Turks oppose a northern Iraq-like solution, they seem open to working with the United States, Russia and France.

The Russians introduced their own plan during President Recep Tayyip Erdoğan's visit on Wednesday. Putin said the Adana agreement, which Turkey and Syria concluded in 1998, remained in effect. That agreement, he said, could serve as the basis of Turkish efforts to secure its borders and combat terrorism.

In an address at the Turkish Military Academy on Thursday, Erdoğan hinted that the Russian proposal could work: "[The Adana agreement] rested on the surrender of the separatist terrorist organization to us. That the agreement came up during our discussions with President [Vladimir] Putin helps us better appreciate that we must stress it."

Putin's goal is to encourage Turkey to work with the Syrian regime. After the U.S. withdrawal, he wants Bashar Assad to seize control of all YPG-controlled territories. At the same time, the Russian leader referenced the Adana agreement in order to ensure that the safe zone concentrates on border security. Finally, he sent a message to YPG militants, encouraging them to maintain dialogue with the regime.

The Adana agreement debate could be seen as a starting point in Turkey's discussions with Moscow on the safe zone. Erdoğan's emphasis on the PKK's surrender to Turkey was also noteworthy. To be clear, that agreement wasn't limited to PKK leader Abdullah Öcalan's surrender to Turkey. It required Syria to treat the PKK as a terrorist organization, ban its activities and bring its members to justice. Obviously, Erdoğan invoked the Adana Agreement earlier this week with reference to the YPG, the PKK's Syrian branch.

Here's the question: Could the Assad regime outlaw the YPG and turn over the militants to Turkey? Moscow must understand that recruiting YPG militants into regime forces won't make Turkey's security concerns go away; nor would that solution allow the Russians to replace the United States as the YPG's sponsor.

The main Russian goal must be to preserve its cooperation with Turkey, which improved in the Syrian theater. So long as Washington continues to control the airspace, Moscow will have to come up with a much better proposal.

Ankara, in turn, engages all proposals sincerely to show the world the following truth: "We don't want to invade Syria. We are perfectly happy with the territory we control. Turkey is the only power that maintains a presence in Syria for humanitarian reasons."