What's on table for Erdoğan-Trump meeting? 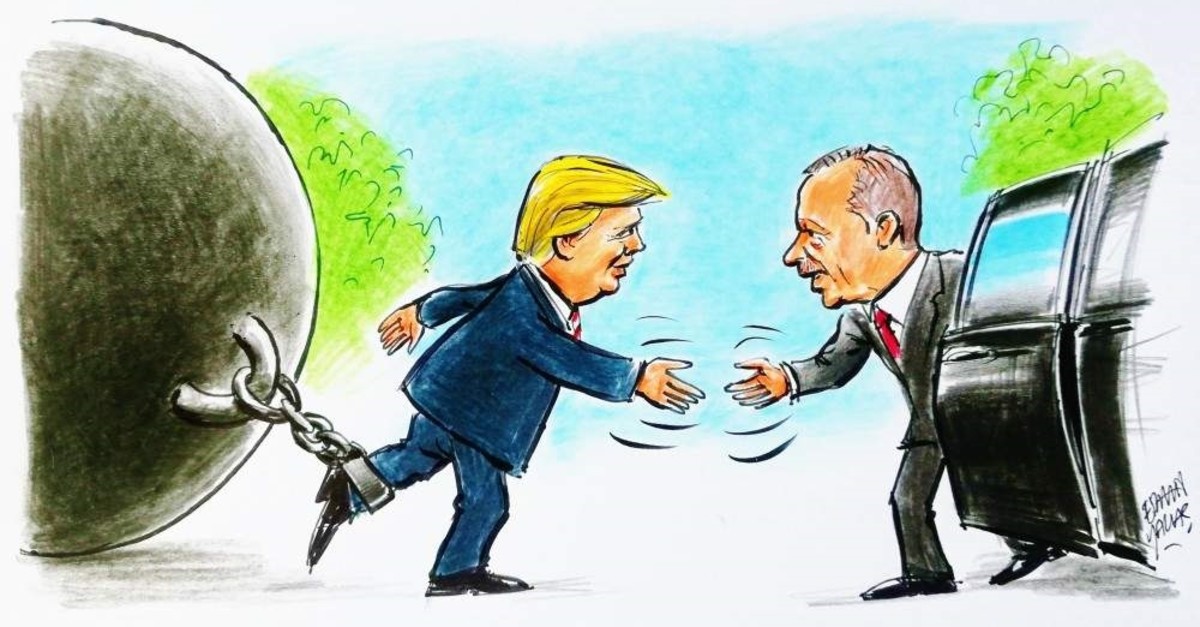 President Recep Tayyip Erdoğan is in Washington, D.C. today for a highly anticipated meeting with U.S. President Donald Trump. There are many issues on the two leaders’ agenda, including Turkey’s procurement of the Russian S-400 air defense system, Washington’s relationship with the PKK terrorist organization’s Syrian branch and the fight against the Gülenist Terror Group (FETÖ).

Erdoğan’s earlier announcement that he will return Trump’s indelicate letter to its author raises questions about the tone of today’s meeting. Again, U.S. National Security Adviser Robert O’Brien’s remarks on the administration’s intention to inform the Turkish president about looming congressional sanctions if Turkey fails to abandon the S-400 system add to the importance of today’s meeting. Judging by the opposition to Erdoğan’s visit on the Hill, the meeting will play a key role for the future of Turkey-U.S. relations.

Turkey’s adversaries in Washington did (and will continue to do) everything in their power to sabotage Erdoğan’s meeting with Trump. They could publish open letters and stage protests – not to mention the provocative language that the U.S. media adopted in recent weeks. To be clear, statements by some groups in Turkey echo the same sentiment: that nothing good will come out of Erdoğan’s visit.

What should we expect from today’s meeting? A turning point in bilateral relations, or Turkey severing its relationship with Trump, like it did with Congress? The answer is neither. It is extremely difficult for Washington and Ankara to address bilateral tensions, some of which have become structural over the years. At a time when NATO allies themselves worry about their alliance’s future, clichés like “strategic partnership” are no longer in vogue. We have to stomach a bilateral relationship open to backs and forths. Yet we already know that the leaders, at least, do not want to sever ties completely. It is safe to expect, then, some positive developments and the continuation of certain existing problems. If Erdoğan were meeting with former President Barack Obama today, I would have argued that today’s meeting would lead nowhere. Yet the Turkish president’s dialogue with Trump tends to yield concrete results.

First of all, Erdoğan will take a file on Abu Bakr al-Baghdadi, the former Daesh ringleader, to the White House. The assassination of Baghdadi, 13 of whose relatives Turkey arrested, and the fight against Daesh are key to Trump’s re-election campaign. Let us recall that the U.S. president in 2016 blamed Barack Obama and former Secretary of State Hillary Clinton for creating Daesh. Taking credit for defeating Daesh, Trump is likely to support Erdoğan’s fight against the terrorists. By extension, I expect good news on the anti-Daesh campaign, the proposed safe zone in northern Syria and bilateral trade. Yet any movement regarding the Turkish public lender Halkbank and FETÖ is highly unlikely. Finally, Turkey and the U.S. will probably keep looking for a middle ground on the S-400s, and Turkey’s intention to procure the Patriot defense system and the F-35 fighter jet program.

The People's Protection Units (YPG) question will seemingly remain on the table for a while. The Pentagon’s decision to leave some 600 U.S. troops in Syria’s oil-rich areas and use oil revenue to finance the Syrian Democratic Forces (SDF), a front for the PKK’s Syrian branch, indicates that the Trump administration has not yet abandoned the group. The emphasis is on “yet” here, since the U.S. will incriminate itself by channeling Syrian oil revenue to the YPG.

The YPG, whose terror corridor in northern Syria has been obliterated, will lose ground – however hard U.S. Central Command (CENTCOM) works to save it. The effort to legitimize the terrorist group, too, is doomed to fail. The terrorists will be assigned no seat at the negotiating table for the new Syria.

Burhanettin Duran is General Coordinator of SETA Foundation and a professor at Ibn Haldun University. He is also a member of Turkish Presidency Security and Foreign Policies Council.
Last Update: Dec 20, 2019 1:38 am
RELATED TOPICS