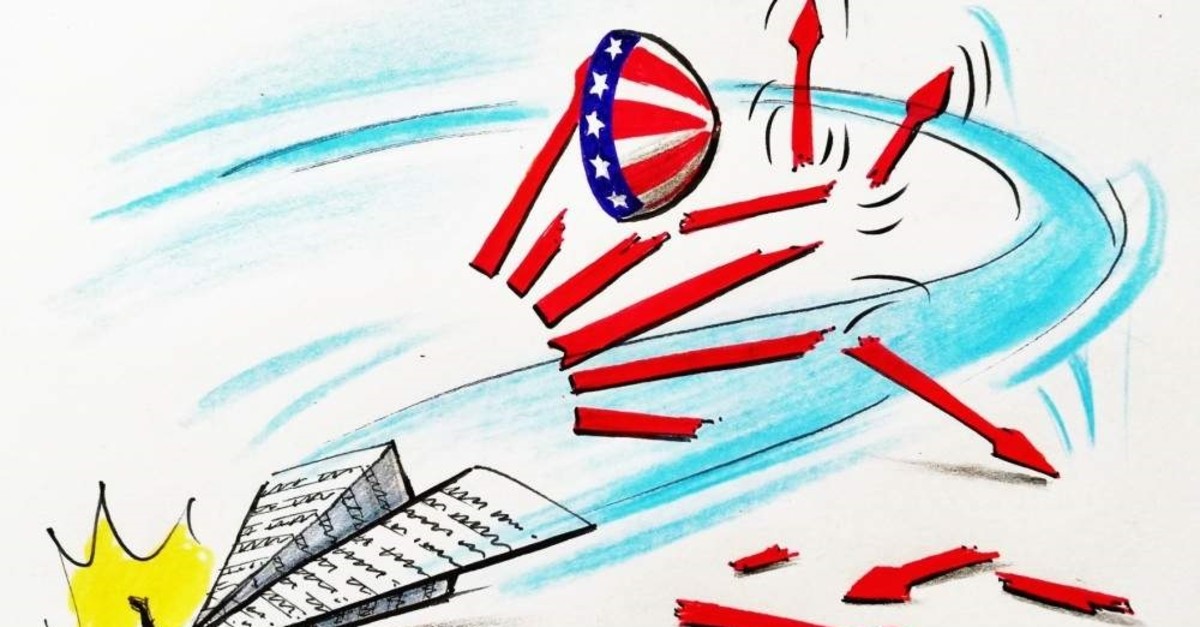 Political polemics are back and as splendid as ever. Turkey’s opposition figures are fixated on a range of speculations about the pension system, a tank track plant, city hospitals, early elections and a senior Republican People’s Party (CHP) member visiting the presidential palace.

Up for reelection as CHP chairman early next year, Kemal Kılıçdaroğlu claimed that President Recep Tayyip Erdoğan would back a faction within the main opposition party to facilitate leadership change. Meanwhile, the Peoples’ Democratic Party (HDP) decided against leaving Parliament and instead called for early elections. Finally, the Good Party (İP) suggested that it would join forces with the Justice and Development Party (AK Party) if Erdoğan gave them several cabinet seats, agreed to restore the parliamentary system and held early elections in 2020.

The opposition’s most recent moves were intended to slow the momentum that Operation Peace Spring gave the ruling AK Party and stop the government from building on that popular support to implement new policies. Opposition leaders also want to force an early election before low-income voters start feeling the positive impact of the economic recovery. In other words, the opposition wants to shape the political debate. To be clear, this is a legitimate attempt in any democracy. The problem is that CHP Chairman Kemal Kılıçdaroğlu tries to get what he wants through polemical statements, populism and outright lies – a residual habit of electioneering.

The main opposition leader adheres to a particular style of politics, which has come to be known as post-truth. He either distorts the truth or waters down facts with falsehoods. In other cases, Kılıçdaroğlu just tells outright lies – as Ekrem Imamoğlu, Istanbul’s mayor, did on the campaign trail.

The claim that President Erdoğan is trying to get a friendly figure elected as the CHP chairman was the most recent manifestation of that approach. On Friday, the Turkish president publicly challenged what he called Kılıçdaroğlu’s politics of abuse and lies: “I am willing to put my presidency on the line. Are you ready to risk your chairmanship?” The main opposition leader will undoubtedly ignore this challenge.

The question is why Kılıçdaroğlu, who took credit for the CHP’s victories in Istanbul and Ankara, resorts to such tactics. Isn’t it obvious that CHP delegates, with their high level of ideological commitment, are immune to outside interference? My sense is that Kılıçdaroğlu wants to blame intraparty opposition on Erdoğan to appoint his most loyal supporters to key positions.

Having managed to keep his seat despite multiple election losses since 2010, Kılıçdaroğlu is eager to weed out all of his opponents within the CHP. As the CHP chairman tightens his grip on the party organization, he oversaturates Turkey’s political agenda with polemics. On key issues, like the pension system and Syrian refugees, Kılıçdaroğlu has no problem embracing extreme populism.

Clearly, the opposition’s bogus claims won’t lead to early elections in Turkey. The People’s Alliance, led by the AK Party, knows that the country is at a critical juncture. Turkey is out of the woods in the Syrian theater, having dealt a heavy blow to the People's Protection Units (YPG), the PKK terrorist organization's local affiliate, but the danger is still looming. Domestic consolidation remains key to continue talks with Russia and the U.S., prevent Washington from using Syrian oil to finance the YPG’s operations and resolve tensions related to the procurement of the S-400 air defense system. Against that backdrop, there is no room for election-related turbulence.

Another important point is that the U.S. Congress can take steps against Ankara, as several new political parties emerge in Turkey. In an attempt to seize the opportunity, the CHP might resort to additional post-truth tactics. The Turkish government has over three years left in the driver’s seat. The AK Party can ignore all the empty chatter and preserve its supremacy in policymaking. By developing concrete policies and reaping their benefits, the ruling party can lead the country to the 2023 elections.

Burhanettin Duran is General Coordinator of SETA Foundation and a professor at Ibn Haldun University. He is also a member of Turkish Presidency Security and Foreign Policies Council.
Last Update: Dec 20, 2019 1:55 am
RELATED TOPICS