Despite Trump's policy of deterrence, Iran could still win in Iraq 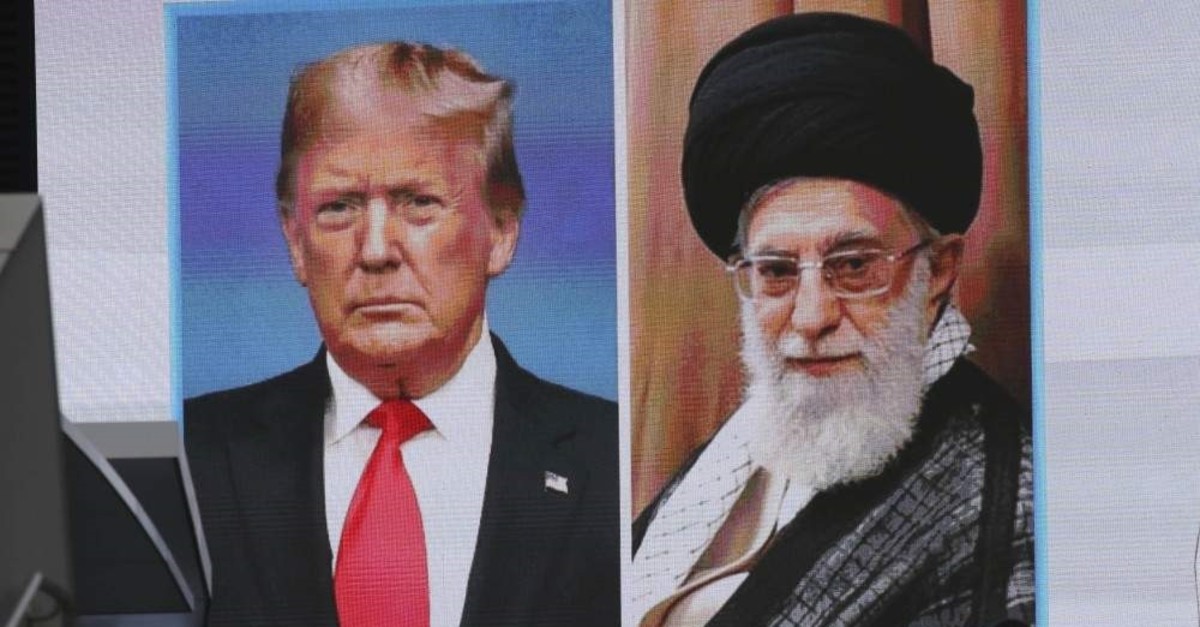 Trump's Iran policy completely differs from the former U.S. administration's as it contains the possibility of both winning or losing in the region

In light of the Qassem Soleimani assassination, it remains to be seen where the United States-Iran dispute is headed. Tehran's initial response was to suspend its commitments under the 2015 nuclear deal, followed by attacks on U.S. military bases in Iraq, which it claimed killed dozens of American soldiers. However, how, when and where Iran might deliver a further "military response" remains largely unclear. Will it continue to target U.S. elements in Iraq, the Middle East and elsewhere? Are Iranian cyberattacks or proxy operations in the works?

As the world attempts to answer those questions, U.S. President Donald Trump continues to double down on his play of "deterrence." He responded to Tehran's oath of vengeance and fresh threats by threatening to strike 52 targets, including Iran's cultural heritage sites. "The United States will quickly & fully strike back, & perhaps in a disproportionate manner," he said on Twitter. Trump's pledge of retaliation signals his commitment to conducting additional military operations against Iran. Democrats oppose a prospective confrontation with Iran, arguing that the White House cannot wage war without congressional approval. The Soleimani assassination, however, demonstrated that Trump indeed has the power to start a war. His administration would find it easy to sell the American people on limited airstrikes against key targets in Iran. In other words, there can be a state of war without a formal declaration – a road that Trump could take despite congressional resentment.

Both the United States and Iran believe that there is a new game in town. Secretary of Defense Mark Esper's statements, coupled with Trump's commitment to deterrence and his threat against 52 Iranian targets, support this view. Keeping in mind that the White House killed Soleimani over the death of a U.S. contractor, another Iranian attack resulting in significant American military losses could trigger the use of new weapons worth "trillions of tax dollars" against Iran's cities and civilian population. Sayyed Hassan Nasrallah, Hezbollah's general secretary, too, declared that a new period of escalation had begun and talked about American troops going home in coffins.

As a regional player, Iran has always thrived on chaos. When the need for order arose in places like Iraq and Lebanon, locals pushed back against Tehran's influence. Today, Trump's own chaotic approach gives Iran another chance – which begs the following questions: Would Iran's political leadership risk 52 U.S. strikes by crossing Washington's red line? What exactly will the new game be – a quick, limited conflict or a prolonged war of attrition? Tehran's response will determine the future course of events.

The Iranians may choose to retaliate in due time rather than rush it. They know all too well that failure to adequately respond to the Soleimani assassination would be an embarrassment in the eyes of proxies and regional adversaries. But Iran's initial move will be to consolidate domestic support with reference to the myth of Soleimani's "martyrdom." Going forward, Tehran will probably adopt a strategy to force the United States out of Iraq, whose parliament already adopted a resolution calling for the departure of American troops. Trump downplayed that move, threatening to sanction Iraq and pledging to remain in the country if Baghdad fails to pay for the military base.

Can Trump's new Iran policy last? The Iranians have preserved their axis of resistance for four decades and could call a new play to facilitate America's withdrawal from Iraq in the medium and long run. Some 3,500 additional troops have already deployed to the region. The question is whether the United States is ready to increase its military footprint in the Middle East for the sake of Iran's containment. That would be a betrayal of Trump's vision for the region – not to mention the Democrats' expectations. Keeping in mind that Soleimani died while serving as an intermediary between his country and Saudi Arabia, Washington could find it hard to sell its Gulf allies on this new policy of deterrence. Israel's voluntary support would not suffice either. If Trump were to retreat from Iraq on the spur of the moment, the Gulf states, left to deal with Iran alone, would face serious problems. Therefore, they understand that escalation would hurt their interests first and foremost – not to mention that they cannot count on U.S. support indefinitely.

One thing is clear: Washington had never before put as much pressure on Iran as it did over the last year. Trump reversed the Iran policy of the George W. Bush and Barack Obama administrations to adopt a surprisingly rigid policy of deterrence. In other words, the game has officially changed. Its sustainability and permanent results, however, remain unclear.

Burhanettin Duran is General Coordinator of SETA Foundation and a professor at Ibn Haldun University. He is also a member of Turkish Presidency Security and Foreign Policies Council.
Last Update: Jan 10, 2020 1:46 am
RELATED TOPICS