Regime violence must be stopped now 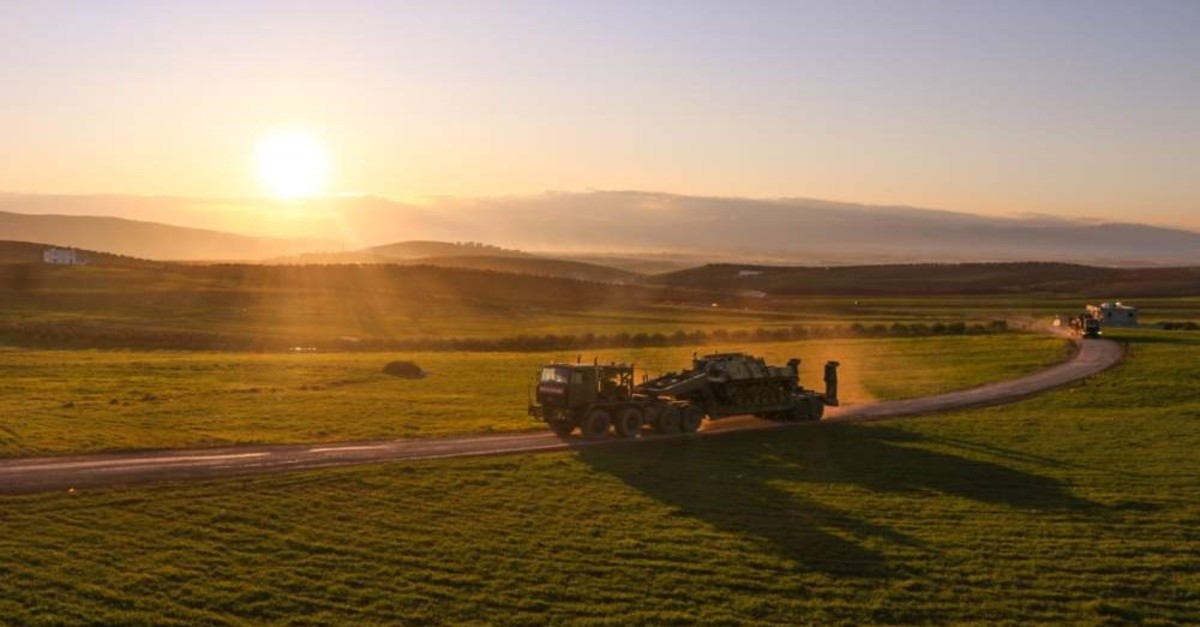 A Turkish military vehicle en route in Hatay province's Reyhanl? district near the border with northern Syria as part of the Turkish deployment to counter ongoing regime attacks, Feb. 10, 2020. (AA Photo)
by Burhanettin Duran Feb 12, 2020 1:56 am

Five Turkish soldiers were killed in a regime artillery attack on Feb. 10 against a military observation post in Taftanaz, Idlib. May they rest in peace.

The attack took place during a meeting between a Russian delegation and Turkish officials on the situation in Idlib. Damascus thus signaled that it won't comply with Turkey's request for the withdrawal of regime forces to areas designated in the Sochi agreement by the end of February.

Turkey, however, is determined to stop the regime offensive. Turkish troops have been deployed to observation posts in Idlib to end clashes, ensure border safety and prevent a humanitarian tragedy. Although the primary objective is to secure Turkey's observation posts, it is obvious that the current deployment serves a broader agenda.

Going forward, Ankara needs to establish a safe zone with lasting borders. In other words, Turkey has to conduct a comprehensive operation to combat terrorism, among other things. The aim of the operation must be to ensure the safe zone's sustainability.

Diplomatic talks with Moscow are still important, but Turkey clearly cannot afford to suspend its military operation on the ground considering the situation in Idlib. Turkey needs to deter the regime forces. Damascus won't stop otherwise. The only language that Bashar Assad speaks is severe deterrence.

Let us recall that the Assad regime has so far killed approximately 1 million people in a country whose total population was 21 million when the civil war started in 2011. An additional 7 million people have been forced to flee their homes. The regime's current goal is to complete its sectarian ethnic cleansing effort by sending an additional 3 million people, currently seeking refuge in Idlib, to the Turkish border.

One thing is clear: the Assad regime intends to inflict more damage to the Turkish military. It does not mind Turkey's proportionate acts of retaliation against those attacks. Having murdered hundreds of thousands of people, Bashar Assad believes that a large number of his forces are dispensable. What Damascus needs is a clearer message.

Turkey's top priority in Idlib is to stop the humanitarian crisis, to stop the regime from sending some 3 million refugees to the border and to secure our borders. There are two options available to Ankara right now. The first option is to abandon our observation posts per the opposition's recommendation. That move would not only lead to more civilian deaths but also jeopardize the safety of Turkey's southern border. To make matters worse, there would be an uptick in irregular migration from Idlib to Turkey. Finally, the first option would destabilize and endanger the rest of Turkish-controlled safe zones in northern Syria.

The second option is to engage in continued diplomatic talks with Moscow and conduct a comprehensive military operation to demonstrate Turkey's commitment to the Assad regime. The crisis in Idlib will further escalate if the Russians do not stop regime attacks. To deter Bashar Assad, the Turks might have to resort to more severe measures. It would make sense for Moscow to facilitate a settlement before the conflict clears that threshold. Another key point is that the Idlib crisis will be internationalized if millions of refugees end up on the move. The international community must take action now to stop that wave of immigration, which would pose a very serious challenge to European democracies.

Justice and Development Party (AK Party) spokesman Ömer Çelik's responded to the most recent attacks in Idlib by saying, "NATO, by nature, must be in solidarity with Turkey." Judging by that statement, the Turks are issuing their final warnings to Western governments now. If this burden ends up on Turkey's shoulders, all of Europe will feel its weight.