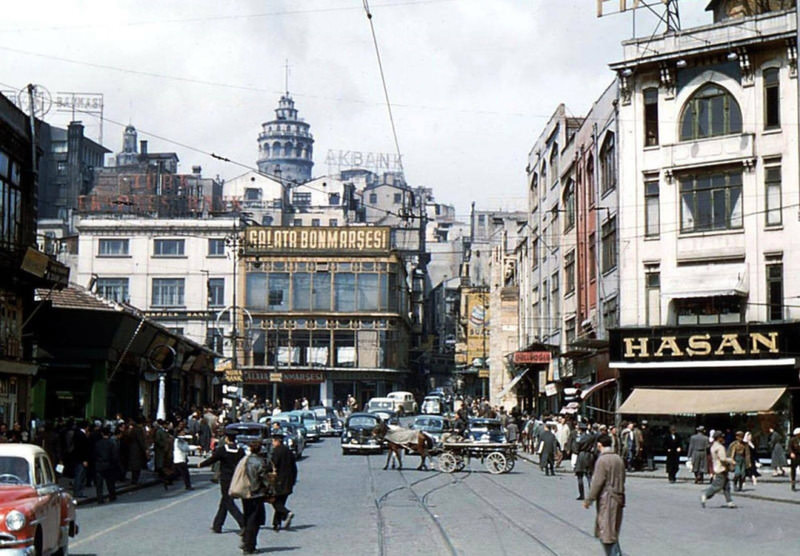 The Karaim are a Jewish community that completely reject the Talmud oral law and only recognize the Torah. They continue their existence in different regions, including Lithuania and Turkey, and it is rumored that Istanbul's Karaköy neighborhood is named after them

Judaism is based on the principles of the Torah that is believed to have been revealed to Prophet Moses. Judaism also has an oral source called the Talmud. God sent oral commandments to Prophet Moses along with the written ones in the Torah revealed on Mount Sinai. Passed down from one generation to another, this "oral Torah" was put into writing under the name of the Mishnah between 538 B.C. and 70 A.D. and explanations were added to the text by rabbis from Jerusalem and Babylon. The Mishnah and its rabbinic commentary, "Gamara," make up the Talmud.

Centuries later, a group of Jews objected to the legal binding of the Talmud as it was created by man. They argued that the Torah, as divine revelation, should be taken as the basis instead of books written by rabbis. These people are called the Karaites. 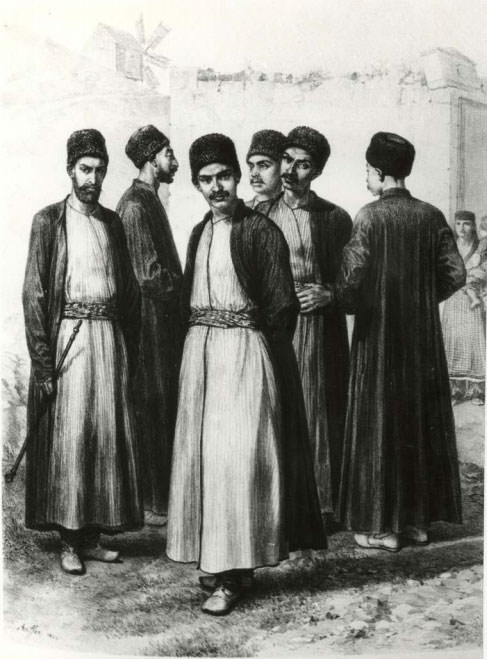 A group of Karaite Jews

Various sects have appeared in Judaism throughout its history. However, all of them perished except for Karaism and the Samaritans, who object to the sanctity of Jerusalem and accept a different copy of Torah.

Although their numbers have diminished throughout history, the Karaites have continued their existence until present day. It is believed that there are about 10,000 Karaites living in Crimea, Poland, Lithuania, Turkey and Palestine.

Today, Jews around the world are composed of different communities such as Sephardic, Ashkenazi and Romaniote Jews, but these are considered cultural and geographical branches of Orthodox Judaism and are not counted as separate sects.

Rabbi Anan Ben David was an associate of the Talmud School and lived in Iraq in the eighth century and was considered to be the first major founder of the Karaite movement. He had a disagreement with his younger brother Hananiah about the leadership of the Jewish community in Baghdad. When the community chose Hananiah, who had milder principles, as their new leader instead of the powerful Anan, Anan declared himself counter-leader in 760 A.D. When his behavior was seen as against the established order, the Abbasid caliphate imprisoned Anan. He was released after introducing himself as a member of a different sect that is close to Islam rather than Judaism. The followers of Anan, who wrote "Sefer Hamitzvot" (Book of Commandments) left Baghdad and settled in Jerusalem with the permission of the Abbasid caliphate, as they suffered oppression by other Jews.

The movement spread to Iran, Iraq and Palestine and reached Europe though Constantinople and Andalusia. The sect, which was first called Ananism, was later called Karaism as its followers believed that everybody should read and interpret the Torah on their own. The Hebrew word "karai" means "reader" in English. However, the Talmud says that 10 Jewish men who are religiously competent should come together to read the Torah. The religious tradition that recognizes the commentaries put together by religious men along with the Torah is known as Rabbinic Judaism or Yahadut Rabanit. The followers of Karaism are considered heretics by the followers of Rabbinic Judaism. Israel now considers followers of Karaism to be Jews and allows them to benefit from the Law of Return.

Karaites believe that the Torah explains itself and there is no need for personal additions, which led to a renaissance in Torah studies by giving great importance to the scientific investigation of the holy book. As a reaction to Karaites, the scientific study of the Hebrew language's history began with Rabbi Saadia Ben Yasef Gaon (honorable sage), a vigorous opponent of Karaites, in the 10th century in Egypt. The Karaites developed a rich polemic literary genre to defend their sect against Jews who acknowledge the Talmud. However, they later began to introduce oral traditions to meet the daily prayer needs of the Karaites and got closer to the belief that they previously criticized.

The followers of Karaism, who are strict monotheists just like all Jews, adopt more strict rules regarding kosher, cleaning, fasting, marriage and apparel. They regard working to be a sin not only on the Sabbath, but also on Fridays. They also deny using religious symbols such as mezuzah and tefillin.

Since Hanukah, the Jewish festival of lights celebrated by lighting candles, is not mentioned in the Torah, the Karaites do not recognize it to this day. Compared to other Jewish rituals, Karaite rituals, during which they recite the Torah, are very ordinary. In contrast to common Jewish belief, the Karaites believe that the father's ancestry is more important than the mother's. The reason behind this belief is that the tribes referred to in the Torah have male names and religious figures are addressed with the name of fathers. Another practice unique to the Karaites is that inter-sect marriage is forbidden. (Today, the marriage of a Jew and a Karaite Jew is only accepted in Israel).

In the 10th century, some Syrian Karaites were settled in Anatolia. In the 11th century, a group of Karaites who were forced to leave Jerusalem because of pressure and oppression by Christians after the crusades settled in Egypt. Andalusian Karaites also left Spain due to pressure in the 12th century. Both at the time of the Byzantine and the Ottoman Empire, Constantinople always remained a center of attraction and shelter for the Karaites.

There are also a Karaite Turkic people (Krymkaraylar), who speak a language from the Kypchak branch of the Turkic language family. This group came to Caucasus from the Middle Asia from the seventh century and joined the Turkic Khazar Empire, which ruled what is now southwestern Russia and Ukraine. They dismissed invader Goths and settled in Crimea. When the Khazar Empire adopted Jewism as official state religion in the eighth century, they became a part of Karaite sect. This is why they also adopted the name Karaite. Another Jewish community that lives with Karaites and speaks a Turkic language is Krymchaks, but contrary to Crimean Karaites, they recognize the Talmud.

When the Khazar Empire collapsed in 1016, a large section of Karaites migrated to Lithuania and Poland. Until the massacres by the Nazis they lived as a separate community with an individual rabbi. They also settled in many Anatolian and Balkan cities, including Istanbul, Edirne and Amasra. Some claim that the name of Istanbul's Karaköy neighborhood comes from Karaites (Karai-Keuy).

Although they have a Turkic origin, Karaites were influenced by Byzantines and could speak Greek and lived an autonomous life like other religious communities in the Ottoman Empire. They were given privileges upon the sultan's firman (imperial decree). Similar to other Jews, they had their own rabbis, synagogues (Kenissa), courts (Bet-din) and religious schools (Yeshiva). However, they always lived away from other Jews. For years, Istanbul had the largest Karaite population in the world, but lost its status in the 17th century after many Karaites migrated to Ottoman Crimea following Russian annexation. Some adopted Islam. It is even said that some famous historical figures come from the Karaite people.

Karaites mostly lived in Istanbul's Hasköy neighborhood. There are only between 30 to 40 Karaite families left in Istanbul today. Founded at the time of the Byzantines, the Hasköy Synagogue caught fire a couple of times, but was repaired and extended with the help of the sultan and the community. They also have a cemetery on the ridge of Hasköy, which was expanded with the consent of Sultan Abdülmecid in the last century. The cemetery is located on the wayside of the road along the Bosporus Bridge.
Last Update: Feb 26, 2016 1:43 pm
RELATED TOPICS