Turkey and the EU, quo vadimus? 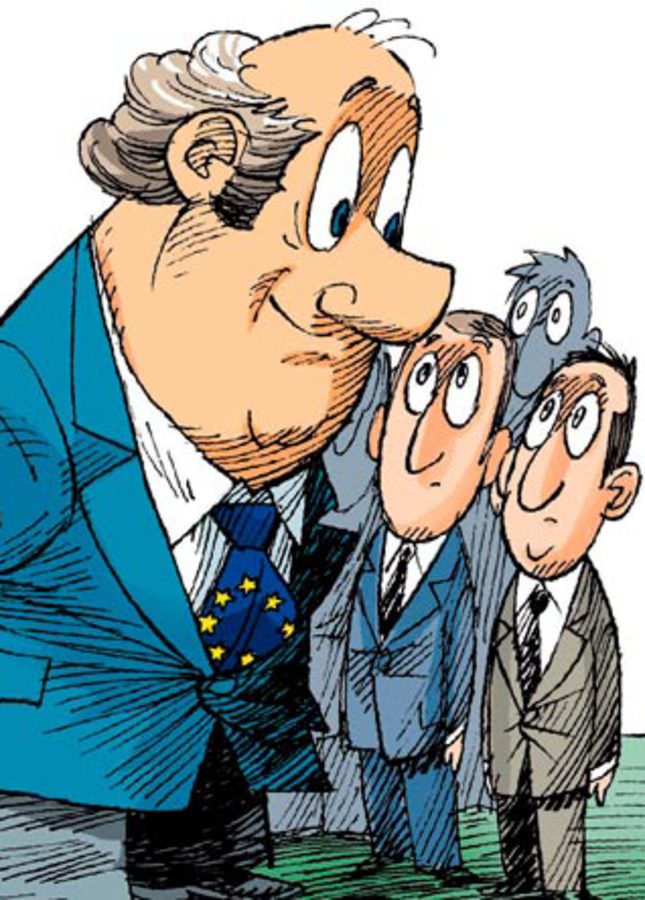 In the long way of membership, Turkey would have largely succeeded in completing the accession negotiations, if the EU wanted them to continue. But the EU opened membership negotiations with Turkey only to freeze the bulk of the talks soon afterward.

Turkey has been in the waiting room to enter the EU for almost half a century. Any other matter that lingered as much would have been long-abandoned, either by Turkey or by the European Union countries.

This so called "association" survived. There is an undying hope, albeit weakening, among the Turkish society that someday, somehow Turkey could join the EU. Within the EU, a "Turkish membership" was never considered seriously, mainly because the Turkish economy was underdeveloped until 1990. Another factor was that Turkey, a distant, introverted and a barely democratic country, was important only as an ally of the Transatlantic camp during the Cold War. A largely agricultural country with a huge rural population, at the most distant marches of Europe, no one in the EU took Turkey as a plausible candidate even in the long run.

The fall of the Berlin Wall and the subsequent disintegration of the socialist system have changed the whole picture and cards were redistributed. All of a sudden, Turkey became, in terms of economic development and democratic functioning, a mostly plausible membership candidate for the EU, alongside former socialist European states. The troubles basically started from this point onwards. There was a widely shared sentiment among the European Union countries (12, then 15 at the time) that Turkey should not become a member. However, an almost equally shared notion was that Turkey should in no case be lost to the "Western Alliance."

The structure of the EU was devised to encompass six countries in the beginning. Successive enlargements did not really alter the basic structure of the Union. Perhaps, on the eve of the fifth enlargement, which would cover 10 -plus two- new countries, a more modulated membership could have been designed, but incoming countries definitely refused a "second class membership." Anyhow, it would have been very difficult for the 15 member states to totally revise the founding treaties and establish a much debated "Europe à la carte."

The very comprehensive overhaul of the EU with what is commonly referred as the Maastricht system would have made it extremely difficult to change the structure of the Union. As of 1984, the European Commission, with more or less the blessing of member state governments, has come up with the idea that the European Union would never go beyond 12-member countries. That would become, in the minds of Lord Cockfield and his successor Jacques Delors, the future "hard core" of European integration: A very deep-rooted integration aspect, covering Justice and Home Affairs, but also establishing a common defense and security policy… At the fall of the Berlin wall, the European Union was heavily restructured to never exceed 12 members, which would go in an ever-deepening integration.

So on one hand, the EU had a hardly malleable new reformed structure, while on the other hand, it was obliged to help and support Central and West European countries struggling to get out of the Soviet type socialist system. The EU refused to choose between enlargement and re-reforming its internal structure. The enforcement of the Maastricht Treaty by the Copenhagen Council in 1993 held a green light for the membership of East European countries. It is necessary to underline that without the promise to accept EU membership, East and Central European countries would have entered a very deep turmoil, not to say mention possible armed conflicts. The idea to enlarge the EU was logical, far-sighted and generous. However, to keep the Maastricht system alongside the enlargement created a de facto situation: Obviously, candidate countries would have immense trouble abiding by the rules set forth by the acquis communautaire, therefore the evaluation of their performance pertaining to membership required great "consideration."

Of course, the easing of membership conditions should have also helped Turkey, the oldest candidate waiting at the doorstep of the Union, but that was not the true intent of EU countries.

On the other hand, in 1996, Turkey, against all odds, completed successfully a customs union, starting as early as 1971, showing that its economy, once thought to be totally unable to withhold competitive pressure within the Single Market, was not so weak after all. Therefore, the period between 1996 and 2004 is in fact a long hesitation on the part of the Union regarding the European future of Turkey. The only way to handle the situation seemed to delay as many possible conventional accession steps for Turkey, brilliantly carried out by European institutions. Despite the procrastination of EU governments, Turkey's candidacy had to be formally accepted and accession negotiations started in 2005. Throughout the political history of the EU, no accession negotiation has gone beyond seven years of technical work. So normally, by the horizon of 2012, Turkey would satisfactorily have completed the harmonization prerequisites. A long and tedious period of stagnation between EU and Turkey impregnated with increasing mutual defiance has been the "accession period" of Turkey. It is noteworthy that even the minimal progress achieved during integration process talks has been central to the improvement of Turkey's economy and business practices.

Both the EU and Turkey have been on the verge of a very dangerous rupture during the period between 2009 and 2013. Nicolas Sarkozy's "j'ai fait mon deuil de la Turquie" (I have accepted that Turkey is forever gone) policy illustrates clearly how deep relations could have been broken down.

Credit should be given to the determined stance of the Turkish government to remain at the negotiations table, but also important external dynamics brought Turkey and the EU close together. The first issue is the emergence of both Russia and Iran as regional powers. They definitely do not pose a threat similar to the Soviet system; however they are very capable of derailing both the EU and Turkey's attempts to bring more economic integration and stability to their neighborhood. For Turkey, the very pungent experience has been the case of Syria. Instead of seeing a free trade area encompassing Syria, Lebanon, Jordan and Turkey by 2011, the Turkish government helplessly watches its southern neighbor-turned-slaughterhouse for civilians. A major relief and accommodation effort, largely praised by the international media and agencies to help Syrian refugees did not earn Turkey any advantage to stop the waging of a civil war.

A similar situation has occurred in Ukraine, where, for the first time in its history, the EU ostensibly put aside its formal functioning to gather a "troika" of three Foreign Affairs ministers, those of France, Germany and Poland, who have been dispatched to Kiev to act as go-betweens among the Presidency and the popular opposition in the streets. Their mission seems successful to date. At least, they have been able to prevent the heavy social turmoil from degenerating into a bloodbath and civil war.

A second issue is that the US, for the first time since the end of the World War II, seriously considers pulling out of the European continent and European politics, having decided that the EU should definitely be mature enough to handle its future by itself. Neither Turkey nor the EU has ever experienced collaboration on an international level without the presence, to variable degrees, of the US. They will have to learn to conjugate their efforts through an increased system of collaboration.

That brings us to the essential question:

Which is the best collaboration system between the EU and Turkey? An "invigorated accession talks" platform could be very useful, but the accession table is by definition a totally asymmetrical system, where the EU dictates harmonization patterns to the candidate country.

What is needed is perhaps a sui generis system of cooperation and collaboration between Turkey and the EU or perhaps the systematic participation of Turkish representatives to some Council meetings that would go hand in hand with the accession negotiations, without replacing or overlapping them.

The idea is not new, it has been formulated many times since 1993, what perhaps is new is the gravity of the international situation.