Turkey and the EU, again… 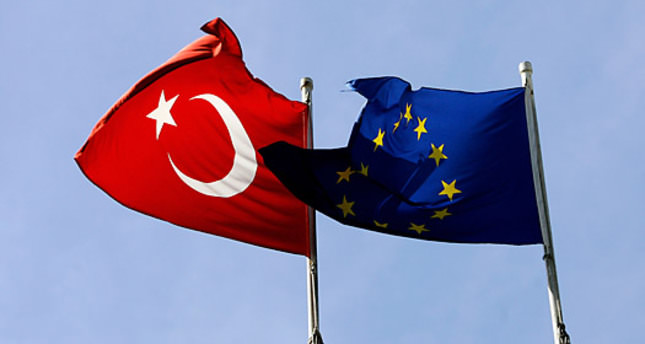 One might believe that reports prepared by outgoing institutions would not have a noticeable effect on the decisions ultimately made by member states. I think the problem lies there. Member states, at the level of EU governance, do base their assertions chiefly upon the work of Coreper, the Permanent Representatives Committee in Brussels, made up of Senior Ambassadors with sizeable delegations from their respective administrations.

In regard to Turkey, hardly any Council of Ministers decision has drifted from the double talk we see now. This last report is no exception. Starting with the same criticism for the eighth year in a row, the report claims Turkey has failed to fulfill provisions embedded in the Association Agreement and the Additional Protocol.

The translation in plain English is that the EU is asking Turkey to include Southern Cyprus within its customs area.

Simple, is it not? Since the self-proclaimed Turkish Republic of Northern Cyprus is nonexistent from an international law perspective, whenever we talk about "Cyprus," it denotes the Greek administered part of the island. This reality was taken into account during negotiations between Turkey and the EU in 2004. In exchange for a simple alleviation of an international embargo over Northern Cyprus, Turkey would accept to open her ports and airports to ships and planes flying the Cypriot flag. The deal was made in 2004 when EU leaders promised to extend special advantages to Northern Cyprus without giving way on formal recognition. By the same token, Turkey has agreed to open her doors to Southern Cyprus, without extending formal recognition.

The accession negotiations which began in October 2005 coincided with the second year of membership for Southern Cyprus. The first political move they made was to block any attempt on the part of the EU to alleviate the economic embargo on Northern Cyprus. Turkey, by means of retaliation, has continued her very lax embargo on Greek Cypriot ships and planes. All of a sudden, the deal was over but Turkey still had to fulfill her promises, because it was an integral part of the acquis communautaire (the EU law, again in plain English).

Since the promises made to Turkey were only "opinions" or words of honor, they did not count very much. Anyhow, leaders who brokered the deal were not in office anymore and all of a sudden, the problems of Cypriot ships have become a long overdue overdraft to be paid by Turkey. In the meantime, it became obvious that Greek Cyprus was working as a money laundering tax haven for Putin's oligarchs. However, seeing as such a fact was not in line with the acquis, it has been ignored by the EU.

The EU Commissioner of Enlargement Stefan Füle, in his closing remarks at the parliament, said that any candidate state seeking membership in the EU had to fulfill all its obligations, and that there were no shortcuts for anyone, probably forgetting Bulgaria and Romania. If the word "anyone" is replaced by "Turkey," it is not possible not to agree with the commissioner.